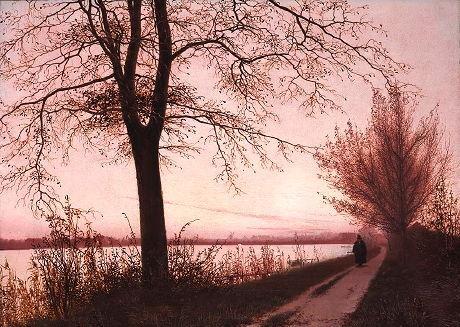 Photos in the Baltic region

The universe of photography has a few focal points, whether Madrid for the Festival Photo España (June), Arles for the Rencontres internationales (July), Paris for the Paris Photo fair (November), then Florence for the Alinari museum, New York for the International Center of Photography, Charleroi for its museum This brief cosmopolitan geography is enriched today with a new pole: Stockholm. Indeed, it is about to inaugurate its new Fotografiska museum. Set up in a completely restored, 1906 Art nouveau industrial building (the former customs building), it has 2500 m2 of exhibition space as well as a cafe, a boutique and conference rooms all considered mandatory in a museum today. The museums means match its ambition (25 million Euros): four important exhibitions every year and a «galaxy» of some twenty small exhibitions. The program starts with Joel Peter Witkin, the chic eroticism of Vee Speers, Lennard Nilsson, the photographer of life before birth, and Annie Leibovitz. There are no real discoveries, but rather the demonstration that the big wheels also have their place at Fotografiska.
Fotografiska opens on 21 May 2010.

BARCELONA - Milk bottles photographed for what they are milk bottles. The accumulation of steel from the Eiffel tower looked at, up very close. Quick, metallic and shiny machines. Strange anglesbrusk angle shots and low-angle shots. Following World War I photography went through a violent mutation. The pictorial temptation was set aside and the both beautiful and frightening, mind-blowing progress of the XXth century was looked at straight in the eye and presented with new frames and themes. By using the means of communication and transmission  train, car, telephone, the press  various capitals were able to move forward on equal footing. It was the case for Paris, Barcelona and Prague, as can be seen in this retrospective of some 170 photographs, bringing together Hans Bellmer and Germaine Krull as well as Czech artists Karel Teige and Josef Saudek or the Catalan Pere Catala Pic or Josep Maria Lladó.
Praga, París, Barcelona. Modernitat fotogràfica de 1918 a 1948 Prague, Paris, Barcelona, a photographic modernity 1918-1938 at the Museu nacional dart de Catalunya from 18 May to 12 September 2010.

COPENHAGEN - He is practically unknown in France and it is difficult to measure his popularity in his native Denmark: Christen Kobke (1810-1848) is considered there as the great master of the Romantic landscape. The 200th anniversary of his birth is being celebrated by this exhibition that puts him face to face with another European giant of the same genre, Caspar David Friedrich (1774-1840). Some twenty paintings are presented to measure the way the representation of nature has evolved from a simple topographic transcription to an evocation full of effusion and mystery. It would be ideal to complete this visit with the one of the monographic exhibition at the National Gallery of London dedicated to Kobke: one could then confirm that the artist expressed his talent in portraits as well as in genre scenes.
A Meeting of Masters : Kobke and Friedrich at the Ny Carlsberg Glyptotek, from 21 May to 18 July 2010.

Christen Kobke at the National Gallery of London until 13 June 2010.

War and peace by Picasso

LIVERPOOL  Everyone knows Guernica but everyone also knows the Dove: Picassos war destroyer side had an alter ego in his peace harbinger side. In any case this is the theme the Tate Liverpool has followed for the impressive reunion of 150 works by the most famous painter of the XXth century. The exhibition covers the Cold war period (from 1944 up to Picassos death in 1973), and deals both with the sombre moments of Francoism (the Monument to the Spaniards who died for France) and the hope in the peace movement. The Dove was the emblem of the latter during the Ist International Peace Conference in Paris in 1949, in which the militants were confronted with reality: it was during the Cuban Missile Crisis (1962) that Picasso painted a Rape of the Sabine Women which of course had a very wide symbolic influence.
Picasso: Peace and Freedom at the Tate Liverpool, from 21 May to 30 August

 It is a major Italian museum, unfortunately hardly known by the public. Now, it has made a part of its collection travel, and presents the exhibition Trésors de lAccademia Carrara at the museum of Fine Arts of Caen. Until 19 September 2010.

 In Paris, the Bibliothèque nationale de France pays homage to figurative artist Gilles Aillaud (1928-2005) and to his bestiary in Encyclopédie de tous les animaux y compris les minéraux. From 26 May to 18 July 2010.

 In Torino, the Pinacoteca Agnelli presents the Museum of everything, a subjective choice of 300 works by «non-traditional artists» of the XXth century, between naïve art and art brut, from Henry Darger to Miroslav Tichy. Until 29 August 2010.

PARIS  The warming-up of the planet should be good for international commerce: hand fans, once upon a time a big vogue, are no longer seen, not even at the bullfights. But they have always been prized by collectors as we can see in themed auctions. This particular auction will allow us to cover the history of hand-fans, from a Toilette de Vénus, produced towards 1730 inspired by a work by Albane (lot 6, estimated at 1 000 ), up to a creation by Sergik in 2010, an asymmetric aluminium frame (lot 1, same estimate). We vision landscapes from the Great Tour, different romantic scenes or crossword puzzles «laid out» by Rose Adler, who worked for couturier Jacques Doucet (lot 120, estimated at 2500 ). Not everything is as expensive: some very elegant hand screens from the Second Empire, in silk with lacquered decor, are expected at less than 300 .
Eventails at Richelieu-Drouot (SVV Deburaux) on 26 May 2010

If the word «pot-pourri» were to take on its full meaning, it would be with this American artist born in 1950. Her work is a sort of encyclopedia of found objects, recombined in a way to let them (re)find some sense. It can simply be with some dead leaves, as she showed in the spring of 2005, at Lelong in New York, where she exposed 1151 of them, something of a large out-of-tune symphony, dedicated to autumn. This time, at the galerie Lelong in Paris, she shows other means of action in which the collage and the overlapping of elements  butterflies, old cards, old photos, the whole lot often faded - creates a feeling of absurd or dislocation quite similar to that of the Surrealists and the Dadaist artists.
Jane Hammond at the galerie Lelong (13, rue de Téhéran, 75008 Paris), from 20 May to 10 July 2010.

Of course the Garamond, the Didot and the Bodoni still exist. As well as the classics of the XXth century such as the Gill, the Helvetica or the American Typewriter. But the arrival of the computer and of digital technology has multiplied the printing characters to infinity. The model makers know it well since, for every work they do, they can «charge» on their computers hundreds of different fonts at the level where the former typist lined up his lead letters  The book furrows through this ever-evolving typographic jungle while trying to put it in order. Here we have fonts that appear «liquid», floral, psychedelic or electronic. Certain letters resemble branches, or hairs and even Swiss knives (the Toyphabet by Viktor Koen). Under a very innovating appearance, they often admit borrowing from the past, from the futurist Bifurk or the Lubalin. Art is a permanent recycling
Nouvelle typographie ornementale par Steven Heller et Gail Anderson, Thames & Hudson, 2010, 192 p., 34,95 .

BUCHAREST  The international biennale of contemporary art, focused on the link between artistic practice and social link, will be held from 21 May to 25 July 2010.

HASTINGUES (Landes)  The international ceramics festival, dedicated this year to Togo, will be held at the abbey of Arthous from 22 to 24 May 2010.

NEW YORK  The American Association of Museum Curators (AAMC) elected Bauhaus 1919-1933, presented at the MoMA until 25 January 2009 as the best exhibition and the best catalogue for the year 2009.

NEW YORK  In its sales of Latin-American art on 26 and 27 May 2010, Christies offered works by Botero (Woman on a Horse, estimated at 1 million ), Frida Kahlo, Torres-Garcia.

PARIS  The Temps forts de Drouot, presenting the most beautiful future lots for sale, will be held at Drouot-Montaigne from 19 to 24 May 2010.