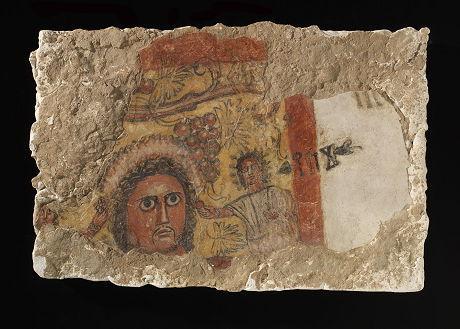 Our next issue will appear on September 9 2010. Have a nice holiday!

Another type of football is possible

We are all certainly suffering from an overdose. The World Cup has exhausted the most resistant and probably some amateurs as well. It would therefore be quite audacious to offer them a third half Yet, in the media storm that overwhelmed us, we had few opportunities to be objective. Aside from the French vaudeville, the Italian fiasco and the German power, what other keys do we have to appreciate this ballet of modern times? We say ballet because football, after rowing and horseback riding, has been the favourite sport of avant-garde painters for the past century. Douanier Rousseau started as of 1908 with his Footballeurs in stripped pyjamas (at the Guggenheim de New York), who seem to play royal tennis. Then there were the Cubists, in particular Albert Gleizes in 1912 (his Footballeurs at the National Gallery in Washington) and André Lhote in 1918 (painting with the same title sold in May 1999 at Sothebys), who put the athletes through the colander of Abstraction. But the champion in all styles is undoubtedly Nicolas de Staël. He was bewitched by the France-Sweden game on 26 March 1952 and painted in one swoop a series of 25 paintings. Many of them are exhibited at the retrospective currently dedicated to him at the Gianadda foundation. To be savoured during break time
Nicolas de Staël at the fondation Gianadda in Martigny (Switzerland) until 21 November 2010.

The Football players by Douanier Rousseau

The Football Players by Albert Gleizes

BADEN-BADEN -Jean-Louis Prat, director of the Maeght foundation for three decades, is beginning a new career on the other side of the Rhine, where he is in charge of the summer program at the Frieder Burda museum. His wealthy list of contacts will allow him to easily have very special loans. It will be the case this year with an artist he knows well since he had very close links with the Maeght galaxy: Joan Miró. In order to explore a very accessible theme «Mirós colours» - the curator could count on international institutions such as the Louvre or the Thyssen-Bornemisza museum in Madrid, as well as on the artists family, who lent a few treasures. In total, some one hundred works  paintings, drawings as well as sculptures and ceramics  confirmed the Catalan artist did not see life in black and white.
Miró, the colours of poetry at the Frieder-Burda museum, from 2 July to 14 November 2010.

BIOT  In the beginning of the XXth century, the whole lot of road or railway signs needed to be defined. This exhibition at the recently restored Fernand-Léger museum is quite original: it tries to build passages between these works of normalisation and the research carried out by artists of that time. In the two cases we find a comparable obsession with the synthetic figure  circle, point, triangle , for the symbol  arrow, silhouette  and for the «eloquent» colour red above all. Visual communication was taken very seriously by the Bauhaus, under the impulse of polyvalent artists such as Josef Albers or Max Bill. The exhibition closes with the International Exposition of Science and Techniques in 1937 in Paris, where the Delaunay spouses had decorated the Palais des chemins de fer(Palace of the Railways).
Disques et sémaphores. Le langage du signal chez Léger et ses contemporains at the musée Fernand-Léger, until 11 October 2010.

The Louvre, in the Arab age

PARIS  The Louvre museum is getting ready to open a pole in Abu Dhabi, in a building designed by Jean Nouvel (in 2013). It will be inaugurating its new department on Islamic Arts at almost the same time (2012), under a canopy in the form of a flying carpet, designed by architect Rudy Ricciotti. It is not surprising that the outcome of these tighter bonds between the great museum and the Arab world should be these well-targeted exhibitions. It is the case of this evocation of six thousand years of Saudi Arabia, presenting some 300 objects rarely taken out from the institutions of Riyadh or Jeddah. Figurative presentations appear in the first part through Hellenistic frescoes, funerary steles or statues of the former kings of Lihyan. The second part, dedicated to the arrival of Islam, is clearly less anthropomorphic: it is concentrated on decoration and writing.
Routes dArabie. Archéologie et histoire du royaume dArabie saoudite at the Louvre museum, from 14 July to 27 September 2010.

 A selection of pieces from the Collection Sandretto Re Rebaudengo in Torino, including Doug Aitken, Eva Marisaldi or Fiona Tan, is being shown at the Palais Lumière, in Evian. Until 19 September 2010.

 In Monaco, at the Grimaldi Forum, Tokyo-Kyoto and its 600 objects explores the evolution of Japan from the Samurais to the mangas. From 14 July to 12 September 2010.

 The exhibition Matisse 1913-1917 at the MoMA in New York dedicates an ambitious retrospective to a key period in the artists career. From 18 July to 11 October 2010.

ARTIST OF THE SUMMER

Louis Cane: from abstraction to the nude

He has something in common with Jean Hélion or Fautrier in his pendulum game between abstraction and figuration, as if to prove these worlds are not totally sealed  After playing with the Supports/Surfaces movement in the 1970s, when it was a question «deconstructing» the painting, Louis Cane (born in 1943 in Beaulieu-sur-Mer) ventured far into the informal, into «serial» art, cut-outs, buffering, painting on sheets. It is undoubtedly his taste for colour that placed him back on the traces of the Ancients. In the beginning of the decade of the 1980s, his creations included human faces, as reinterpretations of masters of the past, Vélasquez or Manet. He plunged into the coatings of the Italian Renaissance, compared himself to Paolo Uccello or Giotto, rediscovered the sacred and then nude figures. The seventy works presented offer a new way of looking at his untypical itinerary, in the appropriate venue  a Benedictine abbey, with one thousand years of history
Louis Cane is presented at the Centre dart contemporain of Meymac (19250), from 11 July to 10 October 2010.

 Alechinsky is shown at the musée Granet in Aix-en-Provence, for his production inspired from landscapes in the French Midi. Until 3 October 2010.

 Henri Cueco challenges Ingres at the Montauban museum, with drawings that are sometimes gigantic (up to 5 metres long). From 9 July to 7 November 2010.

 This is truly the William Kentridge season as the South-African artist presents «Cinq thèmes» at the Jeu de paume and is also present at the Louvre with his «Carnets dEgypte». Until 30 August (Louvre) and up to 5 September 2010 (Jeu de paume).

 Vladimir Velickovic is the subject of two exhibitions: at the Espace dart contemporain Saint-Martin in Montélimar for his painting since 1968 and at Eysines, near Bordeaux, for his more recent paintings. Until 15 August (Eysines) and 26 September 2010 (Montélimar).

She was one of André Bretons three wives, maybe the one that counted the most in his intellectual itinerary, and the mother of his daughter Aube. Jacqueline Lamba, who died in 1993 at the age of 83, had a chequered itinerary as befits a woman in her position. She lost her father in a car accident in Cairo, then her mother when she was still a teenager, and she made a living as a nude swimmer in a club on the Champs-Elysées before seducing André Breton in a café on place Blanche. The paintings by the woman who befriended the Surrealists then abstract Expressionists through her second husband, sculptor David Hare, deserve our interest. But it was rather her itinerary, her friendships, her love affairs and her rivalries that fascinated. Picasso, Eluard, Dora Maar, as well as Trotsky and Frida Kahlo during a trip to Mexico, then Peggy Guggenheim, Sartre, Victor Serge, Claude Lévi-Strauss, or even doctor Ferdière, who cared for Antonin Artaud, who all at some point were very close to her. The whole exhibit draws up a true portrait in relation to the culture of the first half of the XXth century.
Jacqueline Lamba, peintre rebelle, muse de lamour fou, by Alba Romano Pace, Gallimard, 2010, 320 p., 23,50 

 In Visite privée (Private visit), photographer François Halard, known for his fashion series for major magazines, enters the intimate world of the artists  from Rauschenberg to Barceló  to create for himself a sort of ideal workshop. Actes Sud, 2010, 45 .

 Christine Colin offers a new classification of the objects that marked our environment in Question(s) Design. Flammarion, 2010, 39 .

 Heliopolis, directed by Marie-Cécile Bruwier and Anne Van Loo, makes us relive a great utopia of town planning of the XXth century: a city-garden at the doors of Cairo. Fonds Mercator, 2010, 60 .

One of Marcel's lives

Marcel Duchamp has become such an icon that we have lost the notion of his iconoclasm. Of course we all remember his bicycle wheel, and his bottle rack as well as his Fountain (pissotière) But what do we know beyond that? The interest of this movie is to produce images that are far less-known, that accompany the genesis of his major works as well as recall his overflowing work in all fields. Duchamp was a womanizer (from American Mary Reynolds to Maria Martins, the wife of the Brazilian ambassador to the USA, up to Teeny Matisse, divorced from gallery owner Pierre Matisse), an outstanding chess player as well as a merchant (in 1926 he sold 80 works by Picabia to the Drouot auction house then set up a Brancusi exposition in New York) and even an inventor who participated in the famous Lépine contest! Two hours of images, whether animated or not, allow us to see a form of unity in his itinerary and to show the importance of the human factor: Duchamp learned very early in life to attract the favour of the very wealthy American collectors such as the Arensberg or the Dreier, which definitely helped his «canonisation».
Marcel Duchamp, iconoclaste et inoxydable, a movie by Fabrice Maze, 180, Sevendoc

LONDON  Collector Charles Saatchi has announced he will donate his gallery in Chelsea and his 200 works of contemporary art to the British State without specifying the exact date.

The article in The Guardian

LONDON  Jean Nouvel is the designer of the 10th temporary pavilion of the Serpentine Gallery in Hyde Park, coinciding with its 40th anniversary. It can be visited from 10 July to 17 October 2010.

MONTPELLIER  Following the model of Chauffe Marcel ! from 2006 and of La dégelée Rabelais from 2008, the event Casanova Forever (until 3 October 2010) is an itinerary through contemporary art centered on the figure of the character of the Century of Enlightment.

PARIS  The Louvre museum will reopen its Greek and Hellenistic art rooms to the public on 7 July 2010, after rearrangement works.

ROME  The new museum MAXXI, dedicated to art of the XXth and XXIst centuries, announces 75 000 visitors during the first month following its opening, on 27 May 2010.

VALLAURIS - The 40th International Biennale of Vallauris  Contemporary creation and ceramics  will be held from 3 July to 15 November 2010 with 14 American artists as guests of honor.

LYON -The musée de l'Imprimerie presents as of 15 October 2010, the incredible creativity of the London Underground during the first half of the XXth century, by exhibiting 85 posters from the Yale Center for British Art collection.