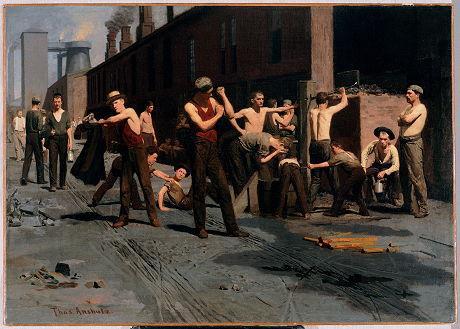 Not every town can know the exact date of its foundation. The Vietnamese capital, Hanoi, remembers it was created in 1010 when King Ly Thai To left his capital Hoa Lu to settle there. This first millennial will be celebrated with great pomp on a date that is highly symbolic: 10.10.10 (10 October 2010). Aside from the parades, puppet shows and fire works, the disciplines in which the Vietnamese excel, the celebration includes the inauguration of the new museum of the History of Hanoi, designed by the German agency GMP in the new districts that have undergone an accelerated vertical urbanization. Contemporary creation is also included in the programme, since aside from the Ceramic Road (mosaics), 4 kilometres long made by numerous artists that decorates the dyke, there is a lot of expectation around the happening led by Dao Anh Khanh, who likes to mix dance, fire and acrobatics. His installation should extend to almost a kilometre in the district of Gia Lam, with dozens of inflamed cones that copy the shape of young bamboo. This symbolizes, no doubt, the energy of a city that is developing in all directions and which Uncle Ho would have trouble recognizing

AMSTERDAM-Léon Lhermitte, Jules Bastien-Lepage, Anders Zorn, Albert Edelfelt had trouble surviving through time. At the end of the XIXth century, these artists were the main exhibitors of Naturalism, the movement that intended to bring back to life peasants, workers and poor people with precise topographic studies and documents, through which they competed directly with the photographs of the same era. This exhibition pulls them out of the oblivion they were in, and we are reminded that they themselves used photography as a tool. The lack of interest they suffer from also comes from the nature of their sponsors. Since they worked for municipalities, ministries or public authorities, their works were purposely monumental and hence impossible to transport such as their frescoes- which kept them away from the art market and the world of collectors.
 Illusions of Reality at the Van Gogh museum, from 8 October 2010 to 16 January 2011.

LONDON - Without Canaletto, could Venice have had that aura of a postcard? As of the XVIIIth century, British travellers of the Grand Tour got into the habit of bringing back views of the city. The wealthier ones could of course afford originals and Giovanni Antonio Canal, known as Canaletto (1697-1768), trained in theatre decoration, reoriented his activity to please that clientele. Through some fifty paintings, the exhibition shows his main masterpieces (among them Reception of Ambassador Jacques-Vincent Languet, from the Hermitage) as well as the production by his rivals and associates (of which some died too early such as Michele Marieschi), by his predecessors (Vanvitelli, Lucas Carlevarijs) or his successors, from his nephew Bellotto, up to Francesco Guardi. The latters demise in 1793, when Venice lost its independence, symbolically marked the end of Venitian «vedutisme» and is the final touch of this exhibition.
 Venice: Canaletto and His rivals at the National Gallery, from 13 October 2010 to 16 January 2011

VIENNA  It is not very easy to group together such a beautiful selection of drawings by Michelangelo. The works presented are both fragile and scattered over many public and private collections. These nearly 120 pages include the oldest we know of (the sketches for the Battle of Cascina) as well as the preparatory works for Last Judgment at the Sistine Chapel, to put an end to the theme of the Crucifixion, which seemed to obsess the artist towards the end of his life. To have some elements for comparison, works by some of his disciples such as Daniele da Volterra or Sebastiano del Pombo are presented in counterpoint.
 Michelangelo, the drawings of a genius at the Albertina, from 8 October 2010 to 9 January 2011.

 The saga of the Impressionists in Paris is retraced at the Folkwang museum in Essen in Images of a capital. From 2 October 2010 to 30 January 2011.

 The Metropolitan Museum in New York will dedicate a retrospective to Flemish master Jan Gossaert. From 6 October 2010 to 17 January 2011.

The major historic workshops, Réveillon, Tassinari & Chatel, Zuber will be present in this sale of materials, one of the specialties of the Coutau-Bégarie auctioneers. A panoramic from the third house should reach one of the higher prices at the sale. Everyone expects at least 4500  for this idyllic vision of the Hudson River and the West Point military academy, in its first years (it was founded in 1802 and the wall paper is from 1834). A lot of space will be needed to display this New World: the strips run over 7 metres long. As a counterpoint, a European work is curiously presented under the name Eldorado: it is the calm of flowers on the shores of an Italian lake. It has the same estimate, so the fight is between America and Europe. Who will win? As for the other works presented, there are wall-papers presented in rolls or in sample books, in fashion magazines, gouache studies, cashmere shawls, brocades and Chinese lampas, organdie and muslin (in particular from the 1930s)  A real treasure chest, with rates that are rather accessible since the first lots will be sold for under one hundred Euros.
Etoffes, costumes, papiers peints anciens at Drouot-Richelieu on 8 October 2010 (Coutau-Bégarie SVV).

Lê Hong Thai in his studio in Hanoi

In front of his house near the dyke on the Red river in Hanoï, an old truck is rusting away  covered with gold leaf. In this manner artist Lê Hong Thai symbolises the irruption of the new golden calf in a country that has left behind communist austerity. Though money seems to be bountiful in the new Vietnam, local artists do not really profit from it. The network of collectors is at its beginnings, and most orders come from foreign buyers. The artists favorite themes are women, daily life, household objects, as he uses a very personal technique of lacquer over cloth which demands a number of layers. A very talented artist, Lê Hong Thai had great problems with the censure for representing a character with a small beard  considered sacrilegious in this country as it can only be interpreted as being Ho Chi Minh. We hope to see this secret creator, an amateur of kung fu and of bonsais, in France soon. He works in the tranquillity of a mountain home, transplanted to the city: he is the perfect candidate for the contemporary art programme at the musée Guimet.

We all know (by name at least) the architects of the period between the two wars and of the reconstruction, and then those of the stars of the end of the century: on the one hand Le Corbusier, Perret or Mallet-Stevens, on the other Portzamparc, Nouvel or Perrault. But those caught between these two periods remain somewhat in limbo. This book pulls them out of there, temporarily by focusing on a theme which at first glance can seem difficult: the Parisian building in the decade of the 50s. Presented like a dictionary, it has us rediscover Jean Ginsberg and Jean Dubuisson, and has us understand the new decorative importance of the basement (the space between the floor and the window), that of the post or of awnings. The fundamental question of size  up to what height can one build?  is looked at in particular in the articles «building line» and «tiers». In the regulations from 1950, the choice of building taller buildings without darkening the narrow streets below led to the hybrid compromise of raising the top part and setting it back, giving the buildings a pyramid-style profile
Paris 1950, un âge dor de limmeuble, by Simon Texier, pavillon de lArsenal publishing house, 2010, 27 . Do not miss: the exhibition at the pavillon de lArsenal, until 7 November 2010.

BERLIN  105 galleries participate in Art Forum, the modern and contemporary art fair, from 7 to 10 October 2010.

BERLIN  The 6th edition of the Preview contemporary art fair will be held from 8 to 10 October 2010 in the former Tempelhof airport.

GAND  The STAM, the museum of the city of Gand, will be inaugurated on 9 October 2010.

LJUBLJANA  The 22nd design biennale will be held from 7 October to 7 November 2010.

LONDON  Zaha Hadid was awarded on 2 October 2010 the Stirling prize for architecture, given by the RIBA (Royal Institute of British Architects), for her Maxxi museum in Rome, inaugurated last June.

MARRAKECH  The 1st Marrakech Art Fair, the contemporary art fair, groups together some forty international galleries at the Es Saadi palace from 8 to 11 October 2010.

MURCIA  Manifesta, the European biennale of contemporary art, will open on 9 October 2010 its 8th edition in the region of Murcia and Cartagena.

SAO PAULO  The 29th biennale of São Paulo will be held in the Ibirapuera park until 12 December 2010.

ROYAL MUSEUMS OF ART AND HISTORY : REOPENING OF THE «SOUTH-EAST ASIA» ROOMS

BRUSSELS -Since 1st October 2010, the South-East Asia collections of the Musée du Cinquantenaire are once again visible, set up in five renovated rooms in a new scenography that enhances the value of the works.