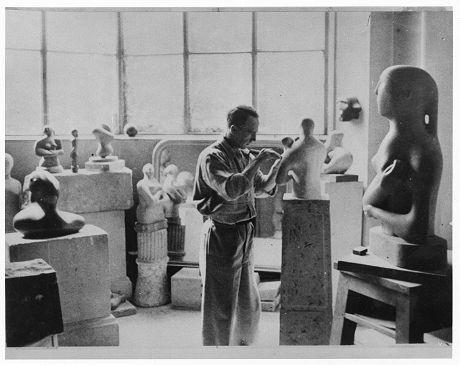 The 2009 edition of the FIAC, in the Cour carrée of the Louvre. © Emmanuel Nguyen Ngoc.

New directions for the FIAC

PARIS  This is October, the season for duels: on one side we have Frieze in London, on the other the FIAC in Paris. Competition hurts no one and as we can see the French contemporary art fair has gained some momentum, by setting up in a new venue such as the Cour carrée of the Louvre and the Tuileries gardens and has opened up to new disciplines such as design, it undoubtedly owes it to the arrival of its British rival. For its 37th edition, it will welcome 195 galleries from 24 countries. And while it is stepping back in the field of design, it inaugurates a section dedicated to artists films. The event has also partially changed directors, as Martin Bethenod has gone to Venice to direct the Pinault galaxy (Palazzo Grassi and Punta della Dogana), and Jennifer Flay becomes the sole general director.
 FIAC at the Grand Palais, from 21 to 24 October 2010.

LAST DAYS! UNTIL OCTOBER 24 Do Not Miss... FROM DEGAS TO PICASSO JEAN PLANQUE COLLECTION, a major ensemble including more than 130 works at L'ESPACE DART CONTEMPORAIN FERNET BRANCA in SAINT-LOUIS. Read Art-of-the-day article

BRUSSELS - In total some one hundred works of art (forty paintings and even more prints) by Cranach the elder (1472-1553). We had not witnessed such a reunion in a long time. The retrospective at the Palais des Beaux Arts intends to be exhaustive since it covers all the periods of this artist with such a long life, from his beginnings in Vienna in 1500 up to his last productions at the court of the Elector of Saxe. His nudes of course are present, troubling in their dual identity as erotic and pretentiously moralizing. But we of course have the portraits of Luther and other actors of the Reform and the Counter-Reform, his numerous prints on wood, a field in which he was a virtuoso. This exhaustiveness follows a guiding thread, that of Cranacks relations with Flemish art. While his trip to Flanders only dates back to 1508, he was already influenced by artists such as Quentin Metsys or Lucas of Leyde, whose works are presented here as a counterpoint to his.
 Le monde de Cranach at Bozar, from 20 October 2010 to 23 January 2011.

Courbet, a return to Frankfurt

FRANKFURT - A few years ago the Grand Palais in Paris invited us to the «final» retrospective on Courbet at the end of 2007. Here is another approach of the painter in which he is no longer the herald of realism but rather as the announcer of an art based on dreams, on introspection, on absence. He inspired Cézanne, Picasso and even Neo Rauch, an artist who works on his paintings with a knife, making rocks translucent and water opaque, and whose characters lose themselves in morbid thoughts. Among the nearly one hundred works of art presented, some have were painted or conceived in Frankfurt: indeed, Courbet lived here for a few months in 1857-58. Thus this city was one of the first outside of France to be allowed to appreciate lEnterrement à Ornans (Burial at Ornans) which was judged here like elsewhere scandalous, for its grandiose approach of a «vulgar» event.
 Courbet, A Dream of Modern Art at the Schirn Kunsthalle, from 15 October 2010 to 30 January 2011.

PARIS - The love story between the Rodin museum and Henry Moore has been going on for over half a century: already in 1906, the Parisian museum had invited the British artist to exhibit during the International Exhibition of international sculpture. Following other encounters in 1959 or 1961, Moore, who of course included Rodin, next to Michel-Angelo, among his greatest sources of inspiration, has came back in force: two large sculptures of which the Arche 6 metres tall, occupy the central court, while other large formats have taken over the nave. The rest  nearly 150 works in total -, has been set up to evoke the atmosphère of Moores workshop in Perry Green, in the Hertfordshire, north of London. Next to the drawings and small plaster models, his entire workshop is set up with his chair, his cane, his used briefcase, his boxes, his shells, the skull of a black rhinoceros
 Henry Moore, latelier, sculptures et dessins at the musée Rodin, from 15 October 2010 to 27 February 2011.

 In Geneva, the fondation Barbier-Mueller presents Gan, royaume méconnu dAfrique, a large exhibition on the Gan population from Burkina-Faso, masters in bronze ritual objects. Until 30 April 2011.

 In London, in Move, the Hayward Gallery takes on the subject of dance in contemporary art by inviting visitors to take part in performances. Until 9 January 2010.

 In Paris, the Fondation Pierre Bergé Yves Saint-Laurent presents the latest creations by David Hockney: his digital drawings on an iPhone and an iPad. From 20 October 2010 to 30 January 2011.

PARIS  In spite of its now official recognition in a specialized museum in Lausanne, its strong presence in the new musée dArt moderne in Lille Métropole, and the fact that major figures such Augustin Lesage are included in retrospectives at the Centre Pompidou or at the Halle Saint-Pierre à Paris, art brut hardly ever is present in auctions. Now here is an interesting sale by an auction home that has built itself a certain reputation in the field. Of course we will see some (now) renowned names such as the aforementioned Augustin Lesage (estimates between 20 000 and 30 000 ), Anselme Boix-Vives, Michel Nedjar, as well as Gaston Chaissac and his friends grouped together by Dubuffet under the name «New Invention». Other less known artists are also present, and their intention of filling out space with arabesques, lines, geometric forms, often with «poor» instruments (ballpoint pens, felt pens), is remarkable. We think of Janko Domsic, Madge Gill or of creators who are still active such as René «le Bedeau» or Matsumoto, which one can sometimes buy for a few hundred Euros.
 Art brut et neuve création at Tajan on 25 October 2010

Pinoncelli, by whom the scandal comes

He plays the part of the iconoclast, which etymologically means the one who breaks icons. Pierre Pinoncelli (born in 1929) proved it by smashing Marcel Duchamps urinal twice: in 1993 in Nîmes (after using it precisely to urinate) and then in 2006 à during the Dada exhibition at the Centre Pompidou. Such a performance would maybe have made Marcel laugh but it was not greatly appreciated by the persons in charge of the museum, and Pierre Pinoncelli was taken before a court. The recidivist was not a first time offender: in 1969, he had shot Malraux with red paint. These spectacular operations have hidden the main work by the man who adopted Nice as his town (and consequently he is a fellow companion of Arman, Ben or César). His production, shown at galerie 53, had not left his workshop for nearly fifty years: these are small characters from 1962-63, homunculus in strange shapes who seem completely harmless.
 Pierre Pinoncelli is shown at galerie 53 (53, rue de Seine, 75006 Paris) from 26 October to 20 November 2010 (and at the Art Elysées fair, from 21 to 25 October 2010).

A certain atmosphere is what first comes to mind when leafing through this book. It is a convincing evocation of a universe that is reputed or being in danger of disappearing, the Paris flea market at Saint-Ouen, unfolded over twenty hectares. Stuffed animals, Art deco furniture, Louis XVI dressers or velvet Napoleon III low armless chairs can be seen. Overmantels, vases, pieta sculptures and magots are also found through the sixteen different markets, from Serpette to Jules-Vallès. Anything can be found at the flea market, but for those who have no intention of buying a visit is just as gratifying, as it opens perspectives on other worlds. The text gives a brief history of the institution and describes some of the most active dealers, of the présent as well as from the past, with the unequaled Madeleine Castaing, Jacques Kerchache or the very precocious Marc-Antoine Pâtissier. Not omitting the buyers who contributed to the markets fame, among them Noureev, Louise de Vilmorin and the Americans
Antiquaires, le marché aux puces de Paris, texts by Laure Verchère, photographs by Laziz Hamani, Assouline, 2010, 192 p., 59 .

CASSEL (France)  The Musée départemental de Flandre, dedicated to the Flemish cultural identity of the past and of the present, will reopen the 23 October 2010.

LONDON  The installation by Chinese artist Ai Weiwei in the Turbine Hall at the Tate Modern closed on 14 October 2010, two days following its opening. According to the museums management, the 100 million porcelain sunflowers grains produce a harmful dust when stepped on. The exhibition can only be seen from far.

NEW YORK  The Claims Conference, an organization that works in favor of returning property taken from the Jews by Nazi Germany, has just put online a catalogue of the 10 000 works of art stolen in France and in Belgium.

PARIS  Art Elysées, a modern and contemporary art fair, will be held on the Champs Elysées, from 21 to 25 October 2010.

THE SUDRE, A FAMILY OF PHOTOGRAPHERS

ISSOUDUN - The Musée de lHospice Saint-Roch présents a real history of photography through the Sudre family. They were active in portraits, landscapes, architecture or still lives.

FROM WALL TO WALLPAPER

PRANGINS  The Musée national suisse presents in the venue of the castle of Prangins the fascinating evolution of painted paper, from the XVIIth century to the creations by contemporary artists.