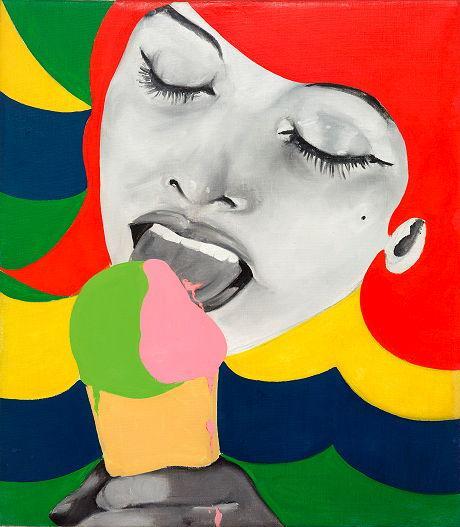 BARCELONA  This has been going on for 128 years. Though the Sagrada Familia was consecrated a basilica on 7 November by Pope Benedict XVI, it is a work in progress. After Gaudi left it unfinished, five or six architects worked tirelessly on it up to the current flame bearer, Jordi Bonet, but no one has managed to wrap up the work of art. According to realistic forecasts, it is believed it should be finished by 2026 (for the 100th anniversary of Gaudis death), when the 170 meter-tall spire will tower over Barcelona. Does it make any sense to finish a building so closely associated to its designer, such a long time after his demise? This is not the first time this question comes forward. Le Corbusier, with the Church of Firminy, served as a testing ground. Our Western, rational culture, wants things to be finished and perfectly polished. Our ancestors from the XVIIIth and XIXth centuries were different as they felt ruins and abandoned projects as having a soul

HURRY UP, LAST DAYS! UNTIL NOVEMBER 15... RASHID RANA, Pakistans leading contemporay artist confronts himself with the treasures of the past at the MUSÉE GUIMET in PARIS. Read Art-of-the-day article

AND ALSO... UNTIL NOVEMBER 16... the SALON DAUTOMNE with 450 contemporary artists and a multidisciplinary program at L'ESPACE CHAMPERRET in PARIS. Read Art-of-the-day article

Angola before the slave trade

PARIS  There are fetishes with nails that give the power to influence reality And masks used in the initiation of boys and are used as messengers towards the ancestors There are insignia of power just like scepters, chairs or swords The exhibition of the Dapper museum shed light on ill-known African cultures, which followed one another on the current territory of Angola. Around the statue of Chivied Ilunga, the mythical king who is believed to have governed during the XVIIth century, made of wood, hair and pigments, from the Sciences museum in Porto, nearly 150 objects tell us the story of a golden age prior to the slavery drive. Wood as well as brass, vegetable fibers, pearls, grease and ceramics make up these fragile objects on loan from Luanda, Geneva, Leyde or private collections.
 Angola, figures de pouvoir at the musée Dapper, from 10 October 2010 to 10 July 2011.

Lapita, a new way of looking at Oceania

PARIS  The exhibition at the quai Branly museum intends to erase the cliché according to which Oceania is simply a series of micro-cultures wrecked on their atolls, hermetic to one another. Based on ceramics with characteristic marks, found thousands of miles away from one another, from New Caledonia to the Fiji islands and to Samoa, it demonstrates the existence, 3000 years ago, of a common culture, called the Lapita culture, that was spread over a huge area by expert navigators. It expanded in just a few centuries and survived through the motives that can be seen on the tapas and textiles done later. This archaeology in movement  the first shards of the Lapita culture were found at the beginning of the XXth century  underwent a remarkable acceleration over the last decade. Sites in New Caledonia and Vanuatu have just delivered a real treasure: we now have the first complete, multi-millenary potteries for the whole Pacific area.
 Lapita at the quai Branly museum, from 10 October 2010 to 9 January 2011.

Pop Art for the ladies

VIENNA  In the sixties, at the time Warhol, Lichtenstein and Wesselman overtook the fortress of abstract Expressionism with an art that praised consumer society and permissiveness, their female colleagues were not inactive. It was after all the time of womans liberation and the fetters of tradition they pealed off left way for a feminine version of Pop Art. This exhibition brings together some of its best-known interpreters, such as Niki de Saint Phalle with her Nanas and Yayoi Kusama with of course her dotted installations, but others as well, like Marisol, Sister Corita Kent or Dorothy Iannone.
 Power Up at the Kunsthalle until 20 February 2011.

 In Egypt Book of the Dead, the British Museum brings together a beautiful selection of the Egyptian book of the dead  combining loans and its own funds. Until 6 March 2011.

 In Madrid, the Prado museum dedicates a special exhibition to its fund on Rubens, the most important in the world with nearly one hundred paintings, as part of the reorganization of tis rooms. Until 23 January 2010.

 Patrice Chéreau is the «guest» of the Louvre museum this Autumn, which results in a rich program of concerts, ballets, representations and exhibitions among which Derrière les images (stage sketches) or Scopophilia, a slideshow by Nan Goldin. Until 31 January 2011.

PARIS - The sale includes Old Testament copies printed in Heidelberg or Leyde in the XVIIth century, hand-written Sephardic bibles, Davidsons or Jordin de Saint Flours grammars, collections of Menorah or of the Revue juive from Geneva from the 1930s, greeting cards for American Jewish soldiers stationed in North Africa in 1943, Hérisson geographic maps of the Holy Land The anthology from Raphael Benazerafs fund, the philologist specialized in Spanish Jewish culture, is rather large and the estimate for the various pieces is not higher than a few hundred Euros. The prices do soar though when it comes to the three masterpieces of the group, the silver, Italian bindings from the XVIIIth centuries, among which the one with the Minerbi coat of arms, an influential family present in Trieste, Venice, Ferrara and Paris (25 000 ). The sale is closed by a collection of Jewish painters from the school of Paris.
Judaica on 17 November 2010 at Richelieu-Drouot (SVV Ader et Kapandji-Morhange).

Intelligible quotes from Manet (the atmosphere of Déjeuner sur lherbe, deep blacks, off-whites), from Goya (characters on borrowed time, offering their chests to anger or stationed behind gates), from Cézanne or Ribera. Ronan Barrot, born in 1973 (in Argol, a fact that would have greatly pleased Julien Gracq), eis a fully figurative painter, which today is no longer condemnable as it could have been twenty years ago. The artist does not even disown the description as a «painter of history» which was once applied to him. He draws brilliantly, admires the energy of Rebeyrolle, loves to work by series or by «set ideas» (his skulls, his bare trees) on huge canvases that in some cases can extend to as much as 2 meters. Following the retrospective dedicated to him at the Fernet-Branca venue in 2009, the Claude Bernard gallery presents his last productions.
 Ronan Barrot is shown at galerie Claude Bernard (7 rue des Beaux-Arts, 75006) until 20 November 2010.

Here is a book that talks about the relationship between painting and literature. Once this has been established, one should in a way stroll through it Or else you may not find what you are looking for. The presentation does not make it easy, as you cannot always distinguish the literary quote from the explanation. There is no historic analysis of the unforgettable links between writers and painters, but rather a series of examples chosen to show how writers may have appreciated, supported as well as hold in contempt what their counterparts produced. The case of Julien Green is enlightening. He was horrified when he saw a loud (Fauve) portrait of Mrs. Matisse by her husband in 1922 at Gertrude Steins home, but had long since changed his opinion when he saw it again 20 years later in the USA Mario Luzi and Piero della Francesca, Eluard and Delvaux, Quignard and Lubin Baugin, Butor and Le Lorrain, Segalen and Gauguin are some of the couples presented in this intellectual ping-pong.
 Des mots pour la peinture by Jean-Pierre Aubrit and Bernard Gendrel, Seuil, 2010, 192 p., 39 

FLORENCE- The Crucifixion attributed to Giotto was set up again in the Ognissanti church on 29 October 2010 after being restaured for 5 years.

MADRID- The Museo ABC del Dibujo y de la Ilustracion, brings together nearly one century of archives from the Spanish daily newspaper and will open to the public on 17 November 2010.

NEW YORK- A sculpture by Matisse Nu de dos, reached a new record for the artist as it was sold for 48 million dollars at Christie's on 3 November 2010.

PARIS- The 30th Mois de la photo (Month of photography) will be held in many of the city's galleries and museums during the month of November 2010.

PARIS- The Temps forts de Drouot, the presentation of the most beautiful pieces to be auctioned this fall, will be held at Douot-Montaigne until 14 November2010.

POMPEI- The Schola Armaturarum, the seat of the former school of Pompei's gladiators, crumbled down on 6 November 2010 following strong rains.

The before and after on www.repubblica.it

SYDNEY- The modern and contemporary art fair, Art Sydney, will be held from 11 to 14 November 2010.

VIENNA- Vienna Art Week, including exhibitions, sales and events of visual arts, will be held in various venues, from 15 to 21 November 2010.

ZURICH- The modern and contemporary art fair Kunst Zurich will be held from 11 to 14 November 2010.