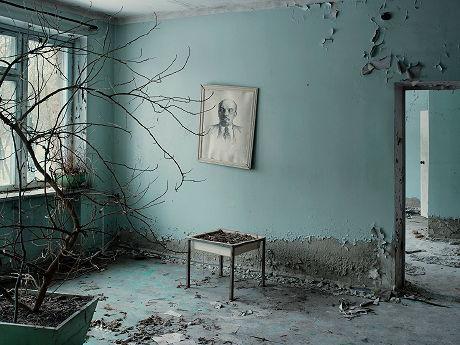 Something new from the East

PARIS - Paris Photo dedicates this years edition  its 14th  to photography from Central Europe, where nearly fifteen among the almost one hundred galleries and editors invited are from. Recently we saw a beautiful collective exhibition on this theme at the Centre Pompidou, Kertész retrospectives (at the Jeu de paume) and Moholy-Nagy (in Madrid and then at the Martin Gropius Bau in Berlin, see here under). That has been enough to launch a fashion. The ancestors are more than famous  those we just mentioned as well as Sudek, Drtikol or Brassaï  but we know a lot less about the younger generation. Who inherited the passion of those camera pioneers and what do they do? They seem to be more interested in documentaries, whether on the change to a market economy, the harm done to the environment, the fall of utopias or the quest for a certain bourgeois comfort  These are after all the qualms of post-Communism societies which are nevertheless not convinced by the capitalist dream. Maybe the recent success of photography lies more in the capacity of being a true reflection of our times, contrary to the other forms of art
 Paris Photo is held at the Carrousel du Louvre from 18 to 21 November 2010.

BERLIN  After being injured in the Austro-Hungarian artillery during WW I, Hungarian Laszlo Moholy-Nagy turned his back to his law studies, and in 1920, at the age of 25, he headed for Berlin. There he joined the artistic avant-gardes and as of 1923 he was one of the intellectual leaders of the Bauhaus, where he taught experimental photography. The exhibition which has already been shown at the Círculo de Bellas Artes in Madrid, presents in its choice of 200 works a good proportion of photograms and photomontages. But that is not all, since the artist was active in other fields. He also shot a movie on the famous CIAM (International Congress of modern architecture) held on a boat in the Aegean sea in 1933, made book covers, objects, paintings, sculptures, wrote books on aesthetics, scenographies... His production could have extended much further, had it not been for his early demise in 1946, the year on which he received his American citizenship.
 Laszlo Moholy-Nagy, the Art of Light at the Martin-Gropius-Bau, until 16 January 2011.

Impressionism in the garden

MADRID  Impressionism goes hand in hand with Nature: fields, the sea, forests and rivers inspired Renoir and his friends. As the interpreters grew older, the natural environment gave way to a more domestic version and the theme of the garden acquired fundamental importance. Just stop and think of Monet constantly reinterpreting the water basins, the white water lilies and the Japanese bridge in his garden in Giverny The garden can be seen as a family paradise (as with Berthe Morisot) or, on the contrary, as a miniature jungle, and it is ideal for testing the painters capacity to retranscribe light and color. The wide range of works chosen shows the role it also played in expressing the avant-gardes that would come later, whether expressionist or even abstract. Next to the classics such as Pissarro or Sargent, it is interesting to see the Spanish branch with Sorolla leading, or American artist Childe Hassams experiments. The conclusion with Malevitch or Max Ernst is somewhat of a manifesto: gardens are never passé!
 Jardines impresionistas at the Thyssen-Bornemisza museum and at the Caja Madrid foundation, from 16 November 2010 to 13 February 2011.

Tivoli, the cradle of modern landscapes

PARIS  The artists of the XVIIth and XVIIIth centuries who went down to Italy in throbs considered certain sites as of primary importance, such as the gulf of Naples or the lake of Nemi. Among those indispensable sites to draw, paint or engrave, Tivoli with its cascade and its temple of the Sibyl, anchored in a wild landscape, was a choice site. The exhibition demonstrates the wealth of the motif interpreted by major artists, from Boucher to Hubert Robert, from Piranese to Granet. Tivoli is presented in some fifty variations, between picturesque and sublime up to the close-up of the temple by Léon Cogniet, towards 1820. By then it was almost the end of the «Tivoli-mania» and it was important to show some originality in the way of treating a subject that had been reproduced dozens of times  The most surprising work in the exhibition is a model in cork that allowed amateurs to continue their studies once they were far from their source of inspiration.
 Tivoli, variations sur un paysage au XVIIIe siècle at the musée Cognacq-Jay, from 18 November 2010 to 20 February 2011. Catalogue Paris Musées.

 In Geneva, the musée Rath celebrates its centennial by dedicating an exhibition to the paintings done by Corot en Suisse, the country where he stayed most often. Until 9 January 2011.

 In London, the Royal Academy of Arts shows in detail the itinerary of the Glasgow Boys (1880-1900), who revolutionized landscape painting in Great-Britain, in the wake of Symbolism and continental Naturalism. Until 23 January 2011.

 In Toulon, the Hôtel des Arts dissects the itinerary of Florence Henri, a pianist in Berlin during the 1920s before becoming one of the major photographers of his century. Until 9 January 2011.

PARIS  Photography played an important role in Sothebys strategy to set up in Paris. Various world records were set here, among them the Cheval by Niépce at 450 000  during the sale of the James collection in 2002 and Femme, a nude by Atget at 445 000  in 2009 are the most remarked. What could be the result of the sale organized together with the Paris Photo fair? The auction includes beautiful photographs by Le Gray, Irving Penn or Richard Avedon but is mostly characterized by ensembles from 1910-1930: Heinz Hajek-Halke, Heinrich Kühn, Edward Weston and his mistress Tina Modotti. The series concerning the couple is the highlight of the sale with 28 photographs (of which 4 beautiful nudes) and 2 letters. It comes directly from the collection that belonged to Anita Brenner, a friend of the artists in Mexico in the period between the two wars.
 Photographies at Sothebys on 19 November 2010.

PARIS  There have probably never been so many concerns regarding our natural environment as today, with pollution, the shrinking of the primary forests, GMOs. This concern is reflected in artistic creation: from Michel Blazy to Erik Samakh, the changes of the living world nourish a strong current. Michel Huelin was born in 1962 in Geneva, where he works, producing disquieting images in which real vegetables are woven together with virtual plants, phosphorescent plants, plaited plastic ribbons with electrifying colors. What is most surprising is our lack of capacity to make a difference at first glance between the real and the artificial  After exploring in depth the resources of digital images, the artist continues to explore the same obsessions by turning back to a more traditional technique painting.
 Michel Huelin is shown at the galerie Zürcher (56 rue Chapon, 75003) until 23 December 2010.

Arts aim is not only to look pretty. It is also an instrument of resistance or of social or political protest. There is nothing new in this, since from Courbets disturbing realism to Picassos Guernica, up to the performances against the war in Vietnam, History is full of this «Artivism». This book ventures to describe its current dimensions. We find different movements against male chauvinism, globalization, the destruction of the environment, or apartheid. Other artists call the population to recapture the city by posing in the nude (actions by Spencer Tunick), by renaming the streets, by organizing a carnival against capital (in Barcelona in 1999). Action against over-consumption opened the door to the wildest events, in particular with the Church of Life After Shopping and its picturesque Reverend Billy, who blasts into supermarkets to exorcise the cash-registers
 Artivisme, Art, action politique et résistance culturelle, by Stéphanie Lemoine and Samira Ouardi, Alternatives publishing house, 2010, 192 p., 39 . December 2010.

LONDON  A Chinese vase from the Qianlong era has become the most expensive object of Chinese art in the world following the sale in which it went for £ 51.6 million, fees included ( 60.7 million) during the auction on 11 November 2010 at Bainbridges Auctions, near London.

VIENNA Dorotheum organizes a week of prestigious sales, from 22 to 26 November 2010, including in particular design, modern and contemporary art.

PARIS  The MacParis contemporary art fair will present 125 artists without the intervention of galleries, from 25 to 28 November 2010 at the Espace Champerret.

STRASBOURG  The 15th edition of the StArt contemporary art fair will be held from 26 to 29 November 2011 at the Parc des expositions.

CHALON-SUR-SAÔNE - The musée Denon has been working for some months on a global project about its collection. The latest result is the opening of a new room dedicated to Vivant Denon, who was the first director of the Louvre.

PARIS - The Adresse Musée de la Poste presents a very wide panorama of contemporary traveling artists  who help us discover the Trans-Siberian railway, the tribes of the Omo valley or the flea markets in the French region of Picardie.