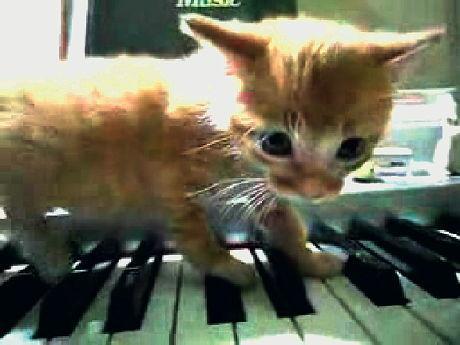 Miami, barometer of the art market

Snow in Paris, sun in Miami. And the same, disquieting question arises each year come rain or shine, in particular during these periods of crisis, will the art market survive? There is no doubt about it, regarding the major works, and the recent records at various auctions are there to remind us that an exceptional «Giacometti», a «Modigliani», or a «Matisse» are worth more now than ever before. But what about the works a little further down the prestigious echelons? International fairs have an answer, and a rather encouraging one, if we are to look at the results of the Frieze, the FIAC or Paris Photo, among the most vibrant these last few years. But the renewed concerns about the international economy (Ireland, Portugal) draw a dark cloud over the horizon. The 250 leading art dealers on the beaches of Florida will try to reassure themselves once again. This ritual reminds us that art has become a true market, as much as the car or luxury industry, «with its weight» of billions of dollars and is incapable of adjusting to a period of recession.
 Art Basel Miami Beach will be held from 2 to 5 December 2010.

STUTTGART  Holbein the Elder was eclipsed by his sons glory, even though he produced one of the most important works in religious art at the end of the XVth century, a cycle of the Passion of Christ in grisaille. This Grey Passion was bought by the Staatsgalerie in 2003, underwent an intensive restoration (of which the various phases are explained here), and is shown here complete (12 panels) next to comparable works from the same period, that we owe to the talent of Martin Schongauer, Dirk Bouts or the Master of 1477. This large composition, done between 1493 and 1500, integrates itself in the monochrome current also developed by artists such as Grien or Grünewald  that led to the creation of another world, far from the terrenial rules / mundane rules.
 Hans Holbein D. A. Die Graue Passion at the Staatsgalerie, from 27 November 2010 to 20 March 2011

PARIS  The exaltation of Roman virtues and the discovery of the buried cities of Herculaneum and Pompeii, in the middle of the XVIIIth century, certainly had an immediate effect: the birth of an artistic current that brought back a taste for «antique» style. But how is a style defined based on elements as fragmentary as pieces of statues or strips of frescoes? That is precisely the interest of this «revival» which the Louvre museum looks into. As we can see through these nearly 150 works, from Davids heroism to Piraneses fabulous architecture, this neo-classicism takes on various shapes and even runs into some fierce resistance. Sectarians of other «Neo» movements (Neo-Baroque, Neo-gothic, Neo-Mannerists) such as Mengs, Füssli or Batoni, interpreted the taste for the past in their own manner
 LAntiquité rêvée at the Louvre museum, from 2 December 2010 to 14 February 2011.

ROME  Chance has it that an exhibition similar to the one just reviewed is opening simultaneously in Rome, at the Sciarra palace, the new headquarters of Fondazione Roma. The rediscovery of antiquity is analyzed here through the filter of the eternal City, a source of fascination for artists in the XVIIIth century. The exhibition combines archaeological discoveries of the time (the Flora on the Capitoline hill) and the modern re-interpretations (Eros Youssoupov by Canova, at the Hermitage), and in doing so shows the importance of the workshops (in particular those of Piranese and Mengs), of the Academies and the academies (male nudes), in the spread of a homogeneous, aesthetic model. The cherry on the topping is undoubtedly the recreation in 3D of the mythic Domus Aurea by Neron, based on watercolors done right after its discovery in 1759.
 Roma e lAntico at Fondazione Roma (palazzo Sciarra), from 30 November 2010 to 6 March 2011.

 With Matisse et la gravure, the Mona Bismarck foundation in Paris wishes to remind us how the art of engraving, though underestimated today, was once abundantly practiced by the greatest artists of the XXth century. From 1st December 2010 to 15 February 2011.

 In Vienna, with Ceremonies, festivities, costumes, the Lichtenstein museum exhibits the wealth of Viennese porcelain at the time of Maria-Theresa, during the second half of the XVIIIth century. From 3 December 2010 to 26 April 2011.

 The Rietberg museum in Zürich looks into the wealth of Ivories from Ceylon with a special interest in the mythic collection of queen Catherine of Habsburg, queen of Portugal (1507-1578): coffers, hand fans and other refined creations. Until 13 March 2011.

The charge of the Oriental brigade

PARIS  December and archaeology go hand in hand in Paris. This auction, organized by the Pierre Bergé house, is one of the most awaited for. It covers a very wide scope, with Anatolia and its anthropomorphic idols, Bactria and its figurines in lapis-lazuli, Egypt with a sacred cat or the mask from a sarcophagus, Magna Grecia, its ceramics, its bronzes and offers an equally varied array of prices, from a few hundred Euros (ouchebtis, amulets, fragments of steles and statuettes, rings, scarabs, pendants) up to the threshold of one million Euros. The highest bids will surely concern an ensemble of Gallo-Roman mosaics unveiled in Vienna (classified national heritage and estimated at more than 100 000 ), and a finely worked cup in electrum (alloy with 88% gold), from the Nomadic civilizations from the Caspian sea, that date way back from the XIIth century B.C. (estimated at 600 000 ).
 Archéologie on 5 December 2010 at Drouot-Montaigne (Pierre Bergé et Associés)

Contemporary art can sometimes make us smile! And even laugh! In any case it seems to be what Pierrick Sorin wishes to prove. He laughs at old myths and deciphers our faults in short movies that seem to have a similarity with silent movies with their accelerated rhythm and a taste for the absurd. Our faults are also his. Pierrick Sorin is always the main character in his videos, even in the most embarrassing situations brushing his teeth, throwing up, or admiring himself in the mirror. While graduating from the super-8 to sophisticated holograms, he has composed over the last twenty years ever since he realized, in Matins, that each day he woke up he was more tired than the day before  a small Balzac-style, entertaining and yet philosophical comedy. This small, hesitant, irresolute, conceited character simply represents mans condition.
 Pierrick Sorin, cest mignon tout ça at Aeroplastics Contemporary, (32 rue Blanche, 1060 Brussels) until 31 December 2010.

From China with love

Under an enticing cover, this book on an important private collection, confirms that in the past the Chinese did not show any excessive prudishness in the arts of love making, and their tolerance towards certain practices (homosexuality in particular) was greater than it is today in may aspects. The accumulation of figurines in bronze, porcelain or ivory, as well as paintings on silk or on paper, including the chromos from Shanghai in the 1930s with details on all sorts of licentious figures, shows that Chinese erotic art experienced a golden age a millennium long, in spite of the regular calls back to order, especially under the Manchu dynasties of the XVIIth century. Along these pages the author draws an anti-portrait of the status of women in Imperial China. They were not allowed to take exams or to access any public functions, and hence could only affirm themselves through their enthronement as the wife or concubine of a powerful man. This meant they went through the torture of bandaging their feet, so the organ for walking, the most erogenous for the Chinese, could resemble a lotus flower before it opens
 Concubines et courtisanes, la femme dans lart érotique chinois, by Ferry M. Bertholet, Fonds Mercator, 2010, 210 p., 54 .

ECHIROLLES (France)  The month of graphic art (Le Mois de graphisme), an event dedicated to graphic creation in the world, will be held until 31 January 2011.

MIAMI  Design Miami, part of the «satellite» fairs of Art Basel Miami Beach, will be held from 2 to 5 December 2010.

PARIS  Daily newspaper Libération revealed on 29 November 2010 the existence of 271 works by Picasso that are not catalogued and which the artists last electrician, Pierre Guennec, pretends to have received as a gift.

TOULOUSE  The first tram line was inaugurated on 27 November 2010, and includes 5 works by contemporary artists along its itinerary

BETWEEN PARADISE AND HELL - Death in the Middle Ages

BRUSSELS - The musée du Cinquantenaire focuses on the attitudes in the medieval times in face of death. One thousand years of history are focused on in a multidisciplinary manner through works of art, documents and documentaries from private and public collections.