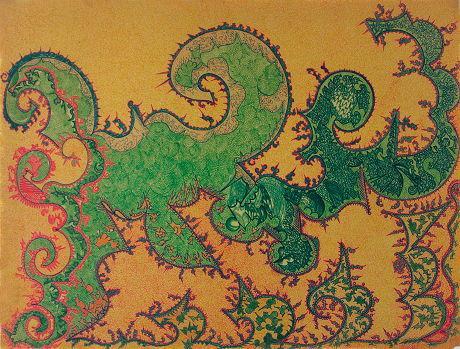 Mubarak against the mummies

Whether legitimate feelings inspire them or not, revolutions are rarely tender with the treasures of a countrys heritage. We all remember of course the Buddhas of Bamyan and the sacking of the museum of Baghdad, less people remember that of the royal tombs of Kasubi, in Uganda: in each of these cases, it just took a few hours for the works of art to be definitely scattered or destroyed. An exhibition will soon open in the castle of Versailles (21 February), will remind us that only one throne of the French Ancient regime is left, the one designed by the Foliot at the time of Louis XVI, for the French embassy in London! It is of course a bit delicate to worry about the mummies of the Pharaohs when young people lose their lives in the upheavals. But it would be a shame that the revolt against Mubarak turn against Tutankhamen, from whom it is not too sure he descends, and against the extraordinary museum of Antiquities of Cairo. The Egyptian youth needs its freedom, but it also needs its history

A video on Al Jazeera

A slideshow from El Pais

EVIAN -These artists were concerned with sketching their fellow citizens in their daily activities. Daumier, Toulouse-Lautrec and the clearly lesser known Steinlen had that in common. The first was active in the 1820s, the third worked up to his death in 1923. Between the three of them they documented a century of Parisian life, the small trades and the political scandals, the Butte Montmartre and the grand boulevards, the humid closets and the Moulin Rouge. The exhibition is divided in two, very logical parts. « Le jour » (The day) presents the humor of the streets and cafes. « La nuit » (The night) digs into the atmosphere of the theatres and brothels. Aside from the nearly 200 oils and drawings, the exhibition shows a wide array of magazines from that time, from Charivari to LAssiette au beurre: at a time when the written press became a true counter-power, its illustrators have the status of real stars.
 Daumier, Steinlen, Toulouse-Lautrec, la vie au quotidien at the Palais Lumière, from 5 February to 8 May 2011.

FORLI  This city of the Emilia-Romagna region is probably known abroad for its links with Mussolini, as the dictator was born in the province. But who will mention Melozzo (1438-1494)? A pleasant painter from the second half of the XVth century, he is the perfect link between Piero della Francesco and Raphael. From the former and from Mantegna he inherited the science of perspective. To the latter he bequeathed the art of composition and of soft colors. A tribute is made to Melozzo in his native town with an ambitious exhibition that brings together some of his masterpieces  unequalled heads of angels and of Humanists  as well as those of his friends. In particular we will admire the famous Madonna Senigallia by Piero della Francesca. Most of Melozzo da Forlis «mobile» compositions will be present, including his masterpiece, the Roman cycle of frescoes of the Santi Apostoli, which today is scattered between the Quirinale and the Vatican museums.
 Melozzo da Forli at the musei San Domenico, from 29 January to 12 June 2011

Cranach, the Stakhanovist of reform

PARIS  He was shown in Brussels, and in parallel in Rome. But his Parisian stopover is a truly spectacular event. Indeed, the arrival of Cranach the Elder, the portrait artist of Luther and of the heads of the Reform, (various dozens of representations) as well as the author of nudes protected from being accused of eroticism by their symbolic vocation (Lucretia, Justice, Venus), coincides with the reopening of the musée du Luxembourg. Eclipsed for a year, the institution adjacent to the Senate is once again in the Parisian panorama. Cranach (1472-1553) was protected by prince Frederick the III, called the Wise, elector of Saxony, led diplomatic missions, but above all was at the head of an extremely productive workshop, which his son took up later. It gave allegories, portraits produced in series and engravings that toured all of Europe and left their lasting print on many generations.
 Cranach lAncien at the musée du Luxembourg from 9 February to 23 Mai 2011.

 In New York, the Metropolitan Museum offers an exhaustive analysis of the various versions of Cézannes Joueurs de cartes (Card players).From 9 February to 8 May 2011.

 In Paris, the musée de la Marine celebrates the 50th anniversary of the launching of the paquebot France by dedicating a retrospective to the famous ocean liner. From 8 February to 23 October 2011.

 The Albertina of Vienna presents a selection of drawings by the movement Blaue Reiter, from the collection of Gabriele Münter, Kandinskys companion, given to the Lenbachhaus in Munich. From 4 February to 20 May 2011.

PARIS  We had mentioned in our newsletter dated 10 March 2010 the previous auction of this disproportionate collection on forged wire. This is a new edition, sent from Michel Rulliers inexhaustible funds. We will see simple objects of every day life  corkscrews, coffee grinders, forks for grilling  from the XVIII and XIXth centuries, undoubtedly worth ten times the value of their contemporary versions but with a life span equally proportionate. Among the curiosities lesser-known in our time, there are folding forks from the XVIIth century, sugar crackers (from the time when the former was not yet in powder ), an iron glass case damascened in silver (lot 101, 1500 ). And an impressive series of 31 mortars in bronze, classified according to the year, from 1480 to 1773 (lots 66 to 96, that could go up to 6 000 ). Those who are less convinced may pick up a key or two  de maîtrise, for tuning, for locks -, knockers, locks and pestles
 Collection Michel Rullier, 3rd sale at Richelieu-Drouot, on 9 February 2011

PARIS  In the Spring of 1967, Jean Dubuffet organized an exhibit at the musée des Arts décoratifs in Paris, on art brut  a concept he had defined as of 1945 as a «spontaneous and obviously inventive» artistic production, as far as possible from the «clichés of classic art or of fashion art». Fifty four years later, one of the creators exhibited is still alive: Henriette Zéphir (born in 1920), whose universe plunges one into the occult and the mysterious. Inspired by a «guide», Mrs. Zéphir became a medium and her ballpoint pen fills the page with efflorescences and indentations, vegetable or mineral laces she colors or leaves all black, similar to Odilon Redons animalcules.
 Henriette Zéphir at the galerie Christian Berst (3-5 passage des Gravilliers, 75003 Paris), from 4 February to 5 March 2011.

China, an inside view of the Middle Kingdom

Robert van der Hilst is Dutch and does not speak Mandarin. And yet his images of Chinese interiors hit the right note. His preface writer, Yu Hua, author of the novel Brothers and the leader of new literature, is convinced of this. Since 2004, van der Hilst spends half of his time in China. He wanders through its cities and far away regions in search of the inhabitants to photograph what the spinning economic growth destroys faster than elsewhere: the living habitats. Decorators lofts in Shanghai, traditional apartments with plastic showers or miserable cabins in Sichuan: the countrys diversity matches that of its inordinate population. Maos old chromos, tin kettles and dirt floors are side by side with Italian design, and flat T.V. screens. This book is a sociologic stroll and can also be read as a beautiful gallery of portraits and still lives.
 Intérieurs chinois photographs by Robert van der Hilst, Gallimard, 2010, 280 p., 42 .

The Google Art Project, launched on 1st February 2011, invites us to a close-up discovery of the masterpieces of some of the major museums in the world.

INNSBRUCK - Art Innsbruck, the fair of modern and contemporary art, will be held from 3 to 6 February 2011.

LUXEMBOURG - Art and Antiques Fair, the fair dedicated to collectors of art objects and art works, will be held from 4 to 7 February 2011

NEW YORK - A Sacra Conversazione by Tiziano was sold for 15 million $ at Sotheby's on 27 January 2011, setting a new record for the artist at auctions. During the same auction, a View from the embankment by Joseph Vernet reached 6.2 million $, thus multiplying the artist's previous record.

PARIS - The Musée d'Orsay has just received the donation, under the condition of usufruct, of a remarkable Nabi ensemble: 141 works by Bonnard and 27 by Vuillard.

PARIS - The young collective group Rhézome presents up to 28 February Night on Earth in one of the most unusual venues in Paris, the Galerie Museum, among the shops of the arrivals at the Austerlitz train station...