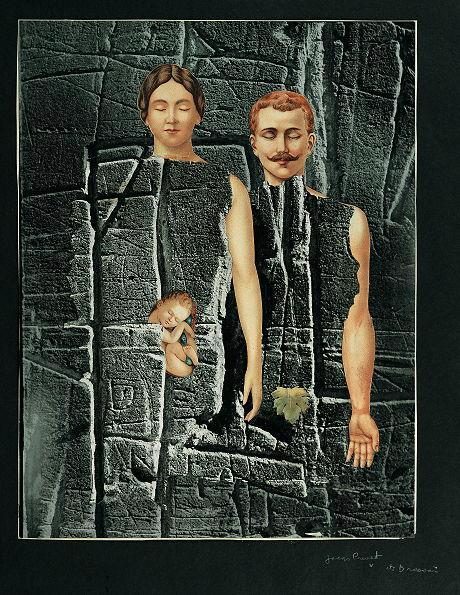 Last year, an important exhibition at the Royal Academy in London was not held, as the lender backed up at the last moment. In this manner, the prince of Lichtenstein intended to protest against the refusal by the British customs to grant him an export certificate for a painting bought in London a few years earlier. In 2009, the Russian state had made the same threat, as the protection assured by the British authorities for paintings claimed by the heirs of the Chchtouchkine and Morozov collectors did not satisfy them. This month, a new affair will deprive the Metropolitan Museum and the MoMA of major paintings by Cézanne and Gauguin. It is a measure of retaliation by the Russian authorities against the decision of an American judge. The latter had ordered that the archives of the Jewish community of Loubavitch, held in Russia, be given back to the movement based in New York. In this context, the announcement that China has deprived the museum of the University of Pennsylvania of the most beautiful pieces of its exhibition on the Silk Road will simply sound like another anecdote. But it does reveal the tendency international exhibitions have of increasingly becoming an instrument to favor diplomatic causes. Maybe this is good news after all, and proof that culture is becoming an essential challenge in international relations

Abstraction that comes in from the Pampa

MADRID  The exhibition of Latin-American abstraction, presented at the March foundation, intends to be as exhaustive as possible, and the three hundred works by fifty artists demonstrate this will. Framed by two fundamental figures -Uruguayan Joaquín Torres-García and Venezuelan Jésus Rafael Soto, both having spent long periods in Europe- the show draws an assessment that includes painting and photography, as well as sculpture, the influences of the European avant-garde and the persistence of the indigenous element. The time period chosen 1934-1973  gives a symbolic touch (these are the dates on which the two artists mentioned earlier returned to their countries) but also allows us to cover the most exciting moment of the continents history. The crisis of the thirties, Vargas and Perons authoritarian regimes and the Cuban revolution found an expression, one way or another, in abstract art
 América fría, la abstracción geométrica en América latina (1934-1973) at the Fondation Juan March, from 11 February to 15 May 2011.

Iphigeneia and the others

NANTES  These paintings on loan from the Louvre, the Rijksmuseum or private collections, full of colors and dramatic attitudes, seem to speak a foreign language. Who today could pretend to be used to scenes such as Creüse consumée par la robe empoisonnée (The death of Creuse), Athalie interrogeant Joas (Athalie questioning Joas) or LEvanouissement dEsther (Esther fainting)? We owe these «large machines» inspired by the Antiquity, to official painters of the XVIIIth century, the dynasty of the Coypel (Antoine the father, Charles-Antoine the son), to Jean-François de Troy and to Carle Van Loo. They mark the rise in painting of a flamboyant scenography and «pathos» inspired by the theatre of the time. While the exaggerated way in which sentiments were then shown may seem burlesque, this selection is both an interesting human comedy and a major moment in the painting of history.
 Le théâtre des passions at the museum of Beaux-Arts in Nantes, from 11 February to 22 May 2011.

Prévert and the pot of glue

PARIS  «You do not know how to paint, and yet you are a painter» Picasso is said to have told him. At a sale of his correspondence last year we had already seen works by the artist Jacques Prévert  referred to in this way. This is a new demonstration with this ensemble of collages presented at the Maison européenne de la Photographie. Prévert applied the system of the cadavres exquis » the Surrealists cherished, and collected newspaper clippings, gleaned among scraps or at the bouquinistes on the banks of the Seine. He would sometimes keep them for years in his drawers before finding valid correspondences for them. Anatomy and botanical sheets, graffiti photographed by Brassaï, reproductions of famous paintings all had a second life when he associated them to unexpected images. Prévert started this activity in Saint-Paul-de-Vence during convalescence in 1948, and pursued it until the last years of his life, as it became another way for him to produce poetry
 Photos détournées, collages de Jacques Prévert, at the Maison européenne de la photographie, from 9 February to 10 April 2011.

 BASEL  The Tinguely museum gives a second chance to see the Arman retrospective for those who missed it at the Centre Pompidou. From 16 February to 15 May 2011.

 MADRID  The exhibition Esplendor del Románico presents 58 of the most beautiful pieces of Romanic art from the National Museum of art of Catalonia (currently being restored) and has added reconstitutions in three dimensions of the door of the church of Ripoll. From 10 February to 15 May 2011.

The passion of cameos

PARIS  The public at large has rarely heard of him, but he is well-known to amateurs of the Antiquity. Jean-Philippe Mariaud de Serres, who passed away in 2007, directed a gallery on rue Bonaparte and was an expert for a great number of auction houses. His collection, now scattered at Christies, is as eclectic as one could expect from this passionate and cultivated specialist: there are engravings by Piranese and drawings by the School of Rome, bronze models from Greek temples, marble idols from Anatolia, calcite flasks made in Syria six thousand years ago, cuneiform tablets from Sumer, amulets and Tanagras, a granite head of a Couchit prince  The section of the intaglio and cameos is one of the richest. They are presented in lots of 21 pieces  profile of a faun, the god Jupiter or a lion, in agate, carnelian or garnet, from the Hellenistic or Roman periods (estimate about 2000 ). If one wishes to pay a lot more, there is a beautiful amphora with black figures, attributed to the group of Léagros (40 000 ).
 Collection Jean-Philippe Marion de Serres at Christies on 16 and 17 February 2011.

Lech Majewski, a magician of image

He is a true Proteus of artistic creation. Lech Majewski went to the same school in Lodz as Roman Polanski, and started his career in movies (An Annunciation in 1978) but his bulimic appetite pushed him very quickly to diversify his choices. He is an opera and theatre director, a video director, as well as a record producer and a novelist. He tackled Shakespeare as well as Tom Waits, Brecht and the 1963 Glasgow-London train robbery (his movie The prisoner of Rio draws the portrait of the brain behind the plot, Ronald Biggs), and has been celebrated at the MoMA and the guest of the Biennale of Venice. This time the Basia Embiricos gallery presents a series of photographs drawn from his last visual opus, Le Moulin et la Croix (The mill and the cross), inspired by the work of Brueghel.
 Lech Majewski at the galerie Basia Embiricos (14, rue des Jardins Saint-Paul, 75004 Paris) from 9 February to 9 March 2011. The movie Le Moulin et la Croix will be shown at the auditorium of the Louvre on Wednesdays and Thursdays.

In Herodotus time, the world was divided in three parts: Europe, Asia and Libya. This anecdote, printed in the introduction, underlines todays unfathomable ignorance of this African country, which can no longer be limited to the few trivial concepts of desert, Gaddafi, oil. Actually, as the author - director as well of the museum of Arles antique- shows, this pivotal country was one of the most beautiful creations of Greek colonialism, then Phoenician and finally Roman. From the limits of Cyrenaica to Tripolitan, covering the inhospitable lands of the Greater Sirte, sumptuous citadels with enchanting names have taken root, such as Leptis Magna, Cyrene, Sabratha, Apolonia. Aside from an impressive built heritage, mosaics of top quality (to be seen in particular at the museum of Tripoli), ancient Libya has left an extraordinary collection of statues that photographs render perfectly. From the surprising, faceless, funerary busts to the most perfected Hermes, Apollo and Graces (to be seen especially at the museum of Cyrene), Libya proves to be more than a member of the OPEC. It is one of the finest references of Antiquity.
 Libye antique, un rêve de marbre, by Claude Sintes, photographs by Gilles Mermet, Imprimerie nationale, 2010, 280 p., 75 .

BOLOGNA Palazzo Fava, home of cycles of frescoes by the Carracci brothers, reopened to the public last 28 January.

MADRID  The modern and contemporary art fair, Arco, celebrates its 30th anniversary from 16 to 20 February 2011.

NEW YORK  The New York Outsider Art Fair, dedicated to brut and singular art, will be held from 11 to 13 February 2011.

PARIS  The heirs of art dealer Daniel Wildenstein, already accused of misappropriation of heritage, are the focus of a new scandal: paintings listed in the register of robbed works of art were found in the coffers of the Institut Wildenstein.