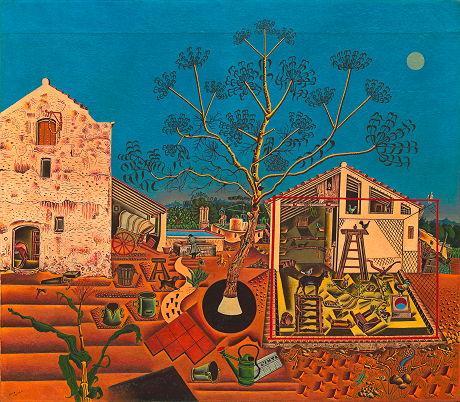 The Art Newspaper recently highlighted a cause to defend, that of the Buddhist monastery Mes Ayrak, near a former camp of Bin Ladens, in Afghanistan. The site is threatened, not by the talibans this time, but by a land allocation granted to a Chinese mine company, which could be just as harmful. In order to save what is still salvable, one thousand workers were rushed to the site, under the protection of 1600 soldiersAs in the case of the Ilisu dam over the Tigre, the affair symbolises the numerous dangers which archaeological sites are faced with: wars (what is to become of the ancient cities in Libya?), economic development, religious extremism, clandestine excavations, traffic The need to carry out digs under pressure has spread out in our countries  to much more routine situations each time a bridge, a highway, a train track or a new development is to be built  While this preventive archaeology plays an essential protective role in regard to the national heritage, it must not make us forget that programmed archaeology  the one that is carried out calmly  is going through a difficult moment, limited to a few sites (such as Lattes or Bibracte in France). Maybe this simply reflects a new culture in which we attend what is immediate, a culture aimed at results, at figures that will surely create havoc in more than one sector

Wölfli, a pioneer of Art Brut

LILLE  Adolf Wölfli (1864-1930) is one of the leading names in Art brut. As the LAM (musée dArt moderne et contemporain de Lille Métropole), that opened last year, has a good collection of his works, we were right to expect a major retrospective. It presents 150 works with the various facets of this art of madmen, as it was named in the past, from his first drawings in 1904-1905 up to the rich collages, musical notations and texts from his later years. Wölfli was interned for three decades  up to his death  at the psychiatric hospital of Waldau in Berne, where he created his very particular work. Obviously Dubuffet admired it - as he saw in it the roots of Art brut  but so did doctor Walter Morgenthaler, who took care of him and immediately perceived the power of his creations. This is what allowed for them to be kept.
 Adolf Wölfli at the LAM, from 9 April to 6 June 2011.

LONDON  We well remember the Miró retrospective at the Grand Palais in 1974 and the one at the fondation Maeght in 1990. The Tate Modern has also decided to tackle one of the great art figures of the XXth century. The gathering of works of art is very complete, coming from great collections throughout the world and, of course, from the Miró foundation in Barcelona and Majorca. Of course we will see the Farm (1921), painted during the years of poverty in Paris and which Hemingway supposedly won in a dice game, as well as May 68, when the artist, at the age of 75 and incensed by the regime, took the side of the students in their demand for freedom. The exhibit presents 160 works carried out over a period of six decades, and is the first retrospective of this magnitude on British soil since 1964 (also at the Tate). Its leading idea is the political dimension of an artist who rebelled against ideologies up to his death in 1983.
 Miró at the Tate Modern from 14 April to 11 September 2011

Dufy, the good and the bad

PARIS  When you look at one Dufy, you may end up with two Siblings seem to be in fashion in Paris this season. Following the Caillebotte brothers, now we have the Dufy. This is a first confrontation, through some one hundred works, often brought from private collections.Of course we know Raoul (1877-1953), the Fauve artist who then painted an ode to electricity (Fée Électricité). We know much less about his young brother Jean (1888-1964), who followed in his brothers footsteps and was also interested in applied arts (the de Haviland porcelain while Raoul decorated silks with Bianchini-Férier), also by working in major themes such as circuses, orchestras and ports, opposite his older brothers equestrian and seaside scenes. Aesthetically, the winner is clearly Raoul, as can be seen in the value of the artists (a record of 5.4 million  for Raoul with his Foire aux oignons compared to 420 000 for a Quintette bleu by Jean, both at Sothebys). But in human terms, Raoul is the loser. A sad example is recalled here, his attitude at the time of the commission of the Fée Électricité mentioned earlier. When in 1937 he handed the Compagnie parisienne délectricité the «largest painting in the world», Raoul did not mention his brother once, in spite of the fact that Jean spent months helping him complete the work. Their relationship never overcame this unworthy incident
Raoul et Jean Dufy, complicité et rupture at the musée Marmottan, from 14 April to 28 June 2011. French/English bilingual catalogue.

Buy the catatalogue from Amazon

BILBAO - The Luminous Interval the Dimitris Daskalopoulos collection, one of the richest of contemporary art in installations, from McMarthy to Messager, is presented at the Guggenheim. From 12 April to 11 September 2011.

PARIS  At the Galerie des Gobelins, Léclat de la Renaissance italienne shows a series of weavings based on drawings by Raphaël or Giulio Romano, most of them from the collections of Louis XIV.From 12 April to 24 July 2011.

VENICE  At Punta della Dogana, In Praise of Doubt is a choice in the Pinault collection, including pieces rarely or never shown. From 10 April 2011 to 31 December 2012.

Russia at the time of bulldozers

CANNES - One exhibition stays in everyones memory, the one of the so-called bulldozers, in Moscow in 1974, thus called because it was held in an empty lot and brutally closed with these construction site contraptions. The method was rather brutal and in line with the communist party: any devious, formalist art had to be immediately eliminated. This rather loose groupe of non-conformist artists fought to express themselves during the last years of the Soviet Union, before many of them headed for new horizons in France, in the USA, in Israel. The auction presents some of the better known artists, from Oscar Rabin (born in 1928) to Vladimir Nemukhin (born in 1925), from Lydia Masterkova (1927-2008) to Anatoly Zverev (1931-1986). In the past their works were exchanged under the coat, and now they are in demand and collected by private collectors as well as by the Pouchkine museum or the Trétiakov gallery. The sale is not held in Cannes by chance; after all it is one of the cities most visited by the wealthy Russians on vacation. A surprising touch, the auction will end with a selection of icons. Saint Serge and Saint Parasceve following the rebel painters
Peintres russes non conformistes on 16 April 2011 at Cannes-Enchères

The bodily struggle of Urs Lüthi

Urs Lüthi is very familiar with body art, since the Swiss artist (1947) even gave it a second breath with an irony his colleagues sometimes lack. In his last works, we see him as an elderly man with a rounded belly, self-satisfied and part of the consumer society. Some 30 or 40 years ago the same Luthi, with his androgynous beauty, photographed himself with a naked torso, playing with his smile, his teeth, his eyes, on a background of kitsch painted paper, to pervert his image. During a performance at the musée dArt et dHistoire de Genève in 1975, he had set up a buffet for the visitors while he waited, in the basement, his face painted with charcoal. Since then Lüthi has concentrated on other parts of his body (heart, brain) and studies how the ensemble ages and reacts in face of the latest medical apparatus.
Urs Lüthi/Prototypes is presented at the galerie Sollertis (12 rue des Regans, 31000 Toulouse), from 8 April to 21 May 2011.

The note on Delarge, dictionary of modern and contemporary visual arts

A new interpretation of Manet

The Manet exhibition is already announced as the most visited this spring. An immersion into its catalogue may be a worthy substitute to the overcrowded rooms of the Orsay museum. More than a catalogue raisonné (the notes do not really satisfy our curiosity, since a walk through works are always similar to reading a murder story), the book is presented as a group of essays that question the facts established on Manet. The still lives are only a small part, since Manet is not really an impressionist artist and his political dimension has been too rapidly dealt with. The catalogues style is rather brilliant and the whole unexpected  with an interview in which Philippe Sollers explains that during the Paris Commmune (in 1871) Manet ate «cats, rats, and horse meat like everybody else», an analysis of the first purchases by art dealer Durand-Ruel in 1872-73 by his descendants Paul-Louis and Flavie and even an excerpt of the painters accounts presenting his annual revenue. 1872 was a great year, when he earned 40 000 francs, also four times more than Monet!
 Manet inventeur du moderne, directed by Stéphane Guégan, Gallimard, 2011, 300 p., 42 .

MADRID  The 21st edition of the antiques fair Almoneda will be held at the Feria de Madrid until 17 April 2011.

PARIS  The auction of the Weiller collection (by Gros-Delettrez at hôtel Drouot, from 5 to 8 April 2011), had been estimated between 8 and 10 million . It actually brought in 23.7 million . Seven lots were sold for more than 1 million .