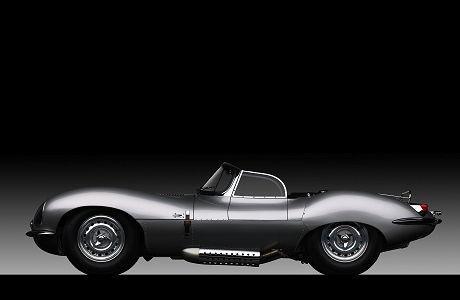 The statue that is shot down

While the Ai Weiwei case is still not solved (there is no news from the artist, arrested by the Chinese authorities three weeks ago), it is now Turkey that is the scene of another non-glorious act. This only proves art is an increasingly hot subject  The statue built by sculptor Mehmet Aksoy in the town of Kars, near Armenia and which recalls sombre moments in history (even though the genocide is not recognized as such by the Turkish State) is about to be demolished. It represents symbolically a man cut in two, and will end up in 18 pieces that will be abandoned in a warehouse. Various motives have been given to revoke the authorization given by the former mayor of the town (among which the sacrilegious proximity with an Islamic mausoleum). But the elections that are creeping up on 12 June  for which the party in power, the AKP, feels the pressure from the extreme-right  could be reason enough for this iconoclastic fury

HURRY UP... LAST DAYS!! UNTIL MAY 1st, DO NOT MISS... FROM WALL TO WALLPAPER; the evolution of wallpaper from the 16th century to contemporary artists at the SWISS NATIONAL MUSEUM - CHÂTEAU DE PRANGINS. Read the article in Art-of-the-Day

Segalen, his Polynesian side

DAOULAS  The man left a fugitive but dazzling trace in the album of explorers-ethnographers. It is difficult to define Victor Segalen (1878-1919). He was a Navy doctor, a poet (Stèles), drawer, sinologist, archaeologist author of discoveries in China (monuments of the Han dynasty). The one category he definitely belongs to is that of the eternal travellers. The abbey of Daoulas looks into this original character by bringing together testimonies of his passion for Polynesia: masks and wood Tikis, the bows of pirogues, jewels and ornaments, puzzles from the clubs from the Marquises or religious effigies, including his surgeons satchel. The objects, real littel jewels, are on loan, not from major international institutions, but rather from small museums in the province rarely visited  be it the musée dArt et dHistoire of Langres or the Castle-museum of Boulogne-sur-Mer.
 Victor Segalen, Rencontres en Polynésie at the Abbaye de Daoulas, from 22 April up to 6 November 2011.

The night of photography

NEW YORK  A photograph is something beautiful at night  Certain photographers have permanently linked their names to night images. We think of course of Brassaï, the pedestrian observer of Paris shady side, as well as of Weegee, who relentlessly followed the New-York underworld, or Horacio Coppola, the poet of Buenos Aires neon lights. The Metropolitan Museum traces a history of this form of photography that could only develop with the technical progress of the beginning of the XXth century, as film was more sensitive and flashes are stronger, and which continues to inspire amateurs and professionals by offering them a rarely found discretion: today digital technology allows them to do without the flash or the tripod From Berenice Abbott to Edward Steichen, the retrospective also focuses on lesser-known authors such as Giuseppe Albergamo or Peter Hujar.
 Night Vision at the Metropolitan Museum of Art, from 26 April to 18 September 2011

To cut and thrust

PARIS  There was the «Joyeuse» (Charlemagnes Joyful), Durandal or Excalibur. They were given proper names: which other weapon, aside from Big Bertha, has been so privileged? The exhibition at the musée de Cluny is completely dedicated to the myth of the sword throughout the Middle Ages, and even to its survival in our day  which member of the Academie de France would dare show up without his? The sword, in its brilliant simplicity, only has four elements; but who knows that the last one (the handle), following the pommel, the guard and the blade, is called the grip? Tournaments, dubbings, sacred ceremonies, duals and even hunting, we are told. This article formerly indispensable to any gentleman surely deserved this retrospective that includes over one hundred models, from Gicelins sword, signed by its blacksmith, to René dAnjous hunting sword.
 Lépée, usages, mythes et symboles at the Musée national du Moyen Age, from 28 April to 26 September 2011.

 LONDON  A Bohemian photographer born in Russia, Ida Kar (1908-1974) shot the portraits of Henry Moore, Jean-Paul Sartre and the post-war intelligentsia. She is presented at the National Portrait Gallery. Until 19 June 2011.

 LOS ANGELES  The Getty Museum inaugurates Paris, Life and Luxury, an exhibition dedicated to the art of living in the XVIIIth century in the French capital. From 26 April to 7 August 2011.

 SALZBURG  The Museum der Moderne dedicates an exhibition to photographer Herbert List (1903-1975), famous for his male nudes and his images of the Mediterranean region. Until 10 July 2011.

The clatter of weapons

PARIS  Just when the musée de Cluny celebrates the sword (see above), the Beaussant-Lefèvre auction house offers a warlike sale. One will see muskets, daggers with the guard in boars head, daggers from India, horse pistols and Ottoman yatagans, officer sabres with the grip in stag wood. There will even be models of artillery to re-enact Napoleon at Brienne The carabineers breast plate and the powder horn will be the final details for the complete outfit. The sale will also include more peaceful items, such as the costume for an embassy secretary during the Second Empire with a skirt embroidered with oak leaves. The decorations from Spain, Hanover, Montenegro and in particular from Asia will evoke  for a few hundred Euros  unequalled exoticism. From Cambodia one could go for the order of Muniséraphon and from Laos, the order of the Million elephants and the white parasol
 Armes et décorations 4 May 2011 at Richelieu-Drouot (SVV Beaussant-Lefèvre).

Manolo Valdés: the art of recycling

He is one of the new stars on the market: one of his sculptures was auctioned for over 600 000 $ on 16 February at Sothebys in London. By embroidering on the image of the Meninas by Vélasquez, he turns them into voluminous bronze women in wide petty-coats. But Manolo Valdés (born in 1942), who went through the Spanish Pop Art movement of Equipo Crónica, is also admired for his drawings in mixed techniques (often canvas or jute), which in turn revisit the Renaissance (for example Holbein, Pollaiuolo or Pisanello). His almost constant game of quoting other artists sometimes targets Picasso or Matisse, and contemporary photographs, as if he wished to show that one no longer creates anything new
 Manolo Valdés is shown at the galerie Pascal Lansberg (36, rue de Seine, 75006 Paris) from 29 April to 4 June 2011. His graphic works will be shown at the galerie Marlborough in Monaco from 5 May to 24 June 2011.

Oskar Schlemmers or Luigi Veronesis articulated dolls, the Pulchinella and Arlequino by Alexandra Exter, Paul Klees puppets, Marcel Breuers chairs, Marcel Duchamps cup-and-ball game, even Calders famous circus: what a shame none of these can be found at Fnac Jeunesse or at Toys R US These unique pieces indeed existed. They were created by the greatest artists of the XXth century, and were recently the object of a retrospective at the Picasso museum in Malaga. The catalogue presents a choice of these creations full of humor, of inventiveness, of color, by asking the right questions: how did children find a place in the midst of modern utopias, how do art and toys interact? A few examples are looked at more closely, such as that of Torres-García and the lesser-known Ladislav Sutner (1887-1976), the pillar of the Workers Academy of Prague, the creator of small trains and building sets, rewarded by a prize during the Exposition International des arts décoratifs in Paris in 1925.
 Toys of the Avant-Garde, Museo Picasso Málaga, 2010, 384 p., 47,50 

BRUSSELS  The 29th edition of the modern and contemporary art fair, Art Brussels, will be held from 28 April to 1st May 2011 at Brussels Expo.

MARGATE  The Turner Contemporary Gallery, designed by architect David Chipperfield and dedicated to the links between Turner and the town, reopened on16 April 2011.

MONTREAL  The modern and contemporary art Biennale of Montreal will be held from 1 to 31 May 2011.

PARIS  The Salon international du livre ancien (International Old book fair) will be held at the Grand Palais from 29 April to 1st May 2011.

SALZBURG  Following the conclusions of a commission of experts, the Museum der Moderne has announced a painting by Klimt, Litzlberg am Attersee, will be given back to its Jewish owners, despoiled by the Nazis

The reproduction of the painting on artdaily.org

TOULOUSE  The Map, the Festival de la photographie de Toulouse (Toulouse photography festival), grouping together some thirty exhibitions, will be held from 1 to 31 May 2011.