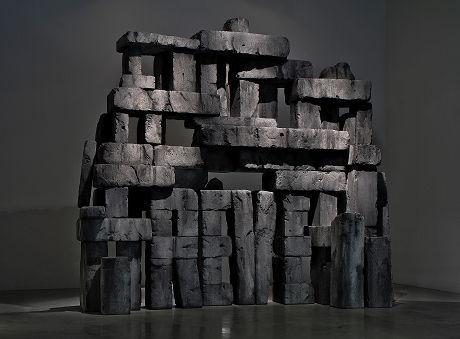 BASEL  This fair no longer needs to be introduced: Art Basel, the modern and contemporary art fair that dictates the trends and estimates will be holding its 42nd edition. It is less prone to controversy than the Biennale of Venice that is held simultaneously. But Art Basel is considered by the experts as the main barometer in the sector. For the duo Allora & Calzadilla, who have a good position in the two events (in the USA pavilion and the galerie Chantal Crousel), this is a consecration. For others, it will be an opportunity to build themselves a reputation. As every other year, we will be looking closely at two sectors in particular that have done a lot for the renewal of the fair: Art Unlimited, with its spectacular aspect (installations of large dimensions) and Art Statements (wher some thirty young, almost unknown artists are presented, from Brazilian Paulo Nenflidio to Polish artist Agnieszka Polska). Future potential stars
 Art Basel, from 15 to 19 June 2011.

All the Atget you can get

MADRID - He is the most famous writer of memoirs of old Paris, of its alleyways and the quais, its strollers, and artisans  florists, coach men, and its hurdy-gurdy men. And yet, the works of Eugène Atget (1857-1927) were on the brink of disappearing. After his death, it took the interest of American photographers, of Man Ray in particular and especially of his secretary Berenice Abbott, who saved a part of his funds by taking it to the United States, to bring it back to life. The exhibition in Madrid, the first in an international itinerary, presents a selection of images taken by the photographer between 1898 and 1923: the Seine, the gardens, indoor scenes examined carefully without omitting, of course, the fortifications, the «zone» where the ragmen and other homeless lived.
 Eugène Atget, el viejo París at the fondation Mapfre. From 27 May to 27 August 2011. The exhibition will the be presented in Rotterdam, Paris (in April 2012) and Sydney.

When Gulbenkian lived in Paris

PARIS  He was «Mr. 5 %» His nickname came from the royalties he received from the oil wells in Iraq. Backed up by this fortune, Calouste Gulbenkian was able to compete with JP Morgan or JP Getty to acquire the most beautiful works of art in the world. For a time they were exhibited in his superb private home on avenue dIéna in Paris, which he bought in 1922, before being grouped together in Lisbon where his foundation opened in 1956, right after his own demise. As the Centre culturel Calouste Gulbenkian gets ready today to leave this emblematic venue, it brings back to life the installation that was there over 50 years ago. We will see certain paintings that were there in the past while a section on architecture recalls the changes that marked the building.
 Lhôtel Gulbenkian, mémoires dun lieu at the Centre culturel Gulbenkian, from 8 June to 2 September 2011.

VIENNA - He was as famous in the past as he is unknown today: this exhibition dedicated to Hans Makart (1840-1884) should help place the painter back in the geography of XIX century art. An enthusiast of large compositions, just like Bougereau or Munkacsi (sometime sin strange formats, to surround the doors of sumptuous apartments), Makart knew how to satisfy the taste of his contemporaries for historic and mythological evocations full of color and in which muses did not mind being undressed (it can be seen in a brilliant manner in the series of the Five Senses). He was attracted very early in life by the court of Vienna, when it shown with all the splendor of Sissi, and he also shone in womens portraits (Sarah Bernhardt was among his models) and he knew how to give a convincing visual interpretation to Wagners operas. And the fact that he impressed Klimt surely suffices to confirm once again his renown
 Hans Makart at the Belvedere, from 9 June to 9 October 2011

DINARD  How does a creator react when an authoritarian regime oppresses him? A few clues are given in Big Brother, lartiste face au tyran (Big Brother, the artist in face of a tyrant) at the Palais des arts. From 11 June to 11 September 2011.

VIENNA - Max Weiler (1910-2001), a renowned painter, was also a brilliant drawer. The Albertina pays tribute to him by presenting a selection of the 4000 drawings done over seven decades. From 10 June to 16 October 2011.

LOUVRES  What did our ancestors from the Midle Ages eat? The answer is given in Ripailles et rogatons (Feasts and Rogations) at teh very young museum Archéa, inaugurated in 2010 near the airport of Roissy-Charles-de-Gaulle. From 10 June 2011 to 4 March 2012.

Otto Wols, the return of the cursed artist

PARIS - Otto Wols is considered a forerunner of informal painting be it of lyrical abstraction. A brilliant status the artist never knew of since he died in 1951, at the age of 38. His short life was marked by the picturesque (he made catalogues of African instruments, was a taxi driver in Ibiza, a prisoner in French camps in 1940) but he was mostly affected by material difficulties and his dependence on alcohol that caused his liver cirrhosis (and yet he died of food poisoning). A few months after his quoted value «exploded» (at 2.7 million  at Sothebys London in February 2011), his estate is being put on the market. There are watercolors, inks, drawings, «calligraphic amusements», photographs (on his death bed at the Montalembert hotel, where he asked to be taken to die, just like Oscar Wilde, «above his means»). The estimates go from a few hundred Euros to 12 000  for a touching watercolor, his last, paintedon25 August 1951 a week before his death, and over 200 000 for la Blême, a large oil on canvas with a scratching.
 Vente Otto Wols on 15 June 2011 at Drouot-Montaigne (Aponem-Deburaux SVV and Sophie Renard SVV)

Of course it makes us think of the Chapman brothers who bought a set of prints by Goya on the horrors of war in order to «complete» it with their own inscriptions. At the time this act had been considered as pure iconoclasm  In «Corrections» Sigurdur Arni Sigrdsson (born in 1963and the representative of Iceland at the Biennale of Venice in 1999) tries rather to put back into circulation images that have no interest and no particular value. These family photos are touched up, and these old post cards, these old advertising brochures are re-routed from their original, trivial sense. Consequently we look differently at the menhirs reproduced a thousand times, or the Tower of Pisa that becomes strangely straight. This seemingly light and amusing series actually questions the meaning of these images and their interpretation.
 Sigurdur Arni Sigurdsson, Corrections at the galerie Aline Vidal (70, rue Bonaparte, 75006 Paris), until 25 June 2011.

Ever since, as a 17 year old student at the school of the Gobelins, he fell into the Chevreul workshop, André Lemonnier pledged an exclusive passion to a demanding muse,color. As Goethe and Itten before him, he spent years writing up theories, inventing machines, as well as applying his knowledge to concrete inventions. He worked in particular on bringing color to industrial plants and corporate headquarters, as can be seen in the images of Socabu (a subsidiary of Exxon) with his shades of blues and greens, or the headquarters of Merlin Gerin. With an elder color artist, Jacques Fillacier, he invented in 1968 the Polyton, a diabolic machine, capable of producing 180 000 colors by optic mixing of moving disks. He also created a range of 222 colors, especially for Vasarely, and helped the RATP, Ricard as well as Béghin-Say to put some chrome in their installations. This book accompanies the donation of his fund to La Piscine in Roubaix, where an exhibition was recently dedicated to him, and it describes, in our civilization governed by «zapping», an unusual itinerary as it is totally focused on an objective.
 Le laboratoire de la couleur, by André Lemonnier, Gourcuff Gradenigo 2010, 144 p., 24 

BRUSSELS - The XXIth Bruneaf fair, dedicated to primitive arts from Africa, America, Asia and Oceania, will be held from 8 to 12 June 2011.

GETARIA (Spain)  The museum Cristobal Balenciaga, dedicated to the famous clothes designer, will open to the public on 10 June 2011, with a permanent collection of nearly 1200 pieces.

HASTINGUES (France)  The international ceramics Festival at the abbey of Arthous, held from 11 to 13 June 2011, is dedicated to India

LOS ANGELES  The Getty Research Institute has announced the acquisition of the Harald Szeemann archive. Szeemann was one of the foremost art critics of the 20th century and his 1969 exhibition at the Bern Kunsthalle, "When Attitudes Become Form" was seminal.

I drive, therefore I am. Cars and fetishism

BASEL - The exhibition at the musée Tinguely shows how much art has been influenced by cars, the most important element of the civilization of the XXth century,by drawing up a panorama of 80 artists, from Giacomo Balla to Andy Warhol, from Jean Tinguely to current creators such as Damián Ortega.