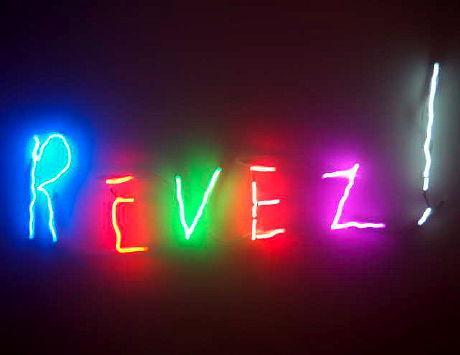 This new year is not starting under the best economic auspices. This is yet another reason to go seek in exhibitions the reason for dreaming which reality seems to deny us! We give you a selection of events that you should not miss during this first semester in the fields of photography and contemporary art, throughout Europe. Next week we will continue with our list of the best in ancient and modern art and the major history exhibitions, from the Egyptians to the Mayas. Of course our choice is partial and subjective, but we will increasingly enrich it with our weekly newsletters. Enjoy your visit/s!

18 APPOINTMENTS FROM CARTIER-BRESSON TO WEIWEI

Henri Cartier-Bresson, Paul Strand and their time in Mexico (1932-34) trigger off the year at the Fondation Cartier-Bresson in Paris (11 January), just before the Maison européenne de la photographie shows the delicate images of Youssef Nabil, inspired by the world of movies (18 January). The MACBA in Barcelona describes a pioneering, Spanish experience, the one of the Centre Internacional de Fotografia, between 1978 and 1983 (27 January). Bozar in Brussels presents Cy Twomblys Polaroids (1st February), the Victoria & Albert Museum shows the relationship between Cecil Beaton and an exceptional model, the Queen of England (8 February) just before the Jeu de paume hosts a retrospective of Berenice Abbott and welcomes Chinese dissident Ai Weiwei (21 February). In Lausanne, the Musée de l'Elysée deciphers the The Aesthetics of the photobooth (17 February). Capa and Taros famous Mexican suitcase, recently discovered, is shown at the Museo de Bellas Artes in Bilbao (27 February). As we remain in Spain, the Museo Picasso in Malaga shows Ph Photographic portraits of Picasso done by 35 different artists (5 March). On the same month, we will rediscover an illustrator of modernism, E. O. Hoppé, at the Mapfre foundation in Madrid (8 March) or peek into Japanese Photography since 1945 at the Museum für Fotografie in Berlin (9 March). We will discover, almost simultaneously, British Photography since 1945 at the Victoria & Albert Museum (16 March). Once the spring has started, Helmut Newton will land at the Grand Palais (24 March) and Atget at the musée Carnavalet (25 April). The major European events will start as usual at the end of the spring: Foto España, in Madrid (31 May), the Summer of Photography at Bozar (14 June) and the Rencontres dArles (2 July).

Young Mexican artists, frustrated by the cancellation of the Year of Mexico in France in 2011, will make up for it with two simultaneous retrospectives: Resisting the Present at the Musée dart moderne de la Ville de Paris (9 March) and From Posada to Alys , which will seek its references even further in the past, all the way back to the Revolution, at the Kunsthaus Zurich (16 March). The previous day, Europe will have a first taste of the event much covered by the media in California that dug out the pioneers of post-war art: Pacific Standard Time, Art in Los Angeles 1950-1980, at the Martin-Gropius-Bau in Berlin (15 March). Just before, the Maison rouge in Paris will have offered an original retropective, Neon, whos afraid of red, yellow and blue?, that shows the use of neon by the artists, many of them American, after the 1950s (17 February). Japanese comic strips, that have greatly impregnated large areas of visual culture, will see their influence dissected in Planète Manga the Centre Pompidou (11 February). At the Fondation Maeght we will celebrate the Fondation Gori, set up near Florence, and of its sculpture garden by presenting two new works by Robert Morris and Alessandro Mendini (31 March). And of course, to wrap up the spring season, everyone awaits impatiently the mythical Documenta 13 (9 June), the avatar of a pioneer event that began in 1955 in Kassel.

Among the discoveries, Eko Nugroho is still relatively unknown to the public at large, but this young (born in 1977) Indonesian artist, winner of the SAM Art Projects prize, should leave his mark with his large installations of painting and embroidery at the Musée dArt moderne de la Ville de Paris (13 January). Among the other «exotic» creators to be closely followed, we recommend Turkish artist Yüksel Arslan (born in 1933), who imprisons in his drawings a mystic way of thinking nourished by literature and strange pigments (at the Kunsthalle in Zurich, 28 January). Various major English stars are patiently awaited in the beginning of this year, in particular David Hockney, who will present at the Royal Academy of Arts (21 January) landscapes in large formats, recently executed; Lucian Freud, who passed away last year, will be present at the National Portrait Gallery (9 February) with a beautiful selection of portraits. But the one who mostly attracts the media is nevertheless Damien Hirst, enthroned at the Tate Modern (4 April) after having invaded all the Gagosian galleries in the world from 12 January to 18 February. The French scene presents timeless Daniel Buren, who, after Richard Serra and Anish Kapoor, will have the honor of setting up an installation for Monumenta at the Grand Palais (9 May) as well as Robert Combas, who is still awaiting international recognition and could well receive it following the retrospective at the Musée dart contemporain in Lyon (24 February), bringing together hundreds of pieces and a rock recording studio. Among the other international heavyweights, we have a Per Kirkeby shown in Brussels at Bozar (12 February), Ernst Haacke at the Reina Sofia in Madrid (14 February), Urs Fischer,, who shone at the last Biennale of Venice with his wax sculpture, at the Palazzo Grassi in Venice (15 April), Gerhard Richter who will celebrate his 80th birthday at the Centre Pompidou (15 June), as well as drawers Art Spiegelman,, also at the Centre Pompidou to open the Spring season (21 March) or Robert Crumb (13 April at the musée dArt moderne de la Ville de Paris), who is now at the par with the main contemporary plastic artists.

MADRID - The Museo Thyssen-Bornemisza is presenting a retrospective exhibition of the Impressionist painter Berthe Morisot. More than 30 works come from the Musée Marmottan Monet alongside one loaned from the Fondation Pierre Gianadda in Martigny (Switzerland) and others from the Thyssen collections.

Questioning the concept of travel, whether the result of free-will or constraint...