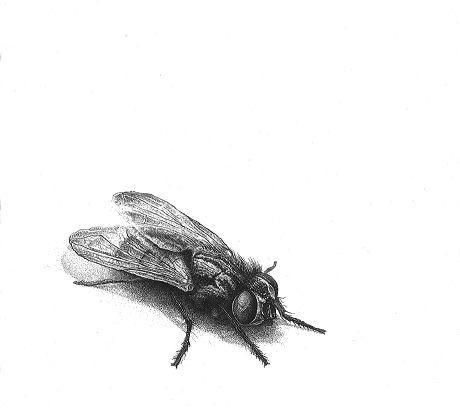 Everyone knows Paris plays a role in tribal art, in books or photography. Here we have the proof that drawing is one of the strong points of the French capital. Following the Salon du dessin, a pioneer event created in 1991 and which has been set up since 2004 at the Palais-Brongniart, others have gradually been added to rendez-vous in the same spirit, some of them closely connected (like the Semaine du dessin, a series of exhibitions and demonstrations in the museums) or other times completely independent. Among them there are other fairs defined as satellites, focused on contemporary production, like Drawing Now at the Carrousel du Louvre (82 galleries for this 6th edition) or Chic Dessin at the Atelier Richelieu. To reinforce the program, auction houses also take part in this movement by reinforcing their sales with beautiful sheets. It is often said that drawings are a good launching pad for beginner collectors. This saying is mostly proven in times of crisis

Leonardo and the mysteries of Saint Anne

PARIS  Following his large exhibition at the National Gallery, Leonardo is back in full force. This time, it is the restoration of one of his masterpieces, Saint Anne from the Louvre, that is the reason for bringing together nearly130 works (among which is the newly found Mona Lisa from the Prado). There is still a lot to be decrypted! Who commissioned him? François I or a noble Florentine? What is the history of this painting and why did the Saint-John the Baptist, present on the Burlington House card, disappear and leave his place to the Christ like lamb? We can add one more element to this list of mysteries, Freuds intervention and his vision of a vulture in the Virgins blue shawl, proof he said of Leonardos homosexuality Preparatory sketches as well as works  from Metsys to Redon  inspired from this endless composition (that started in the beginning of the XVIth century, Leonardo brought it to France and left it unfinished when he died in 519) complete the exhibition, all in honor of an idea incarnated in the drawing
 La Sainte Anne, lultime chef-duvre de Léonard de Vinci at the musée du Louvre, 29 March - 25 June 2012.

These exhibitions are also opening...

GRENOBLE  A loan from the Die Brücke museum in Berlin allows the museum in Grenoble to present a large retrospective of this movement that preceded Expressionism. Du 30 mars au 17 juin 2012.

The trove of Henri Martin

RENNES - Henri Martin (1860-1943) is an artist often present in auctions, particularly I Anglo-Saxon countries where most of the records for his work have been set, among them the highest bid for Pergola à lautomne, 740 000 at Sothebys in London in 2007. That is why it is such a surprise to see him up for sale in Brittany, and more so with a series of 42 paintings! This nearly miraculous discovery is owed to Carole Jézéquel, an auctioneer in Rennes during an expertise. These paintings were inherited by the current owners some thirty years ago but had practically been abandoned since, and were part of the collection of a magistrate, Paul Riff (president of the Court of Appeals of Douai) and have kept the original large Art nouveau frames. As they have never been exhibited they are very fresh and therefore should tempt foreign clients with a range of estimates both large and restrained (between 2500 and 160 000).
Collection Paul Riff 1st April at Rennes Enchères

He claims the use of watercolors, an old fashioned technique, to represent the world. It was thus that Yvan Salomone participated in the project of artistic accompaniment of the third tramline in Paris by drawing scenes during the construction, and then transcribed them in large formats (104 x 145 cm). Whether it is seascapes of ports in Brittany (the artist was born in Saint-Malo in 1957 and still works there), caravans in poor areas, silos, carcasses of abandoned buildings, temporary construction site buildings, cranes or rails, these are all the neglected and despised - dimensions of reality that attract him. He transforms them through games with colors, a little like topographer artists or painters of battles used to give their vision, that lasts longer because it is built, in other words organized in a hierarchy, allowing himself to take out details, accessories, a game with hazy views and shadows.
 Yvan Salomone is represented by galerieofmarseille, to be seen at Drawing Now

Like Soulages! The color black had an indescribable attraction on Victor Hugo. He liked the ink he used for writing as much as the one that allowed him to do wash drawings that fascinated the Surrealists, in their rush to see in him the pioneer of automatic writing. The thesis of the book, due to a great specialist of Sade, is that black is the instrument that allowed him to present all his obsessions  his fight against poverty, the death penalty, the exile imposed by Little Napoleon as of 1852, his madness, his solitude This ink, these shadows also allowed him to immortalize his trips, based on little stains: Burg, the dilapidated castles, the lighthouse of Casquets and of course Hauteville House in Guernesey. Photographs by Edmond Bacot in 1862 show a house in the color of a sepulcher
 Les arcs-en-ciel du noir : Victor Hugo, par Annie Le Brun, Gallimard, 2012, 160 p., 19 .

PARIS  Art Paris, the fair of modern and contemporary art, will be held at the Grand Palais from 29 March to 1st April 2012.

PARIS  The Cornette de Saint Cyr Auction house organizes 14 sales (of which art of the XXth century, decoration and collections including the one of Fernand Meyssonnier, one of the last French headsmen) from 1 to 5 April at the hôtel Salomon de Rothschild.