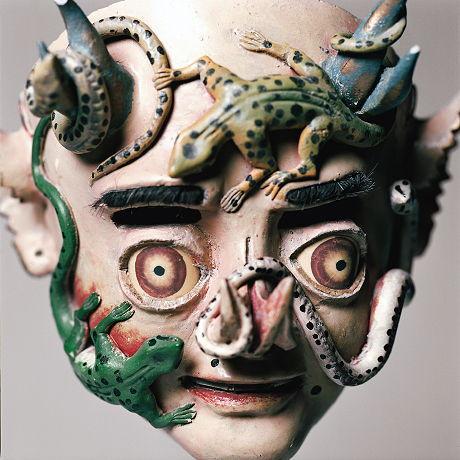 Why are Western societies fascinated by shamanism?

The mechanization and rationalization of our societies have made them hungry for what is sacred, hence the new interest in shamanism  It turns the disorder in the world (death, illness, war) into vital forces that we fight endlessly to maintain a fragile balance. To fight this threatening disorder shamanism uses champions of the same time, free, deviant, marginal or excessive  such as Dionysos, the spirit of Thunder, or the sorcerer with the mad laughter -, who in turn react with esoteric rituals, using trances, insanity or hallucinations. In short, they are all that our logical, Cartesian societies reject for being dark, uncontrollable forces. The exhibition at quai Branly groups together demonstrations from the world over from Africa, Siberia or Oceania  and from by-gone times sacred clowns, levitation, cosmic trips. In order to give viewers other keys to understand, famous artists such as Thomas Hirschhorn or Annette Messager have intervened to give their own interpretation and quench our thirst for the irrational
 Les maîtres du désordre at the musée du quai Branly, 11 April - 29 July 2012.

STRASBOURG - We all know the bottle of Leyde but who knows Nicolas de Leyde? This first large retrospective will allow us to discover a major unknown man from the XVth century, as much of a globe trotter as were the Surrealists or the Dadaists. He was born in Flanders and died in Vienna at the age of 43, in 1473. He had in the meantime spent a creative period in Strasbourg, from 1462 to 1467, working on the Saint-Jean chapel of the cathedral and on the portal of the citys Chancellery (disappeared). Seventy works from all over Europe and the United-States (Chicago, New York) show the artists virtuosity in a very unique genre, the leaning bust, and the remarkable psychological depth of those stone and wooden faces that became so characteristic of North European sculpture.
 Nicolas de Leyde, sculpteur du XVe siècle at the musée de luvre, 30 March - 8 July 2012.

THESE EXHIBITIONS OPEN THIS WEEK...

Damien Hirst at the top

LONDON - Damien Hirst, the most expensive artist, the wealthiest, the most productive in the world, is finally given a retrospective that will be a reference It will be held at the Tate Modern and will present productions from all the phases of the the Young British Artists career. 4 April - 9 September 2012.

Modigliani and his pals from Montparnasse

PARIS - Modigliani, Soutine et laventure de Montparnasse presents at the Pinacothèque a little-known collection of master pices of the XXth century. It was brought together by Jonas Netter, a simple brand representative, and includes works by Modigliani and Soutine as well as some by Utrillo, Valadon, Kisling 4 April - 9 September 2012.

PARIS  He is one of the masters of the Renaissance, not yet known enough. But the musée du Luxembourg offers a real stage to Cima da Conegliano, so he may join his equals Bellini or Carpaccio in the Venetian pantheon. 5 April - 15 July 2012.

PARIS  Apollinaire, Arp, Artaud, as well as manifestoes and reviews of the Portuguese, Rumanian, Japanese and even Latvian avant-guards. This is the eclectic choice in 554 lots of works from the Surrealist period that will be scattered. Among other things there are editions of LEmmerdeur and LEnculeur by Mariën and Magritte, the original edition of the Fable des origines by Henri Michaux, published by éditions du Disque vert in 1923 (800), Jean Paulhans Entretiens sur des faits divers sent to Nush and Paul Eluard (400), an edition in 424 issues of Et les seins mouraient by Benjamin Péret, published in Marseille by les Cahiers du Sud (1000), drawings by Gisèle Prassinos, collages by Prévert. Lot 421 is a true surprise, the first issue of Playboy  It is not an address book of nude young ladies but rather an avant-guard review with its portofolio of art and satire, printed by hand in New York in 1919, that should easily go for more than the estimated 700.
 Art surréaliste et livres du XXe siècle 5 and 6 April 2012 at Drouot-Richelieu (Binoche & Giquello).

Victoria Klotz, To get done with once and for all with Little Red Riding Hood, Adhémar castle, Montélimar, 2012

Victoria Klotz, between nature and culture

It is very fashionable these days to question our relationship to Nature. This theme is at the heart of Victoria Klotzs work (born in 1969), who immerses herself into a forest or a park to develop her series combining sound, video and plastic works. After her Ravissement des loups at the castle of Adhémar last autumn, she accepted the invitation from Chemins du patrimoine in Finistère (Heritage paths in Brittany) to produce an installation at the abbey of Daoulas. Behind a poplar fence a stag, a donkey, a woman, a man and a child stand in a fragile balance in 5 hectares of fallow land. This true Garden of Eden may only be visible through small openings that unveil for the viewer the unexpected, while inevitably influencing that glance
 La Dissolution de lEden is presented from 7 April to 14 October 2012 at the abbey of Daoulas. Also to be seen, in the context of Chemins du patrimoine en Finistère, the installation Batbox by Erik Samakh at the castle of Trévarez.

CLICK HERE to see the openings in France, Belgium or Switzerland, from Urs Fisher to Bernard Dufour

How did one of the wealthiest art dealers in the world, Daniel Wildenstein (1917-2001), get away with declaring revenue of 780 per month, while he owned 180 paintings by Bonnard evaluated at 380 million? The Wildenstein affair was in all the front covers of newspapers, and continues to be. In this book one of the parties concerned, Claude Dumont-Beghi, the lawyer of Daniel Wildensteins second wife, draws up an indictment against the art dealers children who knowingly despoiled her client by excluding her from the inheritance. Not all the recourses have been eliminated but the tax adjustment for 600 million the French State recently ruled (1st February 2012) against the heirs will not necessarily weigh in their favor. By reading between the lines the story of this long legal battle that started in 2001 and was interrupted at the end of 2010 when the plaintiff passed away reads like a fascinating novel. We see the powerful of this world, unique paintings, and not only of modern art (for example a version of Caravaggios The lute player estimated at 25 million), a stable of race horses that have won a number of times the Arc de triomphe prize and a 30 000 hectare ranch in Kenya, where Out of Africa was shot. We have all the elements for a Hollywood block buster
 Laffaire Wildenstein, histoire dune spoliation by Claude Dumont-Beghi, LArchipel, 2012, 240 p., 18,50 .