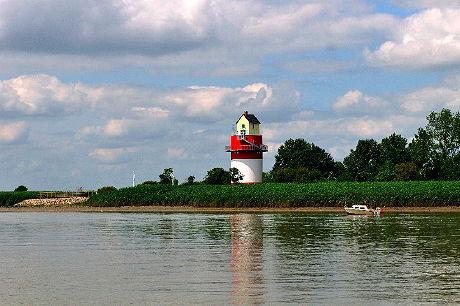 When Jean-Marc Ayrault was named Prime Minister by François Hollande he made the trip to Paris. At the same moment an artistic event, the Voyage à Nantes, invites us to take the trip in the opposite direction  After a decade of worthy programs, a biennale of contemporary art Estuaire (which has scattered works of art over 60 kilometres of the Loire rivers banks) and following the Folle Journée (Wild Day) which presents hundreds of concerts around one same composer, this event confirms the ambitions of the Western metropolis. It associates creations and architectural renovations - such as the Mémorial de labolition de lesclavage, the Hangar à bananes, the Fabrique-, installations like the Carrousel des mondes marins, a huge articulated machine that is a tribute to Jules Verne, a native from Nantes  and temporary exhibitions (Agnès Varda, Roman Signer, Leandro Erlich, etc.). This demonstrates, contrary to the prophecies from the doomsayers of standardisation, that cultural vitality has never been so well shared as in our globalized civilization.
 Le voyage à Nantes from 15 June to 19 August 2012

PARIS  She was one of the great muses of the XXth century. Misia Sert (1872-1950) carried the name of her third husband, painter José Maria Sert, whose work we just admired in a retrospective at the Petit Palais. But that is only one aspect of her sentimental life, as she was first married to Thadée Natanson, the mind and soul of the Revue blanche, and then to Alfred Edwards, a press tycoon who financed the Ballets russes and in particular the Sacre du printemps. This exhibition demonstrates that the musician born in Saint-Petersburg was a lot more. Indeed she was an icon for a great part of the avant-garde, inspired poems to Mallarmé, a character to Proust in his Search, portraits to Bonnard and posters to Toulouse-Lautrec. Hers was an adventure-filled life in which intrigues and mystery played a large part: before being replaced in Serts heart by beautiful Roussy Mdivani, it seems she played an important role in the death of Geneviève Lantelme, one of her second husbands mistresses
 Misia, reine de Paris at the musée dOrsay, from 12 June to 9 September 2012.

Raffaello on the eve of his demise

MADRID  The Prado museum dedicates an exhibition to the last Raffaello: the last productions of an artist who died very young, including the famous portrait of Castiglione. From 12 June to 16 September 2012.

The art of loving

EVIAN  From Courbet to Pierre & Gilles and including Picasso, Lart daimer, at the palais Lumière, shows the representation of sentimental and carnal love throughout the last two centuries. From 16 June to 23 September 2012.

PARIS  Chinas new economic power often makes us forget it is also an ancient civilization. At the musée du quai Branly, Les séductions du palais (Seductions of the palate) gives us a perfect demonstration in the field of gastronomy by presenting seven millenniums of culinary art. From 19 June to 30 September 2012.

PARIS  A lithograph of the castle of Noisiel by Pontalba is estimated at 50; a panoramic map of Paris from 1617 with engravings made by Pieter van den Keere with a cutter is estimated almost 1000 times more, (30 000 ) A whole world of maps, atlases, perspectives, views and travels that make up this sale are somewhere between these two extremes. From Niagara Falls towards 1850 (aquatint by Church) to the map of Torino before the attack by the French in 1706, an optic view of Boston in the XVIIIth century and the reproduction of Port Saint-Louis in the Ile Maurice by Louis Garneray, most of the lots, far more exotic than the ads of our current tour operators, invite us to travel all over the world
 Collection de gravures anciennes at Hôtel-Drouot on 15 June 2012 (Castor-Hara)

I have no program, no style, no guideline. When one is an artist it takes a certain amount of courage to make such a declaration. And yet, that is what Gerhard Richter confessed. At the age of 80 he is holding a large exhibition at the Centre Pompidou (150 works), accompanied by another exhibit at the Louvre. Half a century of creation will be reviewed, from the photo-paintings from the 60s, closely repeating reality, to the abstraction of the 1980s and 1990s; there are also the grey paintings of the later portraits after 2000 that demonstrate it is indeed impossible to classify the German artist. His father with a bookstore in Dresde and his aunt a victim of the Nazi eugenic practices seem to prove that his refusal to be inserted in any predefined box is not so much due to a lack of decision as much as a hymn to freedom.

Gerhard Richter, Panorama at the Centre Pompidou, from 6 June to 24 September 2012.

Summer of Photography, Sense of Place

An overview of contemporary landscape photography with 40 European artists

CLICK HERE to see the openings in France, Belgium, Switzerland.

The last mystery regarding Napoleon

On the morning of 18 June 1815, the Emperor was full of hope. That same evening, all was lost at Waterloo. Once the Guard had been pushed back what little was left of the army broke ranks. The greatest shame was the loss of his personal vehicle with all his belongings. Napoleon always kept them near him, and now the enemy held them. This is the red thread of this book that accompanies an exhibition at the musée de la Légion dhonneur. It is the result of a true police investigation. For it was not known for a long time what had happened to the treasure, and first of all the decorations the Emperor had received throughout his existence  the jewel of the chevalier de lordre des Séraphins or the plates of the chevalier de lordre de lAigle dor, or that of the ordre de lEléphant. They became the war spoils of marshal Blücher and were exhibited in Berlin before disappearing discreetly, only to appear from time to time following the treaty of Versailles to then slip away again  to reappear in Moscow in 2000. The book describes this fantastic story with all the details of the insignia, which have exceptionally come back to Paris.
 La berline de Napoléon, le mystère du butin de Waterloo, directed by Jean Tulard, Albin Michel, 250 p., 34.50

BOULOGNE-SUR-MER - The Centre Pompidou Mobile will set up for its third stop from 16 June to 16 September 2012.

LE HAVRE - Fifty years after its first departure to New York, the Havre celebrates the France ocean liner with three exhibitions of which the most important is held at the MuMA - Musée d'art moderne André Malraux.