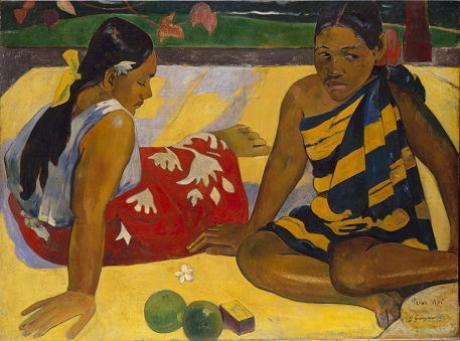 25 EXHIBITIONS NOT TO BE MISSED IN EUROPE

In our newsletter date 13 September 2012 we presented to you a selection of beautiful autumn exhibitions in Paris. We will presume to do the same at the European scale: from Nefertiti to Van Dyck from Gauguin, to Gabriel Orozco, here is a selection of events not-to-be-missed.

The Dirty 30s were not particularly a good time for relaxing painting but nevertheless creation did take place across the board as can be seen at the Museo Reina Sofía in Madrid (until 7 January). The same museum shows, in another exhibition, the influence of Antonin Artaud and his experiments on art in the 1960s (until 17 December). In Asterisms, Gabriel Orozco focuses on the theme of the environment and sustainable development, starting with mountains of trash patiently collected (at the Deutsche Guggenheim, in Berlin, until 21 October). Fernand Léger and Henri Laurens: the former, a painter, is a lot more famous than the latter, a sculptor. But both are complementary facets of the art of the first half of the XXth century as can be seen at the Frieder Burda museum in Baden-Baden (until 4 November). This is one of the movements that revolutionized art in the 1960s, with artists such as Mario Merz, Jannis Kounellis or Luciano Fabro : lArte Povera fills the galleries at the Kunstmuseum museum in Zurich (until 3 February). A collection focused on color is how the Merzbacher Collection appears, with some one hundred pieces, from Matisse or Picasso, presented at the fondation Pierre Gianadda in Martigny (until 25 November). At the Collection de lart brut, in Lausanne, following Aloïse, American artist Morton Bartlett is in the limelight, with his dolls sculpted in plaster (from 23 November to 14 April). The un-rivaled master of Latin American art Fernando Botero presents 80 of his works at the Museo de Bellas Artes in Bilbao (from 8 October to 20 January). A woman no doubt, but what about a naked man? In Naked Men, the Leopold Museum in Vienna dissects the representation of naked men in painting since 1800 (from 19 October to 28 January). Constant Permeke, interprets little folks, workers and peasants: a world that is born again at Bozar in Brussels (from 11 October to 20 January).

An essentially British school, the movement of the Pre-raphaelites is studied in detail at the Tate Britain (until 13 January), with its prophets  Rossetti, Hunt, Millais and Madox Brown. The theme of the far-away journey has fomented Gauguin and the call of exoticism at the Thyssen-Bornemisza museum in Madrid, bringing together, around the famous Nabi, Matisse, Klee and Macke (from 9 October to 13 January). The extraordinary palette of Degas growing old presented at the fondation Beyeler in Basel (until 27 January) while another sacred master is celebrated in Vienna: the exhibition designed by the Belvedere of Vienna for the 150 years of Gustav Klimt will continue until 6 January. Brilliant artists and social butterflies in Paris in the XIXth century, Boldini, Previati and De Pisis are brought together in a large exhibition at the Palazzo dei Diamanti in Ferrara (from 13 October to 13 January).

Nermine Hammam, From the series Upekkha, 2011 Archival inkjet print, 60 x 90 cm, V&A. The Art Fund Collection of Middle Eastern Photography at the V&A and the British Museum (exhibition at the V&A Museum).

The Leopold Museum in Vienna offers a rare presentation of the fragile Hattori Collection of Japanese art, and its wealth of paintings on silk and on netsuke (until 4 February). Like each year, the Egypt of the Pharaohs enjoys a special focus, this time shed on the lovely traits of the most beautiful queen, Nfertititi, of whom the Neues Museum in Berlin has owned for exactly a century the most famous bust (from 7 December to 13 April). The Victoria & Albert Museum in London offers an original and rather brave theme for our times: the Light from the Middle East . It takes on the aspect of a living and varied discipline, contradicting the well-known clichés with a wide panorama of some one hundred works by thirty different artists (from 13 November to 7 April). The Jewish Museum of Vienna invites us to plunge into a tragic story, by presenting the portrait of a world long-gone, that of Jewish women photographers from the beginning of the XXth century (from 23 October to 3 March). Imogen Cunningham, a unique creator with a legendary longevity (1883-1976), is largely exhibited, and in particular her photos of elderly persons, at the fondation Mapfre in Madrid (from 18 September to 20 January).

While Paris is honoring Venice all the way with two exhibitions of Canaletto, Venice has nothing to be ashamed of with its retrospective Francesco Guardi at the museo Correr (until 6 January).

LILLE - Lille Fantastic, a festival of visual arts, music, theatre, etc. opens with a parade on Saturday 6 October 2013 and lasts until 13 January 2013.

PARIS - The 11th edition of the Nuit blanche, with exhibitions ans performances, is taking place on the night between Saturday 6 and Sunday 7 October 2012.

PHOENIX - The David Wright House, a landmark by Frank Lloyd Wright is facing demolition in a real estate development.

See the article in The New York Times

PARIS  The most beautiful example of Japanese construction in Europe, dedicated to the tea ceremony, has been fully restored.

PARIS  The Musée Guimet shows the itinerary of a universal beverage that has thrived for more than 2,000 years.

BRUSSELS - The Musée du Cinquantenaire dedicates an exhibition to Marie-José (1906-2001), who married prince Umberto, the Italian heir, and whose impressive clothes contributed to the prestige of the Roman court.

A new festival of photography presenting around 60 European galleries

Our selection of openings in France, Belgium and Switzerland