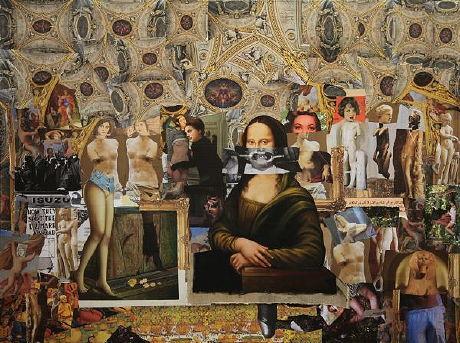 The FIAC is coming of age

PARIS  Next year the FIAC (international contemporary art fair) will be 40 years old. For its last youthful year it is showing a strong profile, with its 180 galleries brought together under the glass dome of the Grand Palais. To prove its international side it boasts of having only one third of participants being French. And we will see among the others some that had been looked down at in the past, such as London based White Cube or the multinational Gagosian.The success of the FIAC also lies, as is the case for the Frieze in London or Art Basel in Basel and Miami, in the number of satellite fairs around it. From the oldest to the most recent ones, Slick, Show Off, Cutlog, Art Elysées and the very latest one YIA group together as many galleries as the FIAC itself. To see them all is impossible, as it would require seeing at least one hundred stands per day. But this confirms that Paris is not out from the international stage.
 FIAC, from 18 to 21 October 2012, at the Grand Palais, Jardin des Plantes and the Muséum dhistoire naturelle

LAST DAYS! HURRY UP! UNTIL OCTOBER 28 2012, DO NOT MISS...CHRISTOPHE CARTIER - PAINTINGS 2007-2012; a form of abstraction that is a deep immersion in colour at the MUSEE PAUL DELOUVRIER in EVRY - FRANCE. Read the article in Art-of-the-Day.

Ten artists to keep your eye on

During the FIAC and its parallel fairs, Paris galleries offer a dense program of exhibitions. Just to mention a few of the most cosmopolitan ones; Japanese Susumu Shingu presents some ten mobile sculptures at the Jaeger-Bucher gallerie as well as an installation in the Bassin des Tuileries. Iranian Ramin Haerizadeh, set up in Dubai, exhibits at Nathalie Obadia's collages that mistreat a few of the greater historic and art figures. At Chantal Crousel, South-Korean Haegue Yang builds installations from Venician blinds, electric cables and light bulbs. Blair Thurman, from New Orleans, rejuvenates the use of neon at Frank Elbaz. Similar to his older compatriot Ionesco, Rumanian artist Catalin Petrisor plays with what is absurd at the galerie Dix9. At the galerie Perrotin, which continues its very high powered expansion (it will soon set up in New York), Swedish Klara Kristalova transcribes into ceramics the characters of contemporary society. Ukranian photographer Boris Mikhailov has kept his critical eye at the galerie Suzanne Tarasiève. Thai Pratchaya Phinthong presents at gb agency a very pure conceptual art. German Michael Riedel upsets all codes of typography and scientific communication over at Michel Rein's gallery. Last but not least, over at Almine Rech's gallery, young American artist Alex Israel gives an iconic dimension to movie studio accessories by taking them out of their context.

PARIS - This is the story of a friendship that lasted more than four decades. In 1936, Alexandre Trauner,a young thirty year old Hungarian emigrant who started building himself a reputation (in particular on Jacques Feyder's La kermesse héroïque), met Jacques Prévert, who was six years older. Respectively as decorator and script writer of movie director Marcel Carné, they would link their names to some of the greatest monuments of French cinema: Quai des Brumes (1938), Les Visiteurs du soir (1942) or Les Enfants du paradis (1945). This auction presents some of the moments that marked this association, such as autographed letters, gouaches for the decors, photographs or collages. We know Prévert did many other things, but Trauner also followed other paths. He worked with Orson Welles (Othello) and Joseph Losey (Don Giovanni) and was one of the pillars of Saint-Germain-des-Prés in the period right after the war, befriending Duke Ellington or Boris Vian. A whole era comes to life through these 304 lots of a spiritual, typical and eternal aspect of Paris.
 Cinéma : Prévert/Trauner, une amitié complice from 24 October at hôtel-Drouot (SVV Binoche & Giquello)

A requiem for Haussmann

Haussmann, the grave digger of ancient Paris! This is not the first time this accusation is made and it has some truth though the Paris everyone loves is the one he created, with its large boulevards and its large standard buildings. We must admit though that the préfet of the Seine was honest enough to leave traces of his deeds. Pierre Pinon has recently taken out certain documents from the Bibliothèque historique de la Ville de Paris that give an idea of the remarkable idea of the transcriptions that took place before knocking down 250 houses from the XVIIth and XVIIIth centuries along rue de Rivoli. Water colored drawings were made of the condemned facades. Unfortunately these documents disappeared during the fire of the Hôtel de Ville. Luckily though Davioud mentioned in 1877 to the librarian that he had kept the minutes (line drawings before the clean copy), which had not been seen since. But they are published in this book, without any comments, something like a slide show of the constructions on rue de la Tixeranderie, rue Trognon, rue Tirechappe,the hôtel de lUnion on rue Nicolas-Flamel, the colonial staples of Villary or the Marivaux baths. A Paris long gone by
 Paris pour mémoire, le livre noir des destructions haussmaniennes by Pierre Pinon, Parigramme, 2012, 49 Euros.

60 works by Meret Oppenheim, who would have celebrated her hundredth birthday in 2013

See our selection for this week

PARIS- The project to tax all works of art with a value superior to 50 000 Euros has finally being put aside.

PARIS-The Zadkine museum opened on 10 October 2012 after a year of rehabilitation work.

ROTTERDAM- Seven paintings by great masters were stolen from the Kunsthal museum on Tuesday 16 October. Among them there is a Gauguin, a Monet(Waterloo Bridge London, a Picasso and a Matisse.

The article in the New York Times.

PARIS - Nearly forty works of the Japanese artist (paintings, prints and drawings) among which is the famous Breaking wave off Kanagawa are exceptionally presented for three months at the Musée Guimet.