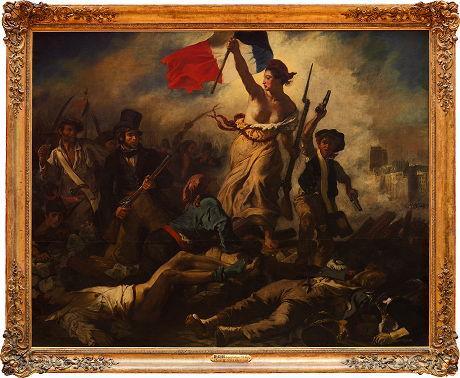 Is the Louvre over ambitious?

PARIS - Henri Loyrette regularly repeats his ambition for a universal Louvre museum. The museum he directs today is the most visited one in the world, with 8.8 million visitors in 2011 (of which 92% for the permanent collections) compared to 5.1 million in 2001. Simultaneously to this spectacular growth, the Parisian museum triggered off all-out development. Following the opening of the department of Islam arts, its most recent event has been the public opening of the Louvre-Lens on 12 December 2012. Another highly debated antenna designed by architect Jean Nouvel will be inaugurated in Abu Dhabi in 2015 while the number of agreements with American institutions from the High Museum in Atlanta to the museums in San Francisco keeps rising. Then there are agreements with Japanese institutions such as NTV television recently reached, including long term collaboration with various important quadrennial exhibitions in Japan between 2018 and 2034! One of the effects of these partnerships has been the significant increase in the museums self-financing that is now at 50%. But this also involves loans and deposits of works of art, to be added to those agreed to exhibitions in other museums. As the promise has been made more than once not to lend old second-rate works of art, the museum will have to part with some of its masterpieces. The presence in Lens of Courtesan by Raphael and of Liberty leading the people by Delacroix has caused sufficient criticism, in France and abroad (Jonathan Jones in the Guardian). The proverb says Do not bite off more than you can chew. Does the globalised Louvre risk losing its soul?

LENS - In 2003 a decision by then French President Jacques Chirac outlined the decision for a Louvre museum to set up in Lens. It has just been inaugurated in a light filled building designed by the Japanese duo Kazuyo Sejima and Ryue Nishizawa (Sanaa agency): 28 000 square meters, of which 7 000 for exhibitions, in a 20 hectare park. Rather than bring culture to a impoverished region as it has sometimes been announced, the Louvre-Lens is integrating a very rich and dynamic fabric with 49 establishments with the musée de France label in the region and a stimulating effect from Lille European cultural capital in 2004. It should benefit from this and help reach the attendance objectives of 700 000 visitors the first year, 500 000 the following ones. The Louvre Lens does not have a permanent collection and will draw works from the parent company for turning exhibitions of a few months or a year. A fireworks show has of course been programmed for the beginning, with a chronological plethora and an exhibition on the Renaissance. Aside from the Delacroix and Raphael mentioned earlier, the program will include Magdalen with the smoking flame by Georges de La Tour, Sainte Anne, another Raphael of the very best, lAnnunciation by Rogier van der Weyden, Saint Sebastian by Perugino or the antique Discophore. What else?
 The Louvre-Lens will open to the public on 12 December 2012. Free admission to the Grande Galerie and the Pavillon de verre in 2013.

Tiepolo, a homage to the father

PASSARIANO (Italy) The Tiepolo family seem to have been artists from father to son. Though they were not as many as the Bach or the Brueghel, the Tiepolo were nevertheless a real artistic dynasty. The best known is the first one, Giambattista (1696-1770), who was the brotherin-law of Francesco Guardi and the father of Giandomenico and Lorenzo. From his beginnings in Venice to his peak in Madrid where his work influenced Goya, he left his print on Baroque painting through monumental frescoes, altarpieces and history paintings. The exhibition is being held in the villa of the last doge, something of an echo of the great retrospective in 1971. It benefits from various sources and intends in particular to show the link between the preparatory drawings and the finished works and to study the relationship between the painter and his sponsors, such as the enlightened Scipione Maffei. It could be useful to complete the exhibition by a visit to Trieste (Sartorio museum) and above all to Udine, which holds a rich painted patrimony in the Palazzo Patriarcale.
 Tiepolo at Villa Manin from 15 December 2012 to 7 April 2013

AMSTERDAM  This will be his first retrospective since his unexpected and recent death. The Stedelijk Museum dedicated a large exhibition to American artist Mike Kelley (1954-2012) with some 200 drawings, paintings and installations (photo Courtesy Mike Kelley Foundation for the Arts). From 15 December 2012 to 1 April 2013.

BORDEAUX  The exhibition presented at the musée des Arts décoratifsLart au creux de la main : la médaille en France aux XIXe et XXe siècles is part of an event to which various other institutions will participate, such as the Monnaie de Paris and the Petit Palais. From 14 December 2012 to 18 March 2013.

NUORO (Sardinia)  In Cavalli e Cavalieri, Marino Marini, the MAN shows the attachment the great Tuscan sculptor had throughout his long career for the theme of the horse and the horse rider. From 14 December 2012 to 24 February 2013.

The suffering in the world fills our screens during the news casts, but is not a theme we like to think about. Once the half hour is over, we can go turn to other subjects  Yet the subject is sometimes at the heart of the research carried out by certain artists or writers. It is the case of Yvelyne Wood, whose childhood was marked by her parents stories and their suffering from racism during World War II. Half a century later the evil has changed shape and location, but not its nature. Yvelyne Woods installations, combining symbolic materials such as rubble, barbed wire, blocks, chains and torn clothing all talk of the suffering of civilians and mainly of women, the collateral victims of all conflicts, from former Yugoslavia to Africa.
 Yvelyne Wood, Le cur de la guerre, une histoire de femmes under the aegis of the United Nations High Commissioner for Refugees, at the Conseil général de Tarn-et-Garonne, from 10 December 2012 to 31 January 2013.

See a selection of new exhibitions in France, Switzerland and Belgium

The Louvre from A to Z

At a time when the transfers to Lens give food to debates, who can tell us how many paintings the Louvre Museum exhibits in its Parisian premises? This book makes the census of the approximately 3000 of them. This can be a pleasant way of console ourselves for the current absences or those to follow. This also allows us to check that aside from its wealth in French painting or in Italian Renaissance art, the Louvre has a few weaknesses, such as the small number of Spanish paintings in spite of its numerous Goyas  or its few Anglo-Saxon works. Indeed only some twenty paintings are hung up in the museum. The journey of Master Hare by Joshua Reynolds to Lens represents a loss of 5% of this patrimony
 Le Louvre, toutes les peintures, by Erich Lessing (photos) and Vincent Pomarède (texts), Skira Flammarion, 2012, 764 p., 52