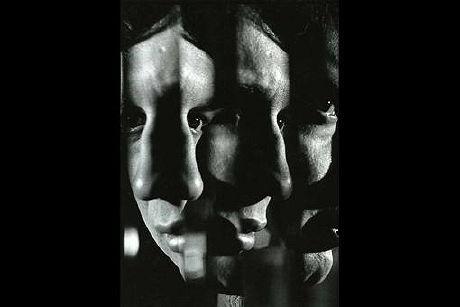 Only recently have we known about prison-hotels. There is the Celica in Llubljana, Malmaison in Oxford, or the Langholmen in Stockolm. All these former penitentiaries started a second life by welcoming guests who are ready to pay to feel the fear of being locked up. Now we have a new category, the prison-museum. In any case it is what the prison of San Vittore in Milano could pretend to be. It is known for having housed the whos who of the persons condemned in the Mani Pulite trials some twenty years ago. The morphology of San Vittore corresponds to the model of the panopticon, built in the XVIIIth century by philosopher Jeremy Bentham, that allows for the whole prison to be watched over from one central foyer. Tha t is precisely where the elected officials of Milano have decided to place a work of art. And not just any work of art: the Pietà Rondanini. The famous sculpture which Michelangelo worked on until his death must be removed from Castello Sforzesco for works of refurbishment to be carried out. The shocking idea of placing it in a high security prison where visitors may see it by reserving before hand, created both criticism and admiration. Is it a whim in very bad taste to take a work of art hostage, or is this unheard of respect for the prison population? The debate has only begun. We will await the month of April to have more elements to answer this question

LONDON  When he died he was a true European star. Today though his name hardly rings a bell except for the enlightened residents of Urbino and of the Marche region, his native region in Italy, where the greatest selection of his works is still kept. The National Gallery carried out a true rehabilitation operation to bring the star of Federico Barocci (1535-1612) back to life. He was named il Baroche, one of the pioneers of the baroque style and a magician of color. He would undoubtedly have had a great career had he not decided at the age of 28 to abandon Rome, where pope Pius IV admired him but jealous rivals tried to poison him. He went back to Urbino. The large paintings of Roman altarpieces, or The entombment of Christ from Senigallia are present. But it is above all the superb choice of preparatory drawings that show the painters virtuosity.
 Barocci, Brilliance and Grace at the National Gallery, from 27 February to 19 May 2013

Lichtenstein back in London

LONDON - Roy Lichtenstein, one of the popes of Pop Art, is the object of a retrospective with more than 120 works at the Tate Modern. From 21 February to 27 May 2013.

Movement according to Julio Le Parc

PARIS - Julio Le Parc, one of the popes of cinetic art and Op Art will hod his most important exhibition in France, bringing together half a century of creation over more than 2000 sq. metres at the Palais de Tokyo. From 25 February to 20 May 2013

PARIS - Marie Laurencin, One of the figures of the the exciting beginning of the XXth century in Paris, who was close to Apollinaire, Picasso and Braque, is celebrated at the musée Marmottan Monet through the wealthy fund of the Laurencin museum in Japan . From 21 February to 30 June 2013.

Franquin, a prince of comic strips

Once upon a time comic strip books were not at all expensive. Things have changed quite a bit. The most insignificant original drawing board by a contemporary author easily goes beyond the price of a modest ancient master. This auction shows it well, where for example works by Robert Crumb go for 12 000, those of Cuvelier at 8000. If you are looking for a good deal you have to turn to the Pieds nickelés of the thirties: an estimate of 200 for drawing boards by the Epatant beautifully outlined with Indian ink and blue wash (lots 105-109). The following lots make the big difference; they are by Franquin, who for twenty years was the heart and soul of Spirou. A drawing board of QRN sur Bretzelburg, the version that appeared in 1963 in the Spirou magazine and not in a book, is estimated between 100 000 and 150 000 We are getting closer to the stars of painting. As a matter of fact the border between these and the classic techniques is somewhat blurred: we can see some real oils on canvas such as the Vuzz by Druillet in large dimensions (10 000).
 Bandes dessinées at Artcurial on 23 February 2013.

Francesco Vezzoli, born in 1971, is a worthy emulator of his Italian compatriot Maurizio Cattelan, as his art shamelessly copies the codes of the entertainment world. Partly a man of the world, partly an artisan, he usually presents, mostly through videos, false perfumes, false elections or false television programs by often using stars such as Milla Jovovich or Lady Gaga. In February 2012, his 24 hour Museum in Paris, a flamboyant evening at the palais dIéna to launch a Prada boutique, was the perfect emblem of a manner that plays footsy with consumer society and luxury. In his group of imaginary characters, there is a newcomer. It is Olga Picasso, the painters first wife, a Russian dancer he met in Rome in 1917 and with whom he had a son, Paulo. By using old photographs of Olga given by the family, and with the collage technique, Vezzoli brings back to life that era of unleashed creativity that involved the Ballets russes, Cocteau, Satie and Nijinski.
 Olga Forever! The Olga Picasso Family Album at the galerie Almine Rech (20, rue de lAbbaye, Brussels) until 2 March 2013.

We all knew Rodin had a weakness for Eros. But we never suspected to what point This book with the mind-opening cover shows how the body and bodies  was a great obsession of the sculptors. The book leafs through his bronzes, his plasters and above all his drawings the greatest reservoir with his sensuous women-, and tries to draw up a panorama. The prudish titles of the time are amusing to decipher such as Femme nue sur le dos, maintenant une jambe près du visage (Nude woman on her back, holding a leg near her face) or Femme assise, la jupe relevée jusquà la taille(Woman sitting, skirt lifted above her waist). They hide things that are far from being insignificant. The text follows some back roads and questions the genesis of the motive of the grapevine leaf, or the possibility Rodin may have read Dictionnaire érotique moderne by Alfred Delvau or by mentioning his friendship with Octave Mirbeau.
 Rodin & Eros par Pascal Bonafoux, La Martinière, 2013, 272 p., 29.

BRUSSELS - Performatik, biennial of performance art, is taking place from 22 to 24 Fébruary 2013.

NEW YORK  The exhibition that founds the avant-gardes, the Armory Show, celebrated its 100th anniversary on 17 February 2013. It will be exhibited as of lobjet dune exposition à partir du 11 octobre 2013 à la New York Historical Society.

PARIS  The Dutch Institute, one of the most active foreign cultural centers in Paris, set up in the près de lAssemblée nationale, va être fermé par mesure daustérité budgétaire.

SAINT-DIZIER  The museum of Saint-Dizier, with its famous archeology and its famous fonts that are the true strong points, has reopened on 16 February 2013 after five years of works.