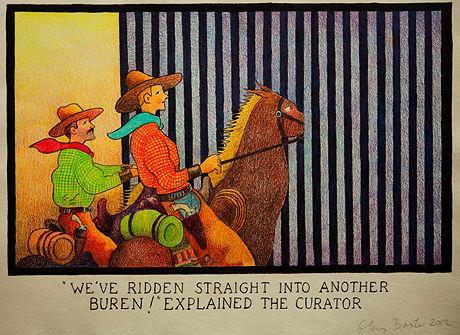 In order to resist its loss of influence in the art market, Paris has focused on a few specialties in which it still excels, i.e. primitive arts, photography, books and drawing. The latter will be honored during the first two weeks of April. This federating and pioneering event, the Salon du dessin - launched in 1991  has given birth to many other events, something like a handful of grapes. These specialized gatherings attract conoscenti from around the world. Drawing now and DDessin are two of them. La Semaine du Dessin invites us to glance at existing collections, in particular in museums. A rich program at the auctions with Christies on 10 April, Ader on 10-11 April and Millon on 12 April in particular will put a price tag on the sheets. Drawing amateurs in the past included Goethe, Victor Hugo and many others, who would pick up their pencil when crossing a bridge, facing a picturesque view, or when visiting a museum. Todays digital cameras and smartphones do away with all of that. Bad omens have it that in fifty years, once we will have lost track of all our technological toys, we will measure our loss of memory.
 The Salon du dessin is held at Palais de la Bourse from 10 to 15 April 2013

The art of movement

PARIS  Kinetic art and Pop art, a search for light and movement, are among the most important artistic movements of the XXth century. From pioneers such as Duchamp, who cooked up machines with rotating disks, to Japanese visual artist Fujiko Nakaya who sculpts fog, the inventiveness of these artists along the past century was impressive. The exhibition Dynamo, with a well inspired title found at the last moment, explores the different facets. Calder, Tinguely or Soto -whose famous impenetrable yellow was exhibited for along time at the Centre Pompidou  are all part of the pack of 150 chosen artists. The younger generations are represented by Anish Kapoor, Felice Varini or Ann Veronica Janssens, a specialist in colour vibrations.
 Dynamo at the Grand Palais from 10 April to 22 July 2013.

NEW YORK  The MoMA presents a flashback on the early days of Claes Oldenburg and focuses on the two pioneer works, The Street (1960) and The Store (1964), dedicated to objects of every day life. From 14 April to 5 August 2013.

PARIS  The Italian cousins of the Impressionists, the Macchiaioli left a vibrant vision of Italian nature. Led by Fattori, these fans of the stain are widely presented at the musée de lOrangerie. From 10 April to 22 July 2013.

PARIS  The designer of the pavilion of Islamic arts in the Louvre and the future MUCEM in Marseille, Rudy Ricciotti is the subject of an ambitious monographic exhibition at the Cité de larchitecture. From 11 April to 8 September 2013.

PARIS - Darger, Ramirez, Soutter, Lesage Drawers of art brut have become real stars, and exhibited at the Reina Sofía in Madrid or at the Maison rouge in Paris. The Collection de l'art brut de Lausanne has a few drawings by Josep Baqué (1895-1967), who just may be the next discovery? Like his peers, he worked in the shadows, and only existed socially as a municipal policeman in Barcelona, dedicating all of his moments of leisure to his artistic creations. It was mostly focused on thousands of fabulously coloured animals, animals with feathers, fur or scales, cold blooded or warm blooded animals. Spiders, octopus and cuttlefish, serpents and insects number up to 1500 in this sale, over 454 different sheets. The sale will be carried out in 10 separate lots (from 271A to 271J) even though this remarkable zoo deserves to be kept intact. At 100 000 for the whole, the estimate is no trifle. But it would take the salary of one week of one of the stars of the FC Barcelona, such as Xavi or Fabregas, to take this treasure back home to Catalonia
 Dessins at Richelieu-Drouot (SVV Ader) on 11 April 2013.

Carrasquer, the exegete of a cruel world

Each one of his large drawings takes him from three to four months of work. A multitude of details can only be appreciated up close, scenes nourished by the masters of art, with historical references and a great number of readings. One for example, is the Bug, that does not refer to a beetle but rather to the river that flowed through the concentration camps of Belzec, Sobibor or Treblinka. We can recognize Goethe and Durer, politicians from the period between the two wars and even the river of knowledge, next to the garden dwarves and the birch trees from the Polish forests. With Marcos Carrasquer, born in 1959, history is always present, his in particular  his wanderings or the memory of his grandfather who underwent the sufferings of the Spanish Civil War. Human beings are seen in full decadence, punished by the conflicts, economic exploitation, withering out physically. The precision of his paintbrush leaves no space for illusion
 Marcos Carrasquer is exhibited at the galerie Samantha Sellem (5, rue Jacques-Callot, 75006 Paris) until 18 May 2013.

The genesis of chaos

Is he a brilliant artprice expert leader, a leader of data bases on the art market, or a delirious creator of 80-ton sculptures? Thierry makes no bones of his maniac-depressive psychosis and is both of these. His artistic dimension has taken on a media and polemical dimension following the creation of the Abode of Chaos, an open-air museum made from the transformation of his manor in the Lyonnais countryside at Saint-Romain in the Mont d'Or. It caused the wrath of the local authorities, as it became a non-identified object combining plane carcasses, graffiti, mountains of welded steel, giant skulls and neon lights that pierced the night. It may be obscene or a cathedral of future times, a cousin of the Facteur Cheval? Over 100 000 persons visit the Abode of Chaos each year while the process is extended (the Court of Appeals ordered its destruction on 15 December 2009), and went all the way up to the European court of Justice which should soon give its verdict. This book is as out of the ordinary as the place it describes: 504 pages, 4.5 kg. Impossible to ignore it in a library
 La Demeure du Chaos, 2013, 504 p., 29.90

M/M Paris is a duo that has worked across art, film, music, architecture

AMSTERDAM -The Rijksmuseum will open its doors on April 13 2013 after ten years of rehabilitation.

BESANCON -The new building of the Fonds régional dart contemporain, designed by architect Kengo Kuma, was inaugurated on 6 April 2013.

NEW YORK -The Metropolitan Museum has announced it accepted the donation of the Cubist collection of Leonard A. Lauder. It includes 78 works, among which 33 Picassos and 17 Braques, for an estimate of 1 billion.