This is our last issue for 2013. Our next newsletter will appear on January 9 2014. MERRY CHRISTMAS AND HAPPY NEW YEAR! 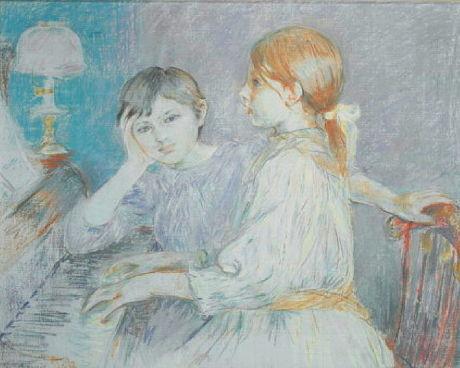 While awaiting 2014, good reading for Christmas

This is the season to be jolly, tis the season for presents Tablets, computers, cell-phones, electronic readers And maybe something that would warm up Gutenberg in his tomb - a good paper book. We love them so will gladly suggest our brief best of of the years catalogues (even if others could pretend to hold this title). The exhibitions they accompanied have in some cases closed their doors but the catalogue is the more interesting for that: they faithfully trace them and allow us for once to rid ourselves of the dictatorship of current events This will keep us busy while we wait for the program of the first quarter which is to be quite promising.

Everyone has already seen Buste de femme rétrospectif de Salvador Dalí, a bare breasted woman, with her head covered with a Parisian bakers baguette. Or Bellmers disarticulated dolls, be it Man Rays l'Indestructible Object, a metronome, its arm with an eye. The productivity of the Surrealists (the term is to be interpreted in a wide sense, and includes the creators of the post WW II period) seems to have been unlimited in the field of objects. This exhibition -open until 3 March 2014 - proves it at the Centre Pompidou. The choice was to accompany it with a real dictionary. The terms mixed, combine key-words such as automatism, disquieting strangeness, anteater and biographies. Next to the stars, it is pleasant to (re) discover Alphonse Benquet, the inventor of the oval wheel, Jacqueline Lamba, André Bretons first wife or Marcel Jean, the creator of the Chronogrammes.
 Dictionnaire de l'objet surréaliste directed by Didier Ottinger, Centre Pompidou/Gallimard, 2013, 336 p., 39.90 (in French).

We still have Paris, Humphrey Bogart languishes in Casablanca. The attraction of Hollywood for the French capital is nothing new and this book that accompanied an exhibition at the Hôtel de Ville in the fall of 2012 tells it all, from Griffith to Woody Allen. In his introduction, Antoine de Baecque estimates that some eight hundred American movies have chosen the city of lights as a setting. Some are real classics, such as Ninotchka by Lubitsch with Greta Garbo, or An American in Paris by Minnelli, with Leslie Caron and Gene Kelly. How was this imaginary city built, how did it contribute to convey certain stereotypes (the bistrot, the women of small virtues, the caustic wit), how did it mold certain interpreter-types like Maurice Chevalier or Audrey Hepburn? These are the questions the books authors explore. One of the fascinating aspects are the meticulous reconstitutions, as in Irma la douce by Billy Wilder, which brings to life the shady Halles market, without one single scene being shot in Paris...
 Paris Hollywood, Skira Flammarion, 2012, 288 p., 45 (in French).

The Holy Sepulchre of gold and silver

The relics of the Holy Cross (wood) and the Passion (nails, sponge, shroud) were spread all around Christianity: during the middle ages relics were the objects of a very fruitful business - the commando operation for example carried out by the monks of Conques to get a hold of the shrine of Sainte-Foy has remained famous. What is less known, and was illustrated in the exhibition at Versailles and in the house of Chateaubriand (between April and July 2013) is the contrary movement, by which exceptional items were taken to the Holy Land to enrich the treasure of the Saint Sepulchre. Vestments sewn with gold thread from Milano, a Spanish thurible in hammered silver, an ewer in silver gold from Augsbourg, an enamel stick from Limoges from the XIIth century  The pieces shown at the time showed the extraordinary treasure held by the Franciscan Custody in Jerusalem, the fruit of donations by kings, prelates or rich individuals. It is sometimes the memory of a long-gone magnificence: without these presents, we would know much less about French silversmiths as so many of its masterpieces have disappeared, sacrificed to the financing of wars by Louis XIV or to the revolutionary iconoclasm.
 Trésor du Saint-Sépulcre, Silvana Editoriale, 2013, 430 p., 39 (in French).

At a time when Hungary gives no signs of opening, it is good to remember that the country knew a period of true avant-gard excitement just a century ago. This lovely catalogue-object (of which the colors - green and red  play with the Hungarian flag) accompanies a well-targeted exhibition at the musée d'Orsay (until 5 January). The title comes from a well-known piece by Bartók, written in 1911, and it shows that the ferment of change actually affected all the art forms. Hungary adopted the Parisian model and at the time had its Fauvists, its Cubists, its first abstract artists, who reinterpreted the motifs of their folklore or imported the themes of Toulouse-Lautrec and Matisse. Their interpreters are unfortunately little-known, except maybe for Rippl-Ronai. So this is a rare opportunity to learn about Béla Czóbel, Odon Márffy, Sándor Bortnyik or Róbert Berény.
 Allegro Barbaro, Béla Bartók et la modernité hongroise, 1905-1920, Musée d'Orsay/Hazan, 272 p, 40 (in French).

Pasolini, all roads lead to Rome

Pasolini was the type of personality one cannot classify, he was both a poet, a movie director, an essay writer. He was communist but wrote in the Corriere della Sera, the daily newspaper of the Italian bourgeoisie. He spoke in favor of sexual freedom but defended the police force against the long haired in 1968. He was a homosexual but had passionate friendships with Laura Betti and Maria Callas. In order to approach a creator with as many contradictions, it was a good idea to have a key to understand him. That is precisely what was done here, where the commun denominator of all these facets is the city of Rome. He settled there with his mother in 1950, at the age of 28, as he fled the Friuil region and its stifling atmosphere. He developed his whole career there, from the publication of Ragazzi di vita in 1960 up to Salò, shot on the eve of his death, in November 1975. The book, which accompanies a long exhibition (at the Cinémathèque de Paris until 26 January 2014 then at Palazzo delle Esposizioni in Rome and at the Martin-Gropius-Bau in Berlin), combines photographs, poem excerpts, articles and scripts, interviews by those who knew him and worked with him, from Bernardo Bertolucci to Ennio Morricone.
 Pasolini Roma, Skira Flammarion/La Cinémathèque française, 2013, 264 p. 35.50 (in French).

Wols behind the lens

Through the game of international coproductions, one can consult a catalogue before the exhibition it refers to comes out. Once again it is the case with this superb volume with elaborate graphism (embossed cover, typographic graphism on the letters ). It presents one of the meteorites of art of the XXth century, Wols, who died at the age of 37 in 1951, under an angle we hardly know, that of a photographer, his first job when he arrived in Paris at the beginning of the thirties. The exhibition was first shown at the Kupferstich-Kabinett in Dresden and will wait until the fall of 2014 at the musée d'Art moderne de la Ville de Paris to present urban views, portraits and selfportraits, and Surrealist still lives very much in vogue.
 Wols Hatje Cantz, 2013, 448 p., 68 (in English).

How dreams made their way into cartoons (photo: Tobias Tylcho Schalken)

Our selection of new exhibitions this week