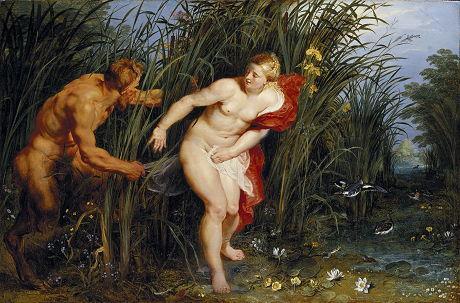 BRUSSELS  We all remember the success of the retrospective called «Picasso et les maîtres» that aimed at unveiling the historic roots in Picassos art. This exhibition works in the other way, i.e.it studies - as was recently done for the Greco at the Prado the influence of an old master on the generations that followed. In the case of Rubens, there is more than enough to choose from. His influence can be seen of course in the work of his disciple Van Dyck. But not only. Watteau, Delacroix, Carpeaux and even Kokoschka all betray traces from the great master. By declaring that Rubens was the Quentin Tarantino of his time, the organisers really created an upheaval in an overly discreet baroque. Power and poetry are some of the themes explored among the 160 works and of course, lust, not to be forgotten. Rubens was a painter of flesh who conditioned four centuries of nude and eroticism.
 Sensation et sensualité, Rubens et son héritage at Bozar, from 25 Septembre 2014 to 4 January 2015.

PARIS  His name has remained forever linked to the "ready-made", and he is seen as the ancestor of conceptual art, therefore a divine figure of contemporary art. Given his games with words and his mockery (his "breeds of dust", his "quick nudes", his L.H.O.O.Q Mona Lisa), his optic experimentations and contamination of pure sciences, his production would be purely intellectual  and his obsessive liking for failures reinfores that image. Actually, Duchamp really was a painter and his artistic vocation was revealed to him when he visited the Salon dAutomne in 1905, the year of the Manet retrospective and the "cage of wild cats" by Matisse). For many years, at the beginnng of his career he painted many portraits, in particular of his family, landscapes in teh style of Cézanne, and characters in a Cubist sauce. It was only after his Nude walking down a staircase , which made him famous in the USA at the Armory Show in New York in 1913, that he followed other paths. The exhibition at the Centre Pompidou shows how this distance grew and yet was never complete: his last work, his Grand Verre which was endlessly being created, still has a lot from the pictural universe. Duchamp is against painting in the same way Guitry was against women: to the point of being for them.
 Marcel Duchamp. La peinture, même at Centre Pompidou, from 24 Octobre 2014 to 5 January 2015.

Hokusai, the king of manga

PARIS - Hokusai (1760-1849) seems to come to us from the mists of history. But if we associate his name with a word that is very much in the air, manga, he seems perfectly contemporary. The author of the famous Thirty-six views of Mount Fuji, a definite influence on the Japanese current in Europe (in particular via Van Gogh and glass artist Emile Gallé), spent indeed his life filling out his sketch books. These fifteen volumes, rich with thousands of didactic drawings, contain portraits of artisans and fighters, animals and vegetables on the forefront, and numerous landscapes of mountains and water which nourished all of his work. Aside from these founding works, his abundant production is represented in the exhibition by some 500 pieces  drawings, prints and paintings.
 Hokusai, at the Grand Palais, from 1 October 2014 to 18 January 2015.

The gardens at the Saint-Nazaire Submarine Base. DR

The public discovered Gilles Clément through his Citroën garden in Paris as well as by the one of the museum at quai Branly. His position is purposely iconoclastic, meaning he loves to show, for example, that globalisation is far from being a new fact and that it has shaped our vegetable environment. Fifteen years after his exhibition Le Jardin planétaire at the Villette, which was a milestone, he develops once again the concepts dear to his heart such as the « garden in movement » or «the symbiotic man», which bring forward the issue of wastelands, risks, time  values which are not so popular in our organised and pushy world. Aside from the drawings, the photos, models, the itinerary includes a reading room and a cabinet de curiosités, as the universe of Gilles Clément has been nourished by numerous travels, nearby and far away, by the most varied means, on foot, motorcycle or cargo ship.
 Toujours la vie invente, carte blanche à Gilles Clément, at the Ecole nationale darchitecture Paris-Val de Seine, from 30 Septembre to 25 Octobre 2014.

When contemporary artists see Nature as it has been seen for a long time - as a presence that is both threatening and mysterious (photo : Mark Handforth)

Did Marcel Duchamp, through his influence, send a whole branch of contemporary art down the wrong path? Did he drive the idea that just anything can be promoted as a work of art as long as one has a good speculation strategy? In any case, that the idea we all draw out of him in general. In this little essay the author demonstrates that Duchamps influence follows a very different coherence. To show it he dissects in particular the scope of ready-made, the Boîtes-en valise which are like self-comments, or the famous Grand Verre, which was only unveiled after his death. One of the most interesting sections is the one in which the author brings together testimonials about Duchamp, gathered right after his death, from Warhol, Tinguely or Jean Clair. All the hermetic aspect of Duchamp art is made clearer by revealing anecdotes, like the one of a very special check. Duchamp paid his dentist one day with a check drawn on a piece of paper, and then bought it back for a superior amount.
 Lénigme Marcel Duchamp by Philippe Sers, Hazan, 2014, 160 p., 16.