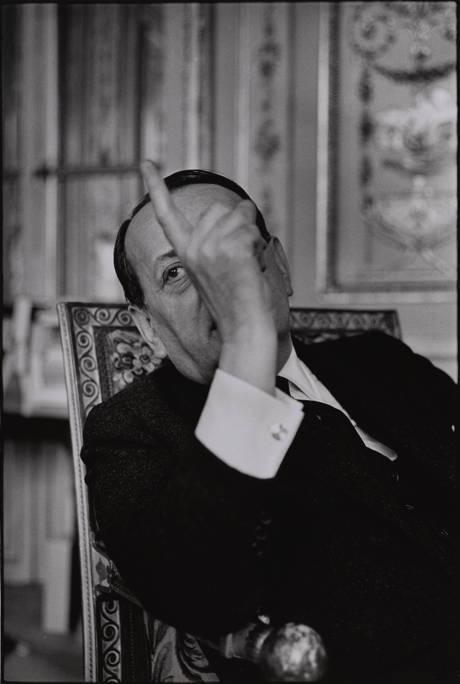 How Malraux saved the Marais

PARIS  At the time when he launched the refurbishment works of the Parisian district of the Marais, he had a literary declaration which only he could have thought of: Paris dressed in black was a sad city. The filth had made it sad. The darkness covered all shadows, hence the decor. The Malraux law is now over 50 years old: it was passed on 4 August 1962 and decreed a 126 hectare protected area (barely 1% of the total surface of Paris), in which a given number of regulations to protect the national heritage applied. But the law did not forbid any contemporary architecture as we can see with the future inauguration of the fondation Galeries Lafayette. This formula, which proved to be very efficient, was extended to more than one hundred districts throughout France. The Musée Carnavalet, one of the main icons of the Marais of the XVIIth century, busy with a renovation that will end in 2019, describes in detail the way this law was enacted, where it came from and its effects, by drawing up the history of the neighbourhood from documents, from a material library (panelling, sculptures, signs) and from contemporary documents (photos, drawings). Did this law over protect the district? One can wonder. The area was in a certain slumber before and housed a population of artisans. Now the Marais has become the most bohemian chic neighbourhood of the French capital.
 Le Marais en héritage(s)  Cinquante ans de sauvegarde, depuis la loi Malraux at the musée Carnavalet, from 4 November 2015 to 26 February 2016.

O'Keeffe, a certain idea of America

GRENOBLE  Throughout her very long career, she rubbed elbows with the New York avant-guard movements, was the muse of her famous husband, photographer Alfred Stieglitz, before finding her own promised land in the desert of New-Mexico. There she painted flowers, landscapes and bucrania which became emblems of XXth century American art. The retrospective dedicated to Georgia OKeeffe (1887-1986) presents her whole itinerary by following a guiding thread: her own relations with some major photographers, from Man Ray to Imogen Cunningham, from Paul Strand to Edward S. Weston, whose work inspired her.
 Georgia OKeeffe at the Musée de Grenoble, from 7 November 2015 to 7 February 2016.

LONDON  The British Museum is strong competition to the Paris Institut du monde arabe and its Osiris by scouting in the same aria, the very popular period of fantasised Egypt. It presents the complicated religious puzzle of the Nile country, from the Romans to the fall of the Fatimids, over a one thousand year period, between 30 B.C. and 1171. We will run into familiar names such as Osiris of course - Serapis for the Greeks - and Horus, the personification of the Pharaoh, as well as portraits of Fayoum, sarcophagi, codex, funerary busts, etc.
 Egypt, Faith after the Pharaohs from 29 October 2015 to 7 February 2016.

REIMS  His name means nothing to most people today, but Henry Vasnier (1832-1907) was in his time one of the more influential individuals in the French province and the director of the champagne house Pommery for half a century. He used his income intelligently and had a folie  the charming Villa Cochet  built. Today it has been restored by its new owners, the Vranken family, and renamed, Villa Demoiselle. Vanier also built himself a top quality art collection. It includes works by Boudin, Fantin-Latour, Monet, Puvis de Chavannes, glasses and furniture by Gallé. He also commissioned a famous 75 000 liter cask from the same artist. His donations, the core of musée des Beaux-Arts in Reims, will in a certain way be coming back home.
 Henry Vasnier, les passions modernes dun collectionneur audacieux, at Villa Demoiselle, from 6 November 2015 to 22 May 2016.

Snapshots of the Arab world

PARIS  The images that reach us from thé Arab world are often tinted by the seal of violence or of religion, since it seems true that the convulsions of contemporary history are more intense than elsewhere. They are often taken by foreign observers, well represented in this first Biennale (Samuel Gratacap, Bruno Barbey, etc.). But the interest lies in particular on the presence of locals. What do the Arabs themselves photograph? Of course current subjects are present in their work, but there is also space for a photography that is intimist, social, be it conceptual. Lebanese Joe Kersrouani questions the urban overdevelopment of Beirut, Emy Kat investigates the architectural heritage in Hedjaz, Farah Al-Qasimi studies ho globalisation takes roots in the chart of the desert. Organised in eight Parisian sites, with 50 different artists, the biennale presents a polyphonic went on a world that is much too often described as being fanatical and backwards
 Première Biennale des photographes du monde arabe contemporain, at the Institut du monde arabe and seven other Parisian locations, from 11 November 2015 to 17 January 2016.

Curtis, a life for the Indians

His name is so linked to The North American Indian, his major work, one could easily mistake him for a Comanche, a Crow or a Nez Percé. Actually, Edward S. Curtis (1868-1952) was the perfect prototype of the small white American. He was the son of a veteran from the Civil War, an eternal invalid who had to leave school early on to make his familys living hunting, fishing, cultivating the earth. He fell from a tree and hurt his back, so he spent his year of convalescence building a dark room. What followed sounds more like a fairy tale: after mortgaging his piece of land, he became the most sought after photographer in Seattle, and then developed a passion for the Indian America. He became the friend of President Ted Roosevelt, was financed by JP Morgan  the richest man in the world -, and went on to build an unequalled photographic encyclopaedia. But not only: it is literary as well with a lexicon, sound, with recordings on wax rolls) of the first American Nations. The book tells the saga by recalling what this long search (1907-1930) will cost him: his marriage, his money and his health. Curtis lived at the end of his life by using his wits, and even invented a machine to select gold or and died almost poor. A complete game of his twenty volumes are worth today two million dollars.
 Lattrapeur dombres, la vie épique dEdward S. Curtis (French translation of Short Nights of the Shadow Catcher, Houghton Mifflin Harcourt), by Timothy Egan, Albin Michel, 2015, 448 p., 24 .

KATMANDOU  The 1st festival Photo Kathmandu will be held from 3 to 9 November 2015.

NEW YORK  Performa 15, a contemporary art biennale dedicated to performance, will be held from 1 to 22 November 2015.

PARIS - The Salon international du patrimoine culturel (International cultural heritage fair) will be held from 5 to 8 November 2015 at the Carrousel du Louvre.

PARIS  Photo Saint-Germain-des-Prés, a photography festival, will be held from 7 to 22 November 2015.

PARIS - Huang Yong Ping, a Chinese artist settled in France, will be the guest of the monographic event Monumenta 2016 at the Grand Palais, from 8 May to 18 June 2016.

ROME - The fontana di Trevi reopened on November 2015 after 17 months of restoration, financed by the Fendi fashion house.