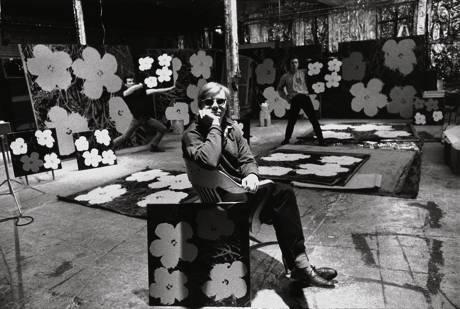 Having died too young - at age 44 - Ugo Mulas (1928-1973) is not part of the list of superstars of European photography. Yet, in less than twenty years his career covered an impressive number of subjects. He only started at age 25, after dropping law, but immediately dove into his activity. He started with fashion with designer Mila Schön, architecture with the magazine Domus, theatre with Giorgio Strehler no less and the arts, with Calder and Duchamp. He even found the time to produce operas. The Fondation Cartier-Bresson presents this exhibition but did not include his colour photographs, and in particular his remarkable portraits of American artists during his trip to New York in 1964. It focuses on the ones in black and white. A perfect way of orchestrating nostalgia: Mulas started his career in the effervescence of the Jamaica bar in the Brera neighborhood, in Milano. This centre of the bohemia at the time brought together writers and painters, and was an amazing melting pot, with the very abstract Lucio Fontana, Piero Manzoni (the producer of Merda dartista), the incisive poet Giuseppe Ungaretti, novelist Dino Buzzati, Allen Ginsberg and the poets of the beatnik generation. Up to the beginning of the XXIst century, founder Mamma Lina, over 100 years old and still at the helm, welcomed us. Since then the place has been caught up by the areas gentrification. But there survives in Mulas photos something of an allegory of a colourfully mixed Europe, slightly provocative and politically incorrect, which gave another sense to the expression social networks!
 Ugo Mulas at the fondation Henri Cartier-Bresson, from 15 January to 24 April 2016.

LONDON - In 1974, Norman Rosenthal was a young curator from Brighton. Not yet 30 years old, he organized at the Institute of Contemporary Art an exhibition that would go down in history. With his colleague Christos Joachimides he brought together seven emblematic artists from post-war Germany, among them Joseph Beuys. Rosenthal has come a long way since that first exhibition, was at the head of the very honourable Royal Academy for thirty years where he fomented a real revolution, and has even (slightly) settled down. He is dedicated to Warhol, and will open an exhibit on him at the Ashmolean in Oxford on 4 February. This flash back reminds us that art can play a very important role in our society. The exhibition of 1974, a true social critique, involved a lot of interaction with the spectators, the defection of an artist and led to many criticisms and polemics. It was the time when Norman Rosenthal was punched by dissenters, led by actor Keith Allen. A stain of his blood is still kept at the ICA!
 Art into Society. Society into Art at ICA, from 19 January to 6 March 2016.

Aguéli, a Swede towards the Middle East

STOCKHOLM  Everyone or almost- has heard of the trip Paul Klee (1879-1940) took with his friends to Tunisia. That was in 1914 and we recently celebrated its centennial. On that same year, a Swedish painter whose reputation never went beyond the countrys borders, Ivan Aguéli (1869-1917), embarked for a similar adventure to Egypt. But that was his third trip and it had pushed this anarchist at heart to convert to Islam, following in-depth studies of Sufi philosophy. The two men, contemporaries, are shown here side by side. It is a virtual encounter since in reality they never met and led very different lives. Klees was very peaceful while Aguélis was quite adventurous, including a long period in Paris, a prison term after shooting at toreros, and he died in a train accident in Barcelona. But the parallel is justified as the men were motivated by the same magnetic fields: the call of far-away places, the Middle East, light
 Klee/Aguéli at Moderna Museet, from 16 January to 24 April 2016.

THE HAGUE  Appel, you mean Cobra! Ten years after he left us, the Dutch artist is still easily catalogued. This exhibition, which opens a full year dedicated to him, intends to show through some 150 works of art of which 67 paintings-, that Karel Appel (1921-2006) is not all fused into the famous Nordic artistic movement, its bright colours, its thick contours. This event includes the drawings donated to the museum and insists on the artists interest in art brut, on his practically abstract nudes, on his collaboration with musicians and writers. The catalogue includes in particular an interview by art critique Michel Ragon, his exact contemporary (born in 1924), a friend and almost the ultimate living memory of that generation.
 Karel Appel at the Gemeentemuseum, from 16 January to 16 May 2016.

Stämpfli, the battle of the tire

The price of gasoline is on a constant roller coaster ride, car brands merge or go broke, car bodies change, but Peter Stämpfli keeps on going forward, undaunted, with a strange sole objective. For the last fifty years car tires have been the one obsession in his work. At the beginning he looked at them from afar (in Rallye, 1964) then he got increasingly close, they became increasingly mammoth, until they became nothing more than a trace that invaded European museums. These traces of tires lead to infinite variations: when enlarged they become abstract geometries, almost like works by Motherwell! This monograph reminds us that the Swiss painter, born in 1937 at Deiswill had a very pop period in his beginnings (in particular at the Biennale de Paris in 1963). His cigarettes, his plump lips, his bottles all furiously evoked his American alter egos Wesselmann or Warhol. Stämpfli overcame the fire that destroyed his workshop in 1990 and started anew, introducing in his work more colour and new materials like pastels and volume with sculptures in rubber or resin. On the road again
 Luvre de Peter Stämpfli, by Daniel Abadie, Hazan, 2015, 340 p., 39.

LONDON  Based on what is done in Torino and Lyons, London will hold its own party of lights, called London Lumiere, from 14 to 17 January 2016.

NEW YORK - The 2016 Pritzker Prize has been awarded to Chilean architect Alejandro Aravena.

PARIS  The Rencontres internationales Images en mouvement (International Encounters Images in Movement) will be held at the Gaîté lyrique and other Paris locations, from 12 to 17 January 2016.