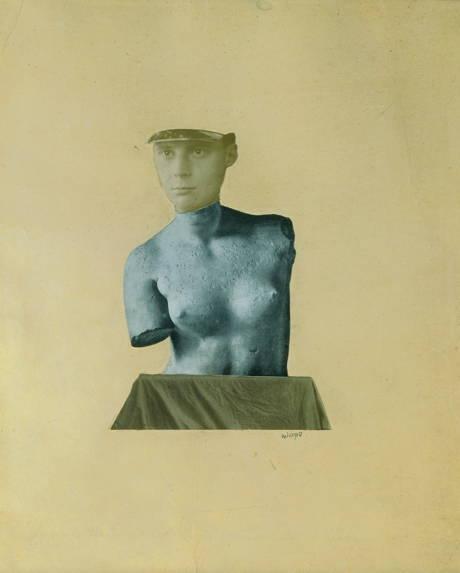 Dada, a solution against the ills of the world

ZURICH -In 2016, we commemorate the centennial of the butcheries of the Somme with nearly 7000 casualties per day during five months and that of Verdun with more than 2000 casualties per day for ten months. But we will also commemorate the birth of the Dada movement, at the cabaret Voltaire. Hugo Ball and Tristan Tzara promoted this movement in search for a way to escape the ills of the world through derision, parody and poetry. Things dont seem to be going any better today than in 1916. The migrant crisis, the conflicts in the Middle-East and in Africa, climate changes and growing inequalities are just some of todays ills. What if the Dada iconoclasm, which was the matrix after all of Surrealism, could help us better face our depressing environment? To mark this anniversary, the Kunsthaus Zurich is finally completing what should have been the swans song of the movement, the Dadaglobe: an ambitious project, coordinated in 1921 by Tzara with contributions from artists all over the world. Collages, poems, photomontages, all marked by a spirit of revolt, of antimilitarism, with a taste for utopia. In total there are some 160 documents that were never published before and now finally are, at the same time as they are brought together in the museum.
 Dadaglobe Reconstructed at the Kunsthaus Zurich, from 5 February to 1 May 2016.

 What is serious can also be pleasant, hence a Dada costume ball organised by the museum on 13 February 2016.

Symbolism, the reflection of a time gone by

MILAN  What was the situation before 1914? How could one take the worlds temperature before the conflagration? By sheer coincidence Milan is hosting an ambitious exhibition on Symbolism. It is a movement that is difficult to limit since it brings together names as diverse as Gustave Moreau, Félicien Rops and Fernand Khnopff, as well as Italian artists lesser known on the international scale such as Segantini and Previati. They all represent a world that believed in a form of ultimate beauty, in the merging of art forms, in a coming together of peoples of the world. All those ideals were hopelessly crushed at Sarajevo on 28 June 1914. The simultaneous presence of stars like Klimt, Redon and Hodler is almost less interesting than the rediscovery of artists somewhat forgotten such as Galileo Chini, the virtuoso of ceramics. One has to see the sumptuous thermal baths of Salsomaggiore he designed in the Emilia Romagna region! Then there is Aristide Sartorio, the author of a colossal historical frieze, over 100 metres long, for the Italian Parliament, restored just a few years ago.
 Il Simbolismo at Palazzo Reale, from 3 February to 6 June 2016.

The hidden face of museums

THE HAGUE  What do museums hold in their reserves? Are there hidden treasures lying there, unknown? These hidden funds which could easily represent 90% of the collections, give way to unlimited fantasies. One of their first vocations is to be material for curators to study with, as can be seen in the upheaval that accompanied the announced move of the reserves of the Louvre to Liévin. The Mauritshuis, which is rather in a comfortable position in this aspect, with only 300 of its 850 paintings visible, has decided to unveil the mystery. It has taken some fifty works of art from their purgatory to help us define the typology of these forgotten works. We can see, side by side, old worthless works, the result of donations, which the principle of protection prevents from being eliminated ; pieces in a very poor state that are impossible to show; works of art that are too big and space is limited! Others come from erroneous assignations or do not belong in the collection  like the portrait of Queen Beatrix by Andy Warhol, in a museum dedicated to Flemish painting from the XVth to the XVIIIth century. Or interesting groups like a series of 25 portraits of public officials by Jan van Ravesteyn painted between 1611 and 1624. They cover a whole wall and we can understand visually the difficulty to manage this type of reserve! This being said, nothing prevents the producers of The night at the museum from making us dream with a cave of Ali Baba.
 In and Out of Storage at the Mauritshuis, from 4 February to 8 May 2016.

Visitors are invited to choose the last piece of the museum: the 53rd painting of the exhibition will be named by a popular jury via internet. Jacob Savery I is currently the n°1 favourite.

The painter and the animals

PARIS  There are a number of excellent animal painters we all know, such as Paulus Potter and his placid bovines, Oudry and his horses or Desportes and his cats. In this discreet family, Jean-Baptiste Huet (1745-1811) is practically unknown. >He preferred private amateurs to public commissions as we can see in the fact that most of his works many drawings indifferent techniques  are dated and signed), he was often at the Ménagerie du roi as well as in the green fields of Ile-de-France. He sketched tigers and lionesses, chickens and rabbits and he excelled in all the animal kingdom. The discovery in 1986 of a botanical volume demonstrated that the vegetable world attracted him just as much. But most of his celebrity came at his time from the countless motifs he produced for the manufacture of the toile de Jouy, the true Ikea of the XVIIIth century. Through his fresh approach, his luminosity and his curiosity he even looked into weeds -, Huet truly touches us. We could actually turn him into an icon of modern ecology.
 Jean-Baptiste Huet, le plaisir de la nature at the musée Cognacq-Jay, from 6 February to 5 June 2016. Catalogue Paris Musées, 29,90 .

Look for the shadow

Winter is the perfect season to look after ones shadow. Indeed, with the low lying sun it becomes long and rather cumbersome. But actually, are we that conscious of its presence? While everyone has noticed that the dark shadowy works were the focus of certain artists of the XVIIth century, such as Caravaggio or La Tour, who has noted on the other hand that shadows are practically absent from renaissance paintings? Leonardo recommended looking at the world through a sort of haze, a veiled sun. This short essay by Gombrich, written in 1996 at age 87, is a sort of history of the shadow, and its eclipses. His theories rest on the collections from the National Gallery in London, which allow him to cover most typologies, except for the first examples on mosaics in the Ancient times! From the Flemish primitives to Chirico, they include remarkable figures such as the shadows on curved walls (Joseph in Egypt by Pontormo), shadows seen through a glass globe (Salvator Mundi by Previtali) or the effects of Chinese shadows by Wright of Derby (Experiment on a bird in the air pump ). We well understand the sad fate of Peter Schlemihl, Chamissos hero, who had the bad idea of selling his to the devil.
 Ombres portées (in French), by E.H. Gombrich, Gallimard, 2015, 112 p., 20.

The art of food

"Still lives" or "calm lives"? Whatever way we call them, according to the language we use, these tables covered with food look so alive that we sometimes get fooled. The lemon peels by Thomas de Paep, the pike painted by Pieter de Putter, the oysters by Willem Claesz Heda seem to comme straight from the fish market or the fruit and vegetable stand - just like the birds that picked at grapes painted by Zeuxis two thousand years ago. This catalogue, that accompanies an exhibition at the Convent of Sainte-Cécile in Grenoble (until 27 February 2016), shows the permanent swinging back and forth between praising light food and glorifying abundance in Flemish and Dutch painting. It also helps understand the symbolic meaning of food, nuts, asparagus, grenades. In a world that slightly ignores them, it is now the authors of cartoon strips who give a contemporary interpretation of still lives.
 Tables et festins, directed by Alain Tapié, Glénat, 2015, 192 p., 25.

A recent series inspired by the world of pop music

NEW YORK -TEFAF, the antiques fair of Maastricht, has announced the creation of two new semestrial fairs in New York. The first one will be held from 22 to 26 October 2016.

PARIS  Villa Vassilieff, the former workshop of Marie Vassilieff and then the Musée du Montparnasse, will reopen as a center for research in contemporary art. The first exhibtion, Groupe Mobile, will be inaugurated on 13 February 2016.

ROTTERDAM  The contemporary art fair Art Rotterdam will be held from 11 to14 February 2016.

VERSAILLES  Following Anish Kapoor, Iceland artist Olafur Eliasson wil be the guest of the château de Versailles in the summer of 2016.