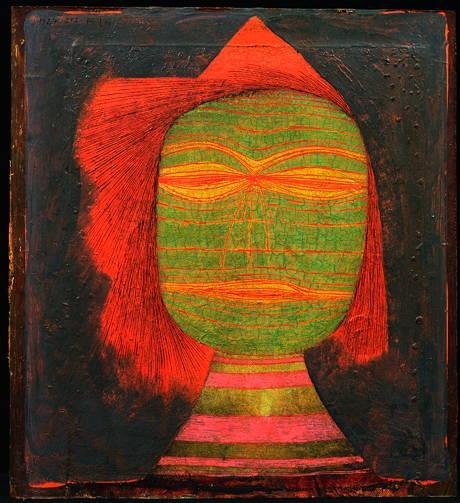 Klee, a painter with a sense of humor

PARIS  There is one quality we would not think of spontaneously when thinking of Paul Klee (1879-1940), and thats irony. One more often thinks of poetry, lyricism, be it tragedy given his paralyzing illness, scleroderma- and the rise of totalitarian systems that accompanied the end of his life. Yet the Centre Pompidou chose that red thread when setting up this new exhibition. It also shows how Klee played on different levels. It could be parody with hieroglyphs in the style of the Bauhaus where Klee taught, and which intended to put mural painting back in the limelight; caricature; deforming antique statuary or the human body, in a distant dual with Picasso; derision on the pervasiveness of the machine or the use of infantile techniques -elastics, scissors  in his paintings. In all we will admire 250 works that allow us to renew our perspective on one of the masters of the XXth century, the creator of a strange merge between figurative and abstract art.
 Paul Klee, lironie à luvre at the Centre Pompidou, from 6 April to 1 August 2016.

Bauhaus, past and present

BONN The Bauhaus was founded in Weimar in 1919 with the ambition of a new approach to mass manufactured production by inventing a new generation of beautiful and practical everyday objects. This was the real beginning of modern design. The school did not survive the rise of Nazism but the list of collaborators went down in the history books of the XXth century: Gropius, Breuer, Albers, Itten, Mies van der Rohe as well as Moholy-Nagy, Klee and Kandinsky, to mention a few. This exhibition recalls this humanist ideal of merging all forms of art which affected architecture, domestic arts, furniture and fashion, and shows its influence lasted up to our days among creators as varied as Norman Foster or Enzo Mari.
 Its All Design at the Bundeskunsthalle, from 1st April to 14 August 2016.

KÖLN  The art of Fernand Léger (1881-1955) has an undeniable architectural dimension. Based on a painting from 1943, Les Plongeurs, that entered its collection in 1986, the Ludwig museum explores Légers work in mural painting. From 9 April to 3 July 2016.

PARIS  We all know the poet, but not really the knowledgeable modern art critic. Guillaume Apollinaire (1880-1918) was a friend of de Chirico, Derain and Picasso. He was also an influential critic until his death. The exhibition that looks into his relationships with the avant-gardes is held at the Orangerie, and with good reason. The museums treasures all come from Paul Guillaume, who was incited by Apollinaire to collect art works. From 6 April to 18 July 2016.

Allora and Calzadilla, in the thick of time

The fondation de Royaumont, the exclusive culture venue that hosts a great number of concerts and conferences, is carrying out a refurbishment program of its facilities. American artists Allora and Calzadilla are accompanying them with some of their installations, inspired by a verse from Emily Dickinson, creating interesting parallels between our times and ancient history. This befits the abbey which dates back to Saint Louis. In the shadows of these old stones, a video of a strange concert attracts our eye and ear. A sceptic vulture looks on as a musician tries to draw some notes out from a piece of bone. It is actually the oldest flute in the world, dating back 35 000 years, unearthed from a German prehistoric site and pulled out of a vultures body. Further away, a cello player interprets a strange melody in front of the Venus of Lespugue, the star from the musée de lHomme in Paris, based on a surprising theory according to which the idols generous curves are the application into volume of an age old musical scale. Such surprising counterparts at a time where everything needs to be instant!
 Split the Lark : Jennifer Allora & Guillermo Calzadilla at abbaye de Royaumont, from 2 April to 10 June 2016.

Catalogues can have a second life, as long as exhibitions travel. That is the case of Splendeurs et misères which was exhibited at the musée dOrsay and now finds itself at the Van Gogh museum in Amsterdam (until 19 June 2016) with another name, just as transparent, Easy Virtue. This plunge into the iconography of prostitution in the XIXth century combines well-known works by Toulouse-Lautrec, Degas and Félicien-Rops, a few images of fashionable brothels such as le Chabanais, salacious photos of Pierre Louys in action, amusing erotic photomontages, and a small pornographic photo room. But of similar interest are the images that are less allusive such as the games of mirrors and openings in fashion boutiques brilliantly depicted (Tissot or Béraud), or the strong Fauvist scenes by Chabaud or Rippl-Ronai and the never-ending procession of semi-worldly women from famous salons, in carriages or brasseries who took great care of their attire and elegance and never went out without their hat, veil and gold chain.
 Splendeurs & misères, Images de la prostitution, 1850-1910, Flammarion, 2015, 304 p., 45.

PERFORMING ARTS IN VIENNA IN THE 1960S

An impressive creative moment with the likes of Brus and Rainer (photo : Autoportrait avec bande noire, 1968)

GLASGOW  The international contemporary art fair, Glasgow International, will be held from 8 to 25 April 2016.

PARIS - The film festival FIFMA on art professions will show from April 7 to 10 at the Méliès cinéma.

YERRES - The 4th sculpture Biennale will be held at the Propriété Caillebotte from 9 April to 10 July 2016.