This is our last issue for 2016. Our next newsletter will appear on January 12 2017. MERRY CHRISTMAS! 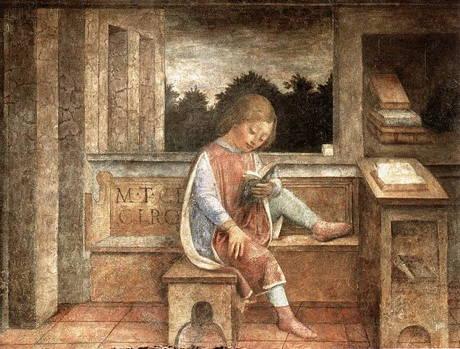 Books under the Christmas tree

Holidays are the moment to get-togethers, to celebrate, to eat and drink, but also to read. To read is to live! It is an intellectual gymnastic that complements the physical one as Addison used to prone. Here is a selection of beautiful books published over the last six months. In line with a tendency that has imposed itself over the years, catalogues have an ever greater part of the market. From Russia to Italy, from Vienna to Cairo, here are a few side steps and some more cosmopolitan ones - a word that is not very trendy these days but which remains dear to us - good to use when the cold air bites us.

Surrealism on the Nile

We all know that Surrealism flourished in France, Belgium and Hungary. But who would have thought of Egypt? On the eve of WW II Cairo bristled with surprising audacity. Degenerative art was promoted, belly dancers performed wearing gas masks, a type of painting similar to those of Dalí or Ernst were popular and Man Ray would have liked to carry out the experiments with photographic overprints that took place. The catalogue reviews this diversity (presented at the Centre Pompidou until 16 January, before immigrating to the Tate Liverpool). It is carried out by a Art et Liberté group of first rate writers such as Georges Henein, Edmond Jabès or Albert Cossery. One has the impression of discovering a wrecked continent: not only because nude and sacrilegious representations were allowed, but because the cosmopolitan society had something that did not make sense. Among the participants to this creative excitement one could see beautiful Lee Miller, married to a wealthy businessman from Cairo; Armenian Ida Kar, brought up between Russia, Iran and France before becoming the wife of the English poet Victor Musgrave; Eric de Némès, a Hungarian illustrator who had spent some time in Beirut; and even Angelo de Riz, the Italian anarchist who left his country and ended up as a decorator for ballrooms and movie houses, such as the Rivoli. We know very little of these last two persons, not even their dates of birth nor the circumstances under which they died. This only makes them the more worthy of a fable. Oh, but how beautiful the Egyptian atmosphere of Surrealism was, far from the Seine!
 Art et liberté. Rupture, War and Surrealism in Egypt 1938-1948, directed by Sam Bardaouil and Till Fellrath, 2016, Skira/Centre Pompidou, 256 p., 35.

We had all been awaiting this for years, even though it seemed so hypothetical. Now the original venue of the great collection of modern art gathered at the beginning of the XXth century by Russian industrialist Shchukin has been recreated at the Fondation Louis Vuitton. The catalogue describes the man, born in 1854, who died in exile in 1936 in Paris, the origins of his passion which drew great sarcasm from his contemporaries and the admiration of his fellow businessmen. The Trubetskoy palace was open as of 1910 for visits. But this book goes even further: through the large Italian format, we enter the intimacy of the Moscow avant-guard of 1900. We discover, one room after another, the works of the collection as they were hung, shown through ancient photographs: the Cézanne cabinet, the Picasso cabinet, the former chapel (with Guillaumin and Whistler), the music room (with Monet and Maurice Denis), the dining room (with works by Gauguin and a tapestry by Burne-Jones) and of course, the pink room overflowing with works by Matisse. On one photograph we can even see traces made in black ink: they were actually made by the artist himself, as he marked where he would have liked his works painted in Tanger in 1912 to be hung. This is another proof of the rare understanding that existed between the patron and his favourite artist.
 Icons of Modern Art. The Shchukin Collection, directed by Anne Baldassari, Gallimard, 2016, 478 p., 49.90.

It has the aspect of a solid block, bound in strong cardboard, with pages that are lined. It is a surprising object, like an armoured book, as if it was made to protect a very frail content. But actually, that is the case, as it includes the thirty-two war drawings Zadkine did in 1916 under acrobatic conditions, on pieces of paper found by chance, with charcoal, ink or pencil. The artist was let off from the army in 1917, and based on this first set of colour drawings, he went to his workshop on rue Rousselet (he did not set up in the one on rue dAssas, where his museum stands today, until 1928) and produced a portfolio of etchings. His idea was to retransmit the tragedy and the boredom of the Champagne front where he was a porter with the Russian troops  of the injured on stretchers, hospitals, chess players  but also to make up for the drastic lack of income. Only four notebooks remain from the original fifty, among them the one that entered the musée Zadkine in 1993, and the artist definitely did not become wealthy through this project. They are all exhibited today together for the first time, and until 5 February 2017 and their value is difficult to estimate, equal in any case to the parallel work of Fernand Léger.
 Des(t)ins de guerre, by Véronique Koehler, Paris Musées, 2016, 196 p., 35.

In typical Taschen style, the book is 38 centimeters long and weighs over 3 kg. One could easily use a lectern to be able to leaf through it comfortably. It accompanies a travelling exhibition starting at the Schirn Francfort then at the Albertina in Viena until 22 January 2017, and is a surprising trial to render art more democratic through the bias of an old technique, wood engraving. Its interpreters were the most avant gard creators of Viena in 1900, a golden age which continues to nourish a stubborn nostalgia. These artists worked for the mythical magazine Ver Sacrum, for editors of postcards, calendars or advertising brochures, etching urban agitation, bourgeois intimacy or animals lives, and they claimed an artisanal status. Most of them have remained little known. A child asleep, a carp swimming, a passing tram. Next to Koloman Moser (one of the founders of the famous Wiener Werkstätte), many other artists deserve to come out of their anonymity: Ditha Moser (Kolomans first wife), Karl Otto Czeschka, Emil Orlik, Carl Anton Reichel, Franz Karl Delavilla, Franz von Zülow, among others.
 Art for All, directed by Tobias G. Natter, Max Hollein, Klaus Albrecht-Schröder, Taschen, 2016, 414 p., 49, 90.

Certain artists have reached a degree of excellence in representing vegetable marvels. The first that come to mind are the photographs of Karl Blossfeldt, the drawings of flowers by Joris Hoefnagel as well as by Dürer or Léonard de Vinci (who sketched, among other beauties, a few anemones), the wall paper by William Morris. The book, under a very attractive cover, carries the reader through centuries of travels, during which we run into Arab illuminators such as Abu Jafar al-Qhafiqi, American radiologists -Dain Tasker and his snapshots of roses from 1935-, baroc painters (the extraordinary oil paintings on wood by Girolamo Pini, dating back to 1615 and kept at the Musée des arts décoratifs in Paris), and even the herbarium of poet Emily Dickinson. The most recent periods are remarkably varied, next to curious tentatives by Marc Quinn (bronze, painted petals), surprising images of marijuanan under an electronic microscope, we see that the ancestral technique has not been lost: Rachel Pedder-Smith, through hundreds of hours at Kew Gardens between 2006-2009, produced delicate miniatures which a Persian master would have been proud of claiming.
 Plant, Phaidon, 2016, 352 p., 49.95.

The liberty style was the Italian version of Art nouveau, which took shape in painting as well as in epic architectures, as in the thermal baths of Salsomaggiore. This catalogue, that accompanies a retrospective regarding the palace of Magnani in Reggio Emilia (until 14 February 2017), shows the extreme diversity of the productions grouped together under this denomination. Next to large decorative paintings of which many samples have disappeared, such as café Gambrinus in Milano or café Faraglia in Rome - but there is still the hotel Villa Igea in Palermo -, decorative arts still hold an important role. The idea of a home-work of total art guides architects such as Basile and dAronco and nourishes the inspiration of master glassmakers (Galileo Chini), ceramic artists (Valerio Bertelli and his Marquess of Casati with the head of Medusa) and sculptors. Nude women are numerous and are often poisonous like in the pictural production of Lorenzo Viani or Camillo Innocenti. The landscape, which also dedicates a large place to the graphic aspects: movies, advertising and publications largely found their inspiration in the Liberty style, from the Panerai drops from Livorno to the covers of books by Gabriele DAnnunzio.
 Liberty in Italia (in Italian), directed by Francesco Parisi and Anna Villari, 2016, Silvana Editoriale, 304 p., 34.