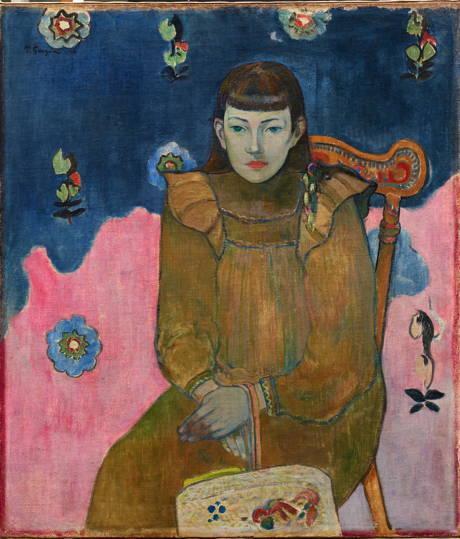 An Impressionist treasure from Denmark

PARIS  The Jacquemart-André museum has developed specific know-how in presenting private foreign art collections. In doing so it has remained faithful to the spirit of the home and the couple, since the superb private town house on boulevard Haussmann was passionately furnished and decorated by spouses Edouard André and Nélie Jacquemart in line with their constant travels throughout Europe where they dug up these treasures. Following the Roberto Longhi collection from Florence or that of Alicia Koplowitz from Spain, here we have a fund that is just as ill known, dedicated to French, XIX century painting. It was assembled by a Danish insurance magnate, Wilhelm Hansen, in a record time -1916 to 1918- and holds some true jewels of Impressionism: works by Monet, Sisley, Pissarro, humid landscapes of the Ile-de-France region or seascapes from Normandy. It also boasts of a surprising Courbet  a hunting scene in the Franche-Comté region, in which two terrified does run across the sparkling snow. We will of course also admire Cézannes Bathers. But the most impressive segment is the one dedicated to Gauguin, with various canvases, among which the Blue Trees or the clever portrait of Jeanne Goupil, a young French girl from Papeete whose father was a local authority. Aside from the quality of the paintings, the exhibition has a very interesting story to tell: following a dazzling period in their lives, Wilhelm Hansen and his wife were destitute following the bankruptcy of a large Danish bank in 1923. They sold their collection to repay their debts, and shortly after a second collection that was almost as remarkable as the first. They later bestowed it to the State with the small manor of Ordrupgaard where it is housed. This resistance in the face of adversity, this strength, this obsession, are the real traits of true collectors.
Le Jardin secret des Hansen at the musée Jacquemart-André, from 15 September 2017 to 22 January 2018.

Jacques Dodeman passed away on the last day of the month of August. He had a long and rich career, during which he was, among the many other interests he pursued, the founder of artaujourdhui.info. It was in September 2001 that Jacques Dodeman, with his usual youthful hot headedness and enthusiasm launched this new adventure. He was then 76 years old. At the time most museums were taking their first steps in digital practices. Yet he went in to starting a daily website on information on art, with an agenda that listed thousands of exhibitions throughout the world, through data bases fed by five, full-time archive specialists. He always had a passion for innovation and news technologies: it was he who started the current base of French edition, Electre, which surveys all books available. He had developed the first version in the 70s, on the big computers of the Ecole des Mines (the national school of mining engineering). He was also active with microfiche, as he worked relentlessly at miniaturizing and storing four hundred dictionaries of the French language, as well as the complete publications of the newspaper Le Monde. These are but a few of the chapters of a life that was worthy of a novel though he would have scoffed at this description-. He did write it himself, in a book published in 2014, Mémoires de papier. Souvenirs dun commis voyageur en culture française(Paper memories. Souvenirs of a traveling salesman of French culture). The reader will learn of his heavy responsibilities during the long twenty years at the Hachette publishing house, from 1950 to 1970, as well as the founding of the magazine Stratégies then Journal des Arts; of the production of movies that won prizes at Cannes, on the teaching of French. There was also his collaboration with the king of cheese, Androuet, for his kitchen recipes. There are so many anecdotes: as an adolescent he took part in the Resistance in Toulouse; in 1955 he was one of the first French men to set foot in Hanoi following the war in Indochina (to give out school books); he enchanted Philippe Soupault with a bottle of ordinary red wine, and ran into Nat King Cole during a cyclone In Hawaii. Many of these stories are serious, others less so. For those like us who knew him and regret his departure, we keep in mind and in our hearts the memory of a man with a strong character and with great intuition, an innovator, a man who was curious, inventive, and of great culture. The pleasure we had of sharing with him the adventure of artaujourdhui.info, where he remained involved up to his vey last years, comes together with the responsibility of ensuring the continuity of a website that is now 16 years old. A sweet little sixteen which has lost his exhaustive character but which now, in the current flood of information, aims at offering a clear, lucid, selective, and open perspective of the world. This is a rather detached and cosmopolitan vision of the world, which could be that of the honest man of our times. The honest man who Jacques Dodeman no doubt was.
 Jacques Dodeman, born on 5 February 1925 at Lamotte-Beuvron, died on 31 August 2017 in Paris.

The Longobards: ferocious but refined

PAVIA  They gave their name to a whole region and to a political party that was clearly racist. But the Longobards were above all a barbaric people, who arrived in Italy in the wake of the fall of the Roman Empire. They imposed their will through military brutality. The French know Pavia for the monumental defeat suffered there by king Francis I. The city was their capital, from where the power of the men with long beards spread to all of Italy, which they dominated for two centuries. Their culture is exhibited for us through an impressive collection of 300 objects brought in from 80 museums throughout the world. The most refined productions by Longobard craftsmen, including steles, gold work, fragmented enamels, work on horn and ivory, and bronze weapons, are presented here. The exhibition all reports on the latest discoveries, in particular the content of tombs unearthed in the region of Cuneo.
 I Longobardi at Castello Visconteo, from 1 September to 3 December 2017.

MARSEILLE  As you mention the name of Jack London, out come visions of pearl fishermen in the bay of San Francisco, endless journeys on tracks or blue reflections in the Great North. One of the most ambitious projects of that perpetual vagabond was his trip to the Pacific. He carried it out in 1907-1909, when he had turned forty, on a sailboat especially designed, the Snark, and which allowed him to reach Hawaii, the Marquises and the Salomon islands. This deep rooted need to get away from everything and to discover  similar to that of Gauguin a few years earlier  is staged here with a series of pieces (sea instruments, photographs, masks, headdresses and shields) from European and mostly American collections.
 Jack London, dans les mers du Sud, at the Vieille Charité, from 8 September 2017 to 7 January 2018.

Pieter Bruegel the Elder, The Painter and the Buyer, ca. 1565 © The Albertina Museum, Vienna.

Bruegel, the details in life

VIENNA  Spring and summer at the same time? We always rejoice when the month of May s particularly warm. But here, at the Albertina, this situation concerns two drawings by Bruegel that are rarely shown together, and which are among his most beautiful, and among his last. By picking through its own very rich collection, and putting in some works on loan, the museum shows viewers the virtuosity of the artist as a drawer: when we plunge into his group scenes, such as a country fair, the workshop of an alchemist, or a group of undisciplined school children, we explore colorful details. The artist always had a weakness for what is grotesque, abnormal, or warped.
 Bruegel. Drawing the World at the Albertina, from 8 September to 3 December 2017.

What is left of painting?

The month of September is always an ideal period for drawing up a statement or to start everything all over again. When one sees the unlimited number of new exhibitions, which is almost as long as that of new books, one can not refrain from wondering about the nature of painting. Does it still exist, after its demise was announced given the new media and performances? Is the figurative on the brink of death coming back from its ashes? What about the material technique and the capacity to imitate reality, which the elders so admired? In this best of of young world painters (in which the author did not hesitate to include older artists such as Etel Adnan or Peter Dreher), the Chinese are clearly the ones who pick up after Realism. The meticulousness with which Yuan Yuan gives life to interior scenes full of reflections and gold brings to mind the vanished refinement of the 18th century. Political and social concerns dont seem to be overly present but they are elaborately dealt with, whether it is a thought on the post-colonial situation as seen by Meleko Mokgosi (Botswana) or portraits of Eder Oliveira on the walls of towns in the Amazon region, which refer to class racism. The variety of sources of inspiration, of the supports (Donald Moffett uses cotton, steel tubes, galvanized buckets), of the means (abstract, geometric, or introspection all have their followers of course) is stimulating. We can say, without hesitating, that painting is not dead! Its a shame the texts are written in microscopic letters, which are not very friendly for the eyes of older amateurs.
 Vitamin P3. New Perspectives in Painting, collective work, Phaidon, 2017, 352 p., 59.95.

BERLIN - The Berlin Art Week is being held until 17 September 2017.

PARIS - The Biennale des antiquaires is being held at the Grand Palais until 17 September 2017.

PARIS - The Parcours des mondes is being held until 17 September 2017.